Being watchful to not miss the correct 'exit' when on an interchange hardly lets you enjoy the drive and the surroundings. Never mind! This ScienceStruck post brings you all those glimpses of the most astounding flyovers, you probably missed out on. This Puxi Interchange has merged the Nanbei Elevated Road and the Yan'an Elevated Road, and also has service roads at the bottom levels. At the central interchange, there stands a pillar known as the Nine-dragon Pillar.

Being watchful to not miss the correct ‘exit’ when on an interchange hardly lets you enjoy the drive and the surroundings. Never mind! This ScienceStruck post brings you all those glimpses of the most astounding flyovers, you probably missed out on. This Puxi Interchange has merged the Nanbei Elevated Road and the Yan’an Elevated Road, and also has service roads at the bottom levels. At the central interchange, there stands a pillar known as the Nine-dragon Pillar. 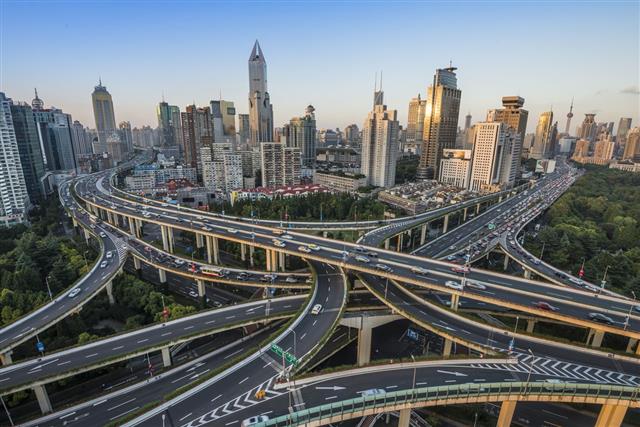 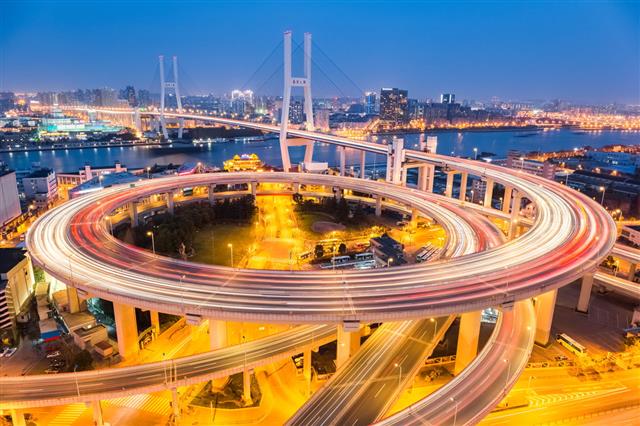 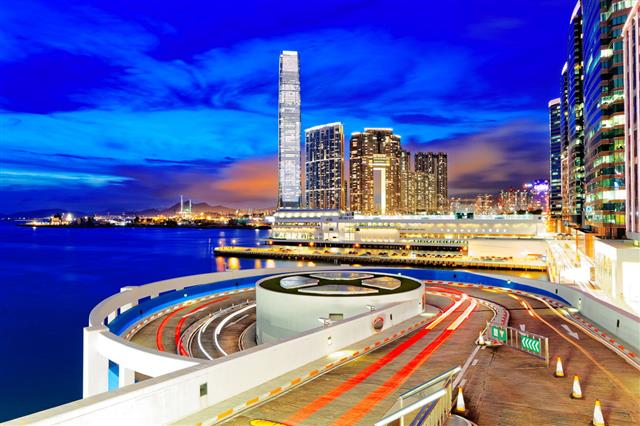 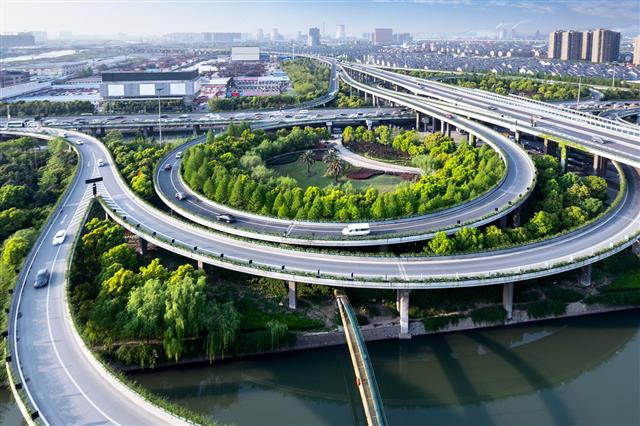 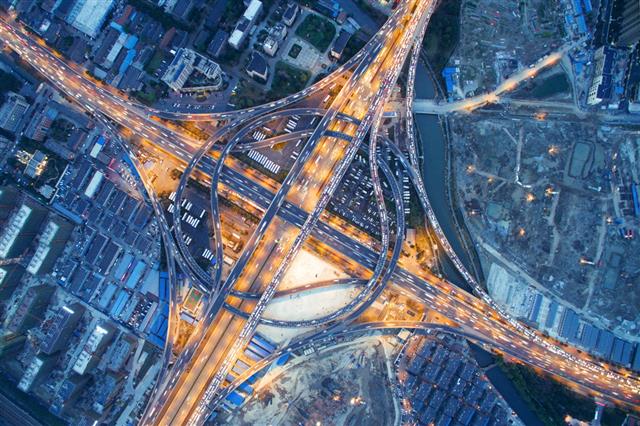 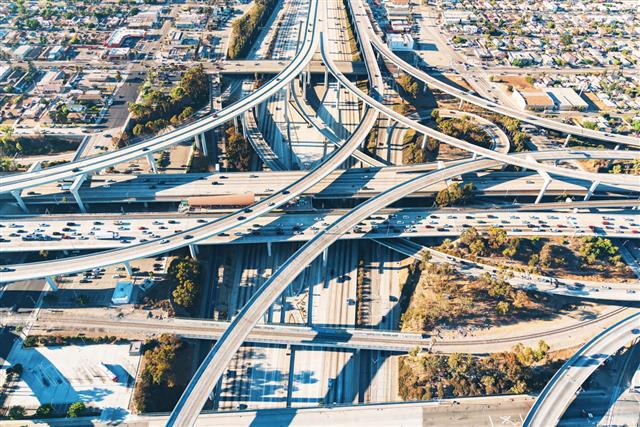 An overpass (known as flyover in the UK and most Commonwealth countries), can be a bridge, road, an interchange, or railway crossing. It resembles a junction or a crossroad, often a stack of roads.

Watching the world from the top is an experience in itself. Flying on a plane gives you that one-of-its-kind bird’s-eye view. So does a long drive via an overpass. While you drive and ‘are up above the world, so high’, it is a pleasure to know that it has been built quite higher than you actually thought.

But if, by any chance, driving yourself home by the same highway everyday has caused all the fun element to drift away. Take a look at some of the most beautiful flyovers in the world that have smartly used grade separation to ensure a smooth transit.

Amazing Flyovers Around the World

Don’t go by the entangled look of this structure. Always busy, this overpass in Los Angeles has a High-occupancy Vehicle (HOV) or carpool lane, and a Harbor Transitway. It is a meeting point primarily for two freeways, Interstate-105 (Glenn M. Anderson Freeway) and Interstate-110 (Harbor Freeway). This flyover is named after the federal judge who was ruling the case for the construction of Freeway I-105.

Though it opened in 1972, it got its name in 1965. The sub-editor of the local Birmingham Evening Mail had titled the news article of the then unfinished flyover construction as ‘Spaghetti Junction’. The real name of this intersection is Gravelly Hill Interchange.

The Binhai bridge in the northern Chinese municipality of Tianjin is next on the list of the world’s most amazing flyovers. With a length of 5.3 km, it connects the city’s port, the Tianjin Development Zone, and the old urban district. Besides, it looks spectacular at night.

With five interchange ramps, this ‘high five’ is a composition of 37 bridges spread across all five levels. It joins the Lyndon B. Johnson Freeway (Interstate 635) and the Central Expressway (US Highway 75). Interestingly, this overpass in Texas, USA, has a biking and hiking trail under all five planes, which is called the Cottonwood Trail.

Or, as it is officially known, the Jane Byrne Interchange in the United States, puts together the Dan Ryan, Kennedy and Eisenhower expressways. An example of a ‘turbine interchange’, this structure differs from the usual four or five-level stack interchanges. The design is more flattened. However, it is rather known for its heavy traffic and congestion.

One of the largest cloverleaf interchanges in Asia, the Kathipara junction is situated in the southern Indian city of Chennai. It eases the traffic inflow from four different roads, including the Grand Southern Trunk Road or National Highway 45. Maduravoyal, also in Chennai, is another crucial cloverleaf junction built in 2010, where the National Highway 4 and Chennai Bypass intersect.

Tom Moreland, after whom the stack interchange is named, is an ex-commissioner of the Georgia Department of Transportation. He served during the 1980s. This flyover in the United States connects the Interstate 85, Interstate 285, and many other access roads along its five stacks. It was built to especially eliminate the frequent congestion caused at the intersection. 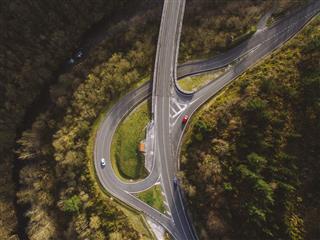 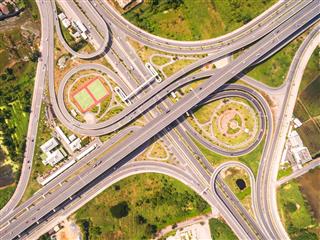 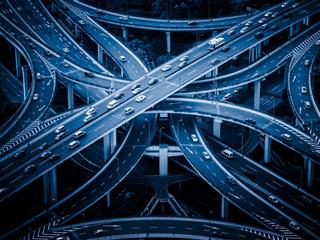 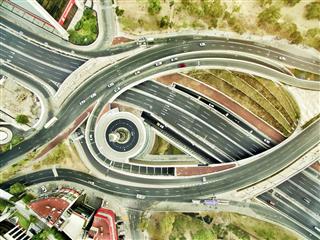 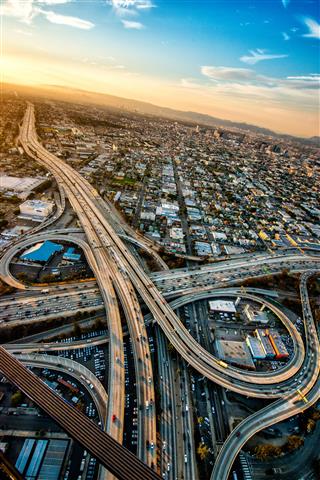 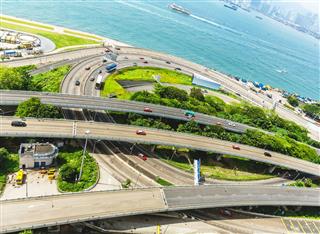