The Amusing Story Behind Who Discovered Sulfur and When

The origin of sulfur's use is shrouded in mystery. However, this post does its best to provide you information about the person credited for discovering this element.

Home / Uncategorized / The Amusing Story Behind Who Discovered Sulfur and When 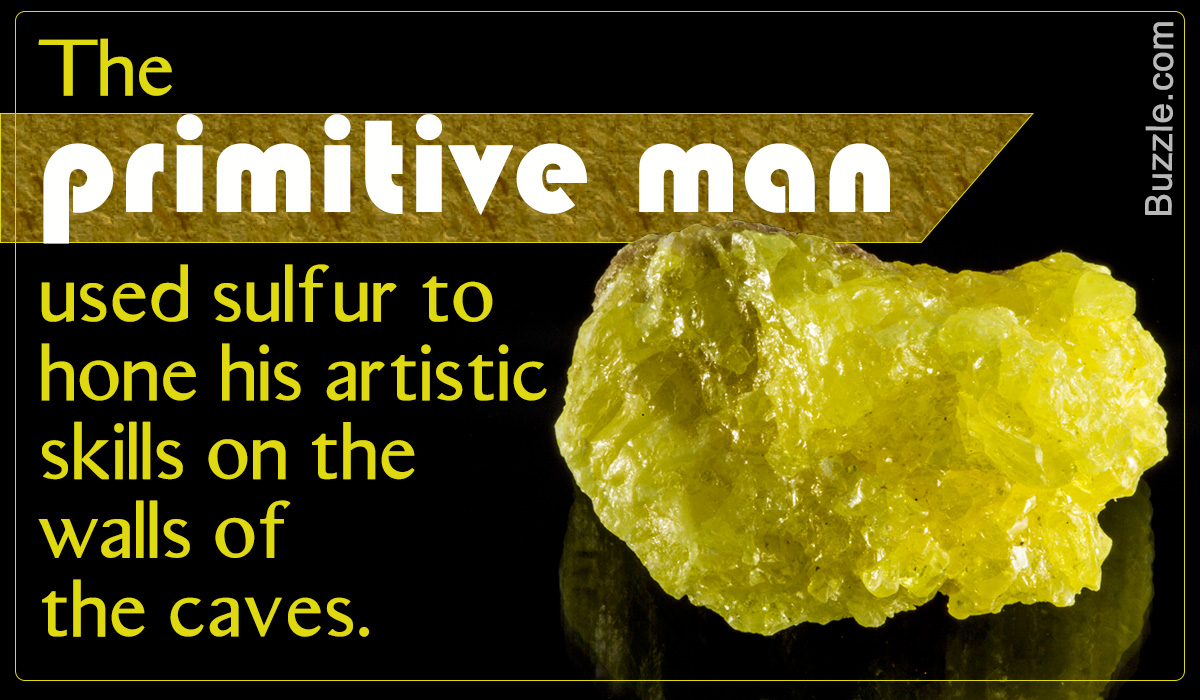 The origin of sulfur’s use is shrouded in mystery. However, this post does its best to provide you information about the person credited for discovering this element.

Sulfur carries atomic number 16 and has the symbol S. It can be categorized as a non-metal element. Its pure element form is made of lemon-yellow crystals. Sulfide and sulfate minerals, which are a rich source of sulfur, are commonly found underground. Countries like United States, China, Japan, Mexico, Russia, Canada, etc. are its major producers. Also known as brimstone, it is commercially utilized in making fungicides, insecticides, gunpowder and matches. Sulfuric acid, which is the main byproduct of sulfur, is primarily used in making fertilizers, petroleum industry, making storage batteries, and so on.

The credit for discovering sulfur is given to Hennig Brand (1669), however it was identified by Antoine Lavoisier in 1777. But scholars believe that no single person was responsible for discovering this non-metallic element because it has been in usage since ancient times for alchemy and other purposes.

The word sulfur is believed to be taken from Sanskrit sulvere. The natives of Campania, an ancient country which included Vesuvius containing rich sulfur deposits, called it sulpur in Latin and hence the name. The primitive man used sulfur to hone his artistic skills on the walls of the caves. This is because of its quality of illuminating in the dark. Sulfur even has biblical references as quoted by The Book Of Genesis where it is specifically cited that God punished evildoers in Sodom and Gomorrah by raining brimstone (ancient name of sulfur) and fire upon them. In Egyptian religious ceremonies, sulfur played a significant role and was also used for its medicinal properties particularly for treating granular eyelids.

Even though the usage of sulfur was quite prevalent among the alchemists circle since time immemorial, it was in the year 1777, when Antoine Lavoisier – an investor and administer of a bank in France, convinced the world that sulfur is not a compound but an element. When burned, sulfur melts down into red color liquid. It’s not surprising that Romans and Greeks were fascinated by this yellowish crystal stone and used it for igniting a blue flame and for the fireworks displays in their circuses and carnivals. During 6th century B. C. in Zhou dynasty, Chinese called the natural form of sulfur as shiliuhuang and were curious about its flammable properties particularly its reactions with other metals. In Confucian era, they figured it out that by mixing potassium nitrate, charcoal along with sulfur, the resultant product was gunpowder which was packed into bamboo tubes to be used as a primitive flame thrower.

With the advent of Industrial Revolution, the demand for sulfur increased tremendously across the world, especially in the European continent. Since the ores of sulfur in its pure form are a scarcity, ores of sulfides and sulfates are extracted through a process called Frasch process which enabled the miners to drill through the exterior surface to reach to the sulfur deposits. Though the natural form of this element is found only in a few select areas in the world, compounds like sulfuric acid, hydrogen sulfide, sulfur dioxide, etc. made up for the dearth of natural sulfur. In United States, almost 90% of the sulfur production is converted into sulfuric acid because of its widespread industrial and agricultural usage.

● Organic sulfur is present in the human body in trace amounts. The right content of sulfur is important for the development of nerves and hair in the body. When human hair is burned, it gives a foul smell which is due to the presence of sulfur.

● Compounds of sulfur, mainly sulfur dioxide, is used in the treatment of waste water to neutralize excess chlorine from the treated water.

● The main sources of sulfur are meteorites and volcanoes. In fact, some of the volcanoes along the Pacific’s Ring of Fire are laden with large deposits of this element.

● In the 17th century, the children were often given a spoonful of spring tonic which is a mix of molasses and sulfur. This tonic was used to purify the blood and work as a laxative.

● Do you know why onions make you tear up? The main culprit behind it is the hydrogen sulfide gas present in this vegetable which gets released on cutting the bulb. When this gas comes in contact with your eyes, tears are formed in order to wash away the irritant.

You can find sulfur and its compounds almost everywhere, from textile and paper production to the manufacturing of several life-saving drugs. When mixed with iron, it resembles something that appears as gold. This resultant compound, iron sulfide, has earned the name fool’s gold as it had been mistaken for gold by several people.