Intriguing Facts About the Discovery and Applications of Calcium

We all are aware of the fact that calcium is one of the most essential constituents of leaves, bones, teeth, and shells. But do we know who discovered it? This article will tell you more...

Home / Uncategorized / Intriguing Facts About the Discovery and Applications of Calcium

We all are aware of the fact that calcium is one of the most essential constituents of leaves, bones, teeth, and shells. But do we know who discovered it? This article will tell you more… 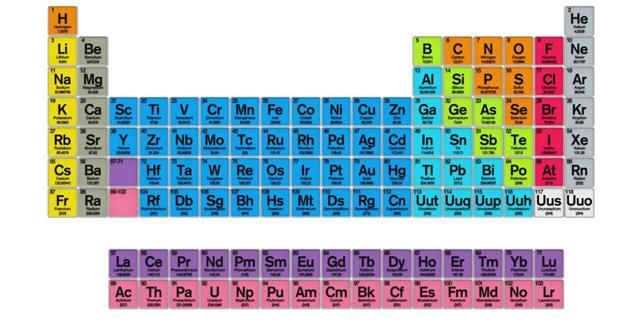 The fifth-most abundant element present in the Earth’s crust, calcium, is found in nature in the form of various minerals, including limestone, gypsum, and fluorite. But who proved the existence of this mineral?

Sir Humphrey Davy discovered calcium in the year of 1808. He was a British chemist and an inventor. He made the discovery by electrolyzing a mixture of lime and mercuric oxide. His studies based on electrolysis helped him in the discoveries of magnesium, boron, and barium, as well. Later, he became a well-known public figure for his work regarding electrolysis, sodium, potassium, calcium, magnesium, barium, boron, and (the) Davy lamp.

According to Mendeleev’s periodic table, Calcium has an atomic number of 20, and an atomic mass of 40.078 amu (atomic mass unit. This element derived its name from a Latin word, ‘calcis’, which means lime. Since calcium is found in the Earth’s crust, it is characterized under the Group 2 elements of the periodic table, i.e., Alkaline Earth Metals. About 3.5% of the Earth’s crust is composed of this metal, and it is only found in living organisms. Its melting point is 1112.15 °K (839.0 °C), and boiling point is 1757.15 °K (1484.0 °C).

The first use, or you may even call it a necessity, is for our body. Apart from its requirement for the growth and development of bones, calcium is also required for keeping our muscles and nerves working properly. It also helps blood clot, and in the process, it keeps a check on the various functions of our heart. Deficiency of this essential nutrient, invites bouts of illnesses and several medical conditions, such as osteoporosis (brittle bones), and hypocalcemia (abnormally low level of calcium in the blood; associated with hypoparathyroidism or kidney malfunction or vitamin D deficiency).

The rigidity of the skeletons of living beings is derived from calcium, and for this reason, eggs laid by birds and shells of mollusks comprise calcium carbonate. It plays an important part in the growth of plants, along with many other nutrients.

Now let’s talk about its uses in different industrial applications. Nonferrous alloys require cleansing, and this is done with the help of calcium, as it has a strong affinity for oxygen and sulfur. For various ferrous and nonferrous alloys, it is employed as a deoxidiser, desulphuriser, and decarburiser (deoxidizer, desulphurizer, and decarburizer). Apart from being used for hardening lead, it is also used as an alloying agent in the production of aluminum, beryllium, copper, lead, and magnesium alloys. The production of substances like lime, bricks, cement, glass, paint, paper, sugar, glazes, etc., has calcium as one of its prime constituents.

Various compounds of calcium find their use in several foods, pharmaceutical, and medical industries. You may find it common that oyster shells are an important source for animal feeds, as these are rich sources of calcium carbonate (CaCO3). A rich source of calcium is milk, and it is used for the production of various foods in the dairy industry. Calcium lactobionate (C12H22O12) is used in pharmaceutical industries in a white powdered form. It is considered to contain 4.94% calcium.

Other common calcium compounds and their uses are as follows:

As you can see, calcium and its various forms have a lot of use and applications.