What is Quicklime and How is it Made? 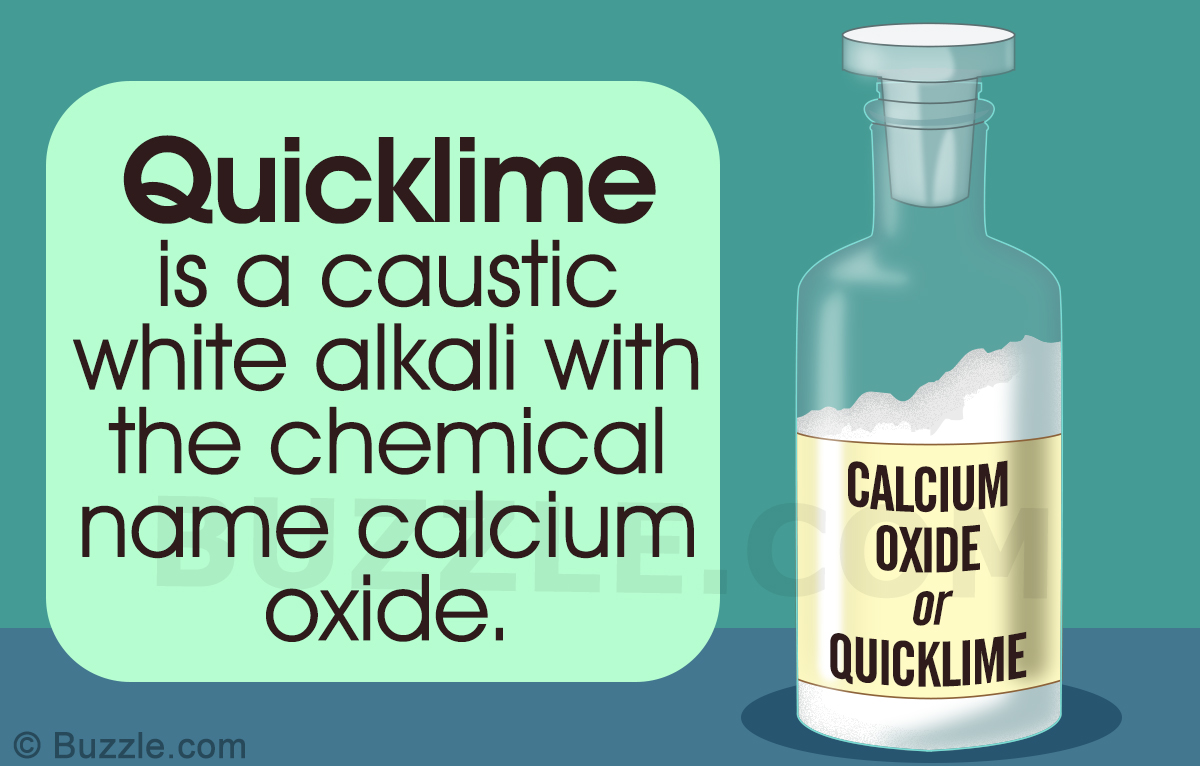 The production of quicklime is one of the oldest chemical processes developed by mankind. But there is often a lot of confusion between terms like lime and quicklime. Are you wondering what quicklime is, and what it is made of? Then you’ve come to the right page! ScienceStruck gives you a lot of information about quicklime, and explains how it is industrially made.

Contrary to a myth, it is not possible to destroy a corpse by burying it in quicklime. Rather, this slows down the process of decay by drying out the body tissues, resulting in the body getting mummified.

The term ‘lime’ is commonly used to denote all calcium-based inorganic substances. Actually, there are two types of lime – quicklime and slaked lime. The name ‘quicklime’ comes from the property of the substance to react vigorously or ‘quickly’ with water. Being highly caustic in nature, it is said to have a ‘thirst’ for water. So when water is added to quicklime, this thirst gets quenched or ‘slaked’, and hence, slaked lime is formed. Quicklime is known by a wide range of names, like unslaked lime, burnt lime, chemical lime, fat lime, or sometimes just lime.

Quicklime is obtained by ‘burning’ or heating calcium carbonate, which occurs in natural limestone deposits. This process is one of the oldest chemical operations discovered by man, being used all over the world. In India, for example, quicklime was used for waterproofing boats, while in ancient Greece, it was used as a ingredient of the naval weapon ‘Greek Fire’. Due to this, most ancient languages have a word for quicklime, such as ‘calx’ in Latin, and ‘lim’ in Old English. While older lime kilns allowed quicklime to be produced only in batches, modern kiln designs allow for continuous extraction. Also, kilns are much more energy-efficient today, and are capable of reusing the heat generated by the fuel. 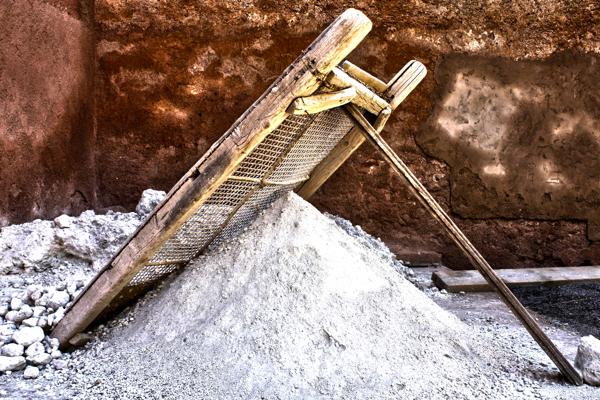 Quicklime is a caustic compound known by its chemical name calcium oxide (CaO). It appears as a white powder when cold, and yellow when heated. Quicklime is produced by heating naturally-occurring limestone rock, which contains calcium carbonate. Being highly alkaline in nature, quicklime tends to react with the acidic carbon dioxide present in the atmosphere to again form calcium carbonate, or limestone, from which it was produced in the first place.

To prevent this reaction, when quicklime is produced, it is often slaked with water to form hydrated lime or calcium hydroxide, which is more stable. If used by itself, quicklime needs to be insulated from the atmosphere by air-tight packaging. 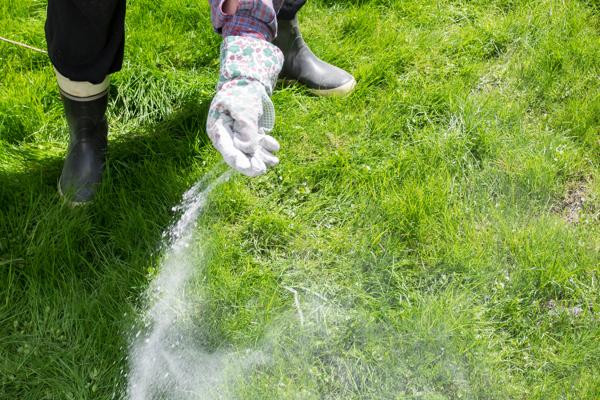 It is used as an ingredient of cement.

Quicklime is used to treat biological waste in waste water. 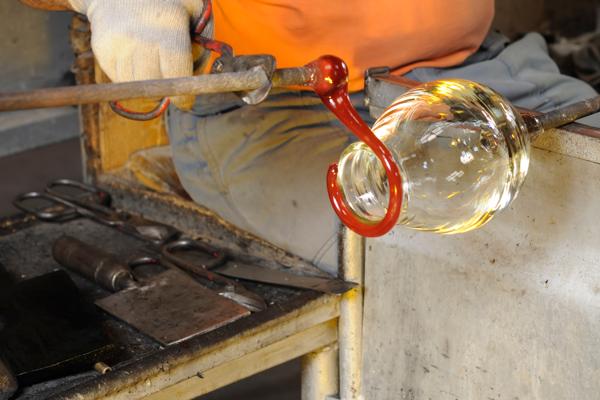 It is used as a flux to purify steel in metallurgy.

It is used in the manufacture of porcelain and glass.

Quicklime is used in lamps, due to the bright light produced on hydration. 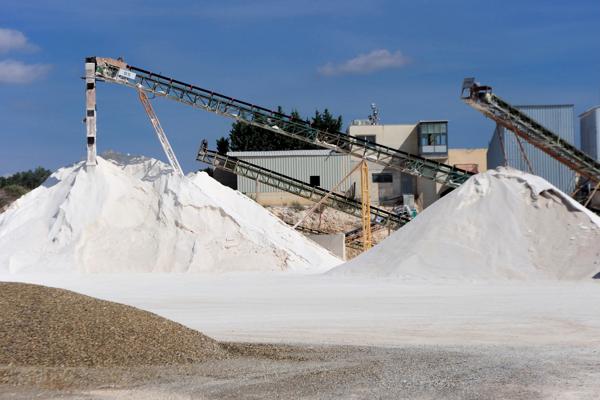 Limestone is extracted from quarries by the use of explosives to break down the limestone deposits into large rocks. These rocks are then transported to a crushing facility where they are broken into smaller fragments, followed by screening for their size and chemical composition. The rocks that are small enough are transported to a kiln for calcination, while those that are too large are recycled to the crusher to reduce them to smaller sizes. The rocks are then washed to remove impurities like clay from them, before being sent to the kiln.

After the limestone rocks are processed, they are transported to a lime kiln for calcination. This is the process where the limestone is heated to a temperature above 1,472ºF for decarbonation, i.e., removal of carbon dioxide in gaseous form, to produce quicklime. Almost half of the limestone’s weight is lost as carbon dioxide. The kiln contains entry points for fuel, air, and the raw material – limestone. It has two outlets, one from which the produced quicklime can be extracted, and the carbon dioxide produced is removed from the other. The fuel used in most modern kilns is natural gas, though coke or coal can also be used.

The chemical reaction occurring in calcination is:

The calcium oxide produced is in the form of white lumps. It can either be crushed or ground, after which, it can be mixed with specific impurities to form composites. But the most common treatment is slaking, or addition of water to the quicklime. This is an exothermic reaction, which means it results in the evolution of a large quantity of heat to form calcium hydroxide or slaked lime. The process of hydration is carried out in a continuous hydrator, after which micron-sized slaked lime particles are produced. These light and fluffy particles are then screened by air separators which allow only fine particles to pass through.

The chemical reaction of hydration is:

If you are wondering how to make quicklime at home, then all you need is something made of calcium carbonate, such as a piece of chalk or some seashells. Heat this over a flame until it turns red hot, and there, you have just made yourself some quicklime. However, doing this is not recommended, as quicklime, being a strong alkali, is just as corrosive as a strong acid. It can burn the skin, and its fumes can perforate the nasal lining as well. So, always wear protective gear, like gloves and a safety mask, when handling quicklime.