What Does Breaking the Sound Barrier Mean?

When an object moves faster than the speed of sound, the object is said to have broken the sound barrier. In this article, we will take a look at this phenomenon, and study its causes and effects closely.

Home / Uncategorized / What Does Breaking the Sound Barrier Mean? 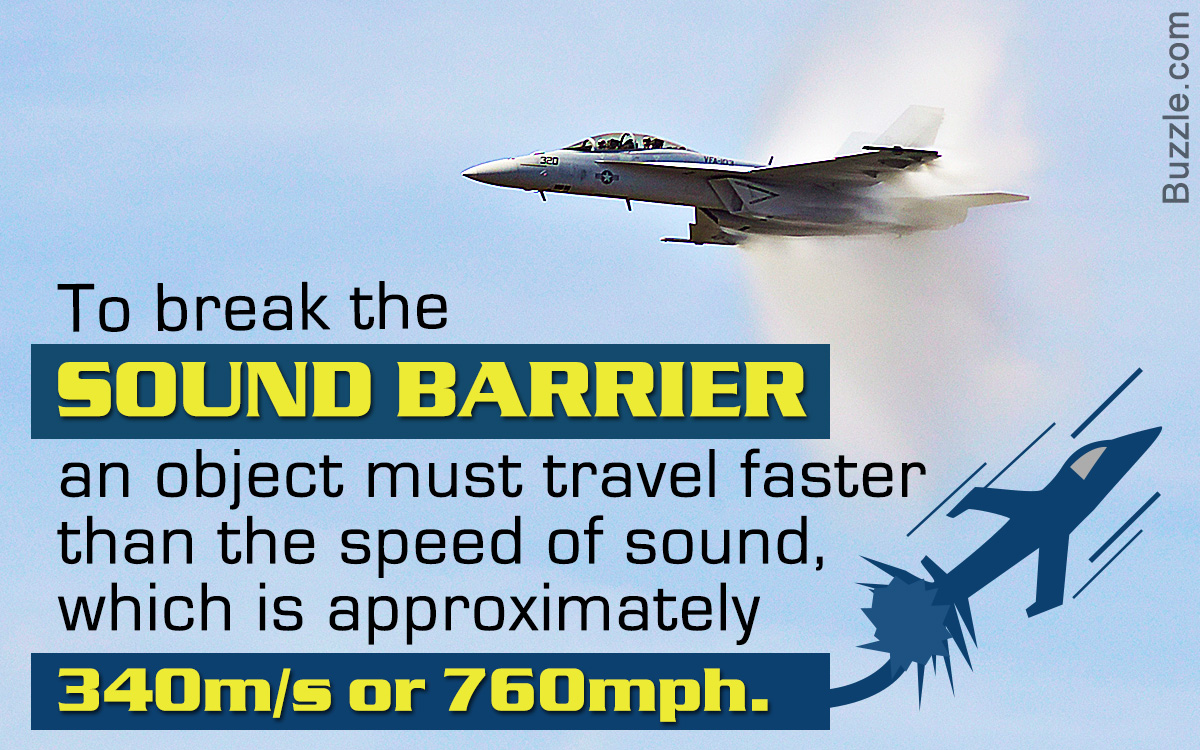 When an object moves faster than the speed of sound, the object is said to have broken the sound barrier. In this article, we will take a look at this phenomenon, and study its causes and effects closely. 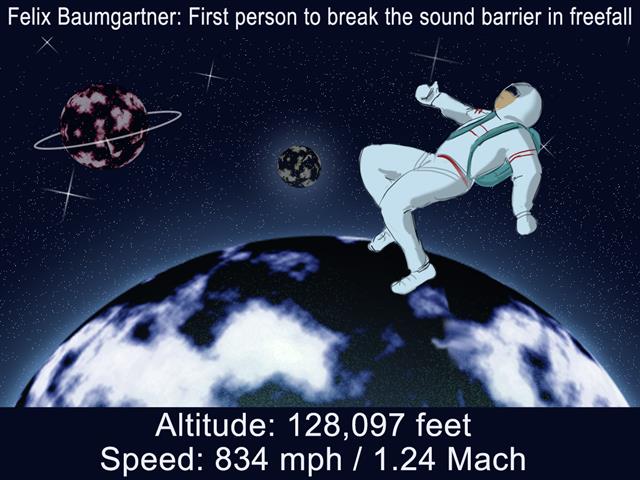 The vapor cones that one sees around an aircraft approaching transonic velocity occur due to shock waves of supersonic flow speed, which causes reduction in air pressure and the condensation of atmospheric water.

What is a Sound Barrier?

The sound barrier can be defined as a hypothetical barrier to flight beyond the speed of sound, so postulated because the aircraft undergoes an abruptly increasing drag force induced by compression of the surrounding air when traveling near the speed of sound. With advances in military aviation technology, planes such as the F/A-18F Super Hornet and the F-22 Raptor accelerate past the sound speed and break the sound barrier, creating loud sonic booms on a regular basis.

At sea level and at a standard temperature of 22 degrees Celsius, sound waves travel at around 340 meters per second (m/s) (760 mph). The speed of sound decreases or increases in direct proportion to the surrounding temperature and the density of the medium. Accordingly, the speed of breaking the sound barrier changes with the surrounding atmospheric conditions. An easy example to see the sound barrier being broken is the crack that a bullwhip makes, where the tip of the whip moves faster than the speed of sound, causing the cracking sound (a small sonic boom).

What Happens When the Sound Barrier is Broken?

To understand what happens when an object breaks the sound barrier, one must consider sound as a wave with limited speed. We also have to look at how the airflow around the airplane changes with the increase in its speed.

At Less Than the Speed of Sound:

At the Speed of Sound:

When the plane reaches the speed equaling that of sound, the pressure disturbances gather together in front of the aircraft. The plane gets very close to the waves of pressure it is creating due to its high-powered forward thrust. This causes a sudden and significant increase in drag, as the airflow has very little time to adjust, and gets compressed into a wall or barrier.

Greater Than the Speed of Sound:

As the airplane now moves faster than sound, and moves into supersonic speed, the air has absolutely no chance to adjust, causing massive shock waves, which can be associated with the sonic boom, as the sound emitted from the plane reaches the observer much later than the airplane. A sonic boom will only be heard once the airplane passes the observer, as air rushes in to fill the low-pressure space created behind the plane. When a jet breaks the sound barrier, most sonic booms can be heard as a short but loud clap of thunder. The intensity of a sonic boom does not change with higher or lower acceleration, rather, it is affected by the size of the airplane, i.e., a larger aircraft will displace a larger amount of air, resulting in a larger boom.

In the early 1930s, researchers turned their attention towards the challenges that pilots faced while trying to reach supersonic speeds. Although other objects, such as bullets, canon balls, and meteors were known to go faster than sound, it was highly doubtful whether an airplane or a person could stand the pressures of moving with such velocity. The US Air Force decided to put the theories to the test.

Finally, on the 14th of October 1947, with almost a decade of research, U.S. Air Force Captain Chuck Yeager became the first man to successfully break the sound barrier in human history, in the cockpit of an experimental rocket-powered plane, named the Bell-X1. This event paved the way for human spaceflight and extraterrestrial exploration. By the end of the 1950s, jet planes were routinely breaking this speed record.

On October 14, 2012, exactly 65 years after this feat was accomplished, another man, named Felix Baumgartner, broke the sound barrier. However, he did it completely unaided, as he jumped off a helium weather balloon floating in the stratosphere at a height of 128,097 feet (24 miles) from the Earth’s surface. After jumping, Felix remained in freefall for around 34 seconds, when he broke the sound barrier and reached speeds of around 834 mph (mach 1.24). This high speed was possible due to the low pressure and air resistance in the stratosphere.

Despite being a common ability for most airplanes nowadays, breaking the sound barrier is not cheap, as pushing through the wall of air adversely affects fuel economy. This is why commercial airliners abstain from going supersonic. This success of breaking the sound barrier has inspired people from around the world, and proved that with will and courage, any barrier can eventually be broken.