Calcium carbonate, one of the most beneficial compounds, has multiple applications in various industries. It is also beneficial for human and animal health, and the environment. This article will give you information about the various uses of calcium carbonate. 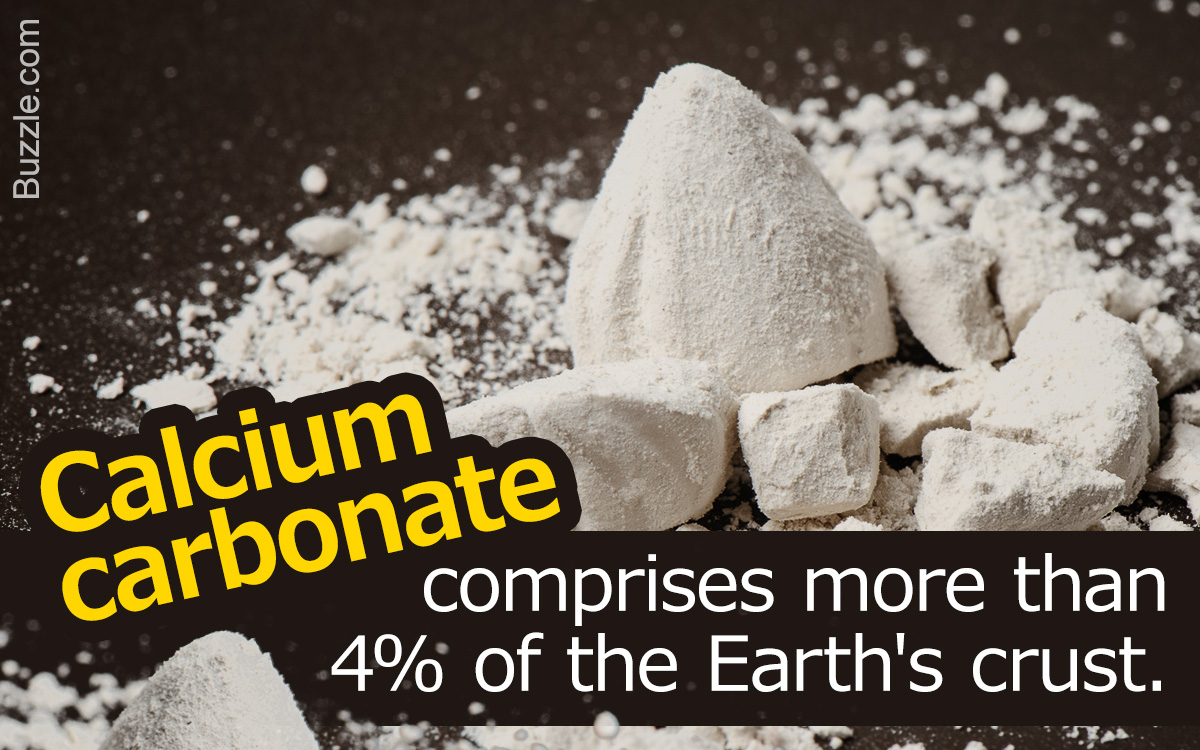 Calcium carbonate, one of the most beneficial compounds, has multiple applications in various industries. It is also beneficial for human and animal health, and the environment. This article will give you information about the various uses of calcium carbonate.

The world’s oldest structure is made of calcium carbonate. Khufu’s Pyramid, also known as the ‘Great Pyramid’ consists of 2.5 million limestone blocks (each weighing an average of 2.5 tons).

▶ Calcium supplements that contain calcium carbonate are prescribed by doctors as a remedy for diarrhea or as an antacid.

▶ A combination of calcium carbonate and magnesium helps to reduce diarrhea among people who suffer from irritable bowel syndrome (IBS).

▶ It has gastric antacid qualities and is used as a medication for symptoms like heartburn and stomach upset caused by acidity.

▶ It is also used to treat GERD and Peptic ulcers.

▶ It is used as a dietary supplement as it is rich in calcium, and can be of help in the treatment of hyperphosphatemia.

▶ Calcium supplements (in the form of calcium carbonate) are effective in treating certain ailments related to calcium deficiency like bone loss and osteoporosis.

▶ They are used in managing premenstrual syndrome symptoms.

▶ It helps maintain the overall pH balance of the body.

▶ Calcium carbonate is used in the purification and separation of iron from its ore.

▶ It is often used in swimming pools for maintaining the alkalinity of water and countervailing acidic properties of the disinfectant.

▶ As it is heavy, calcium carbonate increases the density of drilling fluids and helps in controlling the down hole pressure. Hence it is widely used in the oil industry. It is also added to drilling fluids as a formation bridging and filter-cake sealing agent.

▶ The decomposition of calcium carbonate gives carbon dioxide and lime, which is of use in the glass, steel, and paper industries.

▶ Calcium carbonate is the most preferred mineral in the paper industry, used for filling and coating paper.

▶ It is used as a filler in sealants and adhesives. Calcium carbonate is also used in the production of mortar which is utilized for making concrete blocks, bonding bricks, rubber compounds, tiles, etc.

▶ It is also used in the production of baking powder, dry-mix dessert mixes, dough, wine, etc., and as a part of animal feed.

▶ Calcium carbonate crystals (calcite) have a double refraction property due to which they find applications in optics.

▶ In case of whitewashing, calcium hydroxide reacts with carbon dioxide in air to form calcium carbonate, which forms a thin layer on the walls, giving them a gloss.

▶ About 10 -20% calcium carbonate is present in printing and writing papers. It is used to replace kaolin in the manufacture of glossy paper. It is also used to make acid-free paper.

▶ Calcium carbonate is a primary component of garden lime, also known as agricultural lime, which is used for neutralizing acidic soil and to enhance soil quality.

▶ Garden lime when added to soil, acts as a rich source of calcium for plants and increases the pH and water-retaining capacity of acidic soils.

▶ It is a rich source of calcium, and is beneficial for the crops. Also, it enhances the consumption of essential plant nutrients like nitrogen, phosphorus, and potassium in acidic soils.

▶ An experiment conducted by Ken Simmons has proved that calcium carbonate helps neutralize the effects of harmful acid rains in a river water ecosystem.

▶ Ground calcium carbonate (GCC) acts as a reagent in flue-gas desulfurization applications by eliminating sulfur dioxide emissions from coal and other fossil fuels.

▶ It also helps neutralize acidic water from the mines and in the treatment of drinking as well as waste water.

▶ The paste of calcium carbonate and deionized water is used to clean the tarnish on silver.

▶ It is a food additive (designated E170) and bears the INS number 170. It is also used as a food preservative. Calcium carbonate is also utilized as a color retainer for organic apples and other foods. It acts like a firming agent for many canned or bottled vegetable products.

▶ It is used as an anti-caking agent, acidity regulator, and stabilizer in USA, Australia, EU, and New Zealand. It is also used in soy milk and almond milk as a source of calcium.

▶ It is used as blackboard chalk. Finely ground calcium carbonate (GCC) is used for the preparation of microporous films in baby diapers.

▶ Calcium carbonate is used in homeopathy, in the production of toothpaste, and as an inert substance in tablets.

Thus, calcium carbonate has several applications in various fields spanning from diet to pharmaceuticals, and from agriculture to construction.