Understanding Deposition in Geology with Examples

The process of erosion is followed by deposition. Deposition refers to a process in which materials such as rocks and sediments settle down, giving rise to specific formations. This extract provides you with the definition of deposition with their examples in real life.

The process of erosion is followed by deposition. Deposition refers to a process in which materials such as rocks and sediments settle down, giving rise to specific formations. This extract provides you with the definition of deposition with their examples in real life.

Erosion is known to wear off sediments; thus, it seems to be destructive in nature. In contrast, the process of deposition displays a very constructive behavior in building various formations on the Earth.

To begin with, let us understand what deposition means in geography. Natural agents such as wind and water constantly act on the Earth’s surface, thus eroding it. The eroded material is then transported to another location and deposited. This action results in the formation of various geological features. Wind and different forms of water such as rainwater or flowing water transport material such as sand, clay, boulders, or sediments. When these agents can no more bear the weight of these particles, they are dropped off.

Consider some sand particles being carried by the wind. When the wind velocity reduces to an extent that it can no longer continue carrying the particles, it drops them. Similarly, if a flowing river stops or dries up, the sediments carried by it are dropped midway. The speed or velocity of these agents depends on many factors such as obstacles during its course. These obstacles may include rocks, boulders, hills, trees, etc.

Examples of Deposition of Sediments by Wind and Water

The sand blown by wind deposits in the form of a hill or ridge. They are longer in length on the side of the wind. The depression between two dunes is called a slack.

They are formed by the action of wind or water and are shorter in length than sand dunes. They are either symmetrical or asymmetrical in nature.

The sand gets drifted due to wind or water. This results in formations having varying shapes and sizes. The typical shapes include hummock, sand pile, or a knoll. They are smaller than sand dunes.

A landform formed along the coast of a water body such as an ocean is called a beach. The sand contained by the beach is deposited after the erosion of rocks and coral reefs.

The wind deposits sediments that possess a yellowish-gray color. These deposits are known to be having a high thickness and they create a wall-like structure called loess.

It is the area contiguous to a flowing water body such as a river, which receives plenty of water during high water levels.

It is a landform that prevents water bodies from causing floods. It is naturally occurring or sometimes built by man-made processes to protect certain portions of land from floods.

At times, a water body flowing in cold regions freezes into ice. This is called a glacier. It contains a huge ice mass, which includes sediments as well. 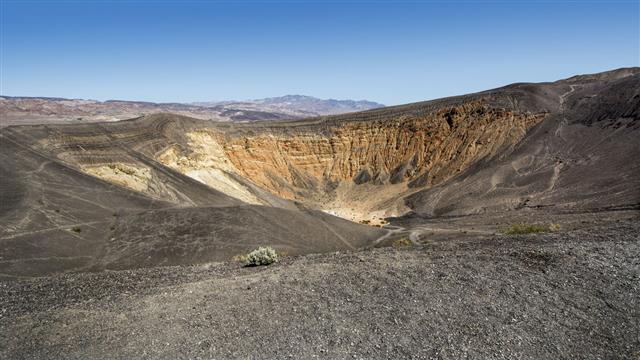 It is a fan-shaped structure formed when water flows through hills or mountains. It is known to comprise sand, gravel, or other types of sediments. 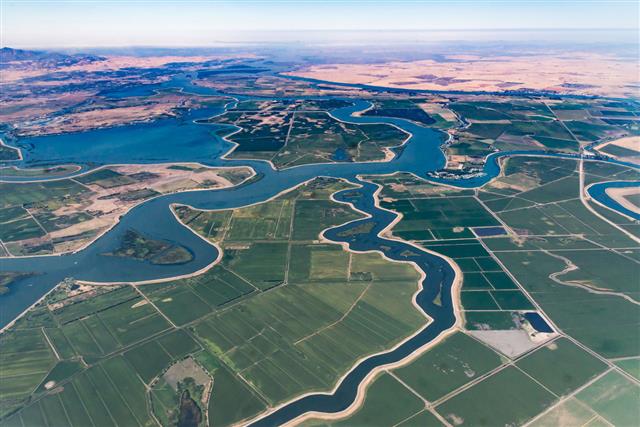 This is a structure formed at the mouth of the water bodies such as a river. It is a result of deposition of alluvial sediments before the water plunges into a larger water body such as an ocean.

In the end, it should be understood that deposition is a continuous process. The materials deposited once may be eroded and deposited again, thus, forming a new structure. Besides this, the continual deposition of sediments results in the formation of rocks.