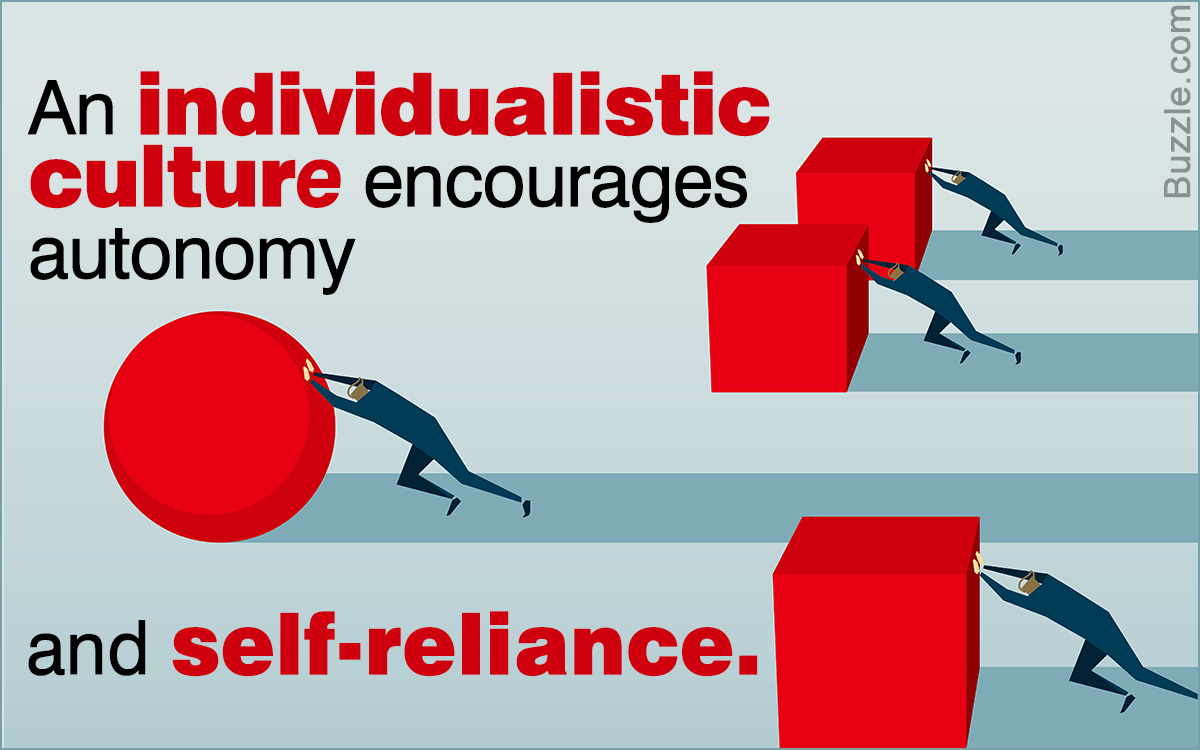 You’re on your own. And you know what you know. And YOU are the one who’ll decide where to go.
– Dr. Seuss

The word ‘individualistic’ tends to more or less give away its meaning, doesn’t it? It doesn’t take a rocket scientist to figure out that individualistic means centering or revolving around an individual. In this article, we’re going to be looking at the relationship between individualism and culture. Before we get into that, let’s first try to understand what culture means.

The Oxford Dictionary defines culture as: The ideas, customs, and social behavior of a particular people or society. We can rightly presume that the behavior of a person is determined by the culture and the social environment that he or she is a part of.

Though culture can be minutely categorized, it is largely distinguished into individualistic and collectivist cultures. Read on to know more about individualistic culture.

Much like the term suggests, an individualistic culture emphasizes upon giving greater importance to the needs of an individual over the needs of a group or a community. In this kind of culture, people are more concerned with themselves and their immediate family, as opposed to a collectivist culture where the group’s needs are given equal or more importance. Members of an individualistic society are independent and self-reliant, and their behavior is determined by personal attitude and personal preferences.

An individualistic culture encourages autonomy, and often, dependence on others for one’s own needs is considered degrading. Members of this culture are expected to be assertive and strong, always putting personal needs over the needs of others.

Individualistic cultures believe that being completely independent benefits the individual, which ultimately benefits the society as a whole.

As we have seen from its unique characteristics, there is no doubt that an individualistic culture has several advantages accompanying it. As opposed to a collectivist culture, an individualistic culture promotes the concept of finding happiness in one’s own beliefs, ideas, thoughts, and experiences. This paves the way for personal happiness and inner peace, which cannot always be experienced by those who try to find their happiness according to the norms set by their social group.

Individualistic cultures also encourage their members to dream their own dreams and achieve them, without fear of rejection from the group or any interference. Members of an individualistic culture are often rewarded for their individual hard work and efforts, which ultimately benefits the society as a whole.

We cannot declare that a certain percent of the cultures that make up the world are individualistic, or not. However, according to our opinions largely based on observations, it is quite clear which countries promote individualism, and which don’t. Given below are examples of some of the most popular individualistic cultures.

We can also spot instances of individualistic culture in day-to-day life.

Corporate companies in individualistic cultures tend to judge and hire an applicant on the basis of his or her personal achievements and capabilities. The applicant’s association with any group – family, academic, or any other group does not come into the picture at all.

Individualistic cultures discourage interference into anyone’s private matters, such as marriage or intimate relationships. Marriages in such cultures are easily accepted as the happiness of the individuals getting married is the sole focus.

So that was all about individualistic cultures. It would be incorrect to assume that an individualistic culture is better than any different kind of culture, as while it does promote independence and teaches its members to be self-reliant and strong, it does have a fair share of setbacks too. In the end, it all depends upon perspective, doesn’t it?