The Diverse Plants and Animals of the Tropical Rainforest Biome

Tropical rainforests are found in the zone between the Tropic of Cancer and Tropic of Capricorn, spanning almost all the continents. Read on to understand the biome of these forests and what makes them unique.

Tropical rainforests are found in the zone between the Tropic of Cancer and Tropic of Capricorn, spanning almost all the continents. Read on to understand the biome of these forests and what makes them unique.

Tropical rainforests are so unique to the biodiversity, that they exhibit 40% to 75% of all the species in the world, which are endemic to its dense cover.

Let’s get to know the way of living of the plants and animals inhabiting this ecosystem.

Scientists have divided a rainforest into four zones or strata on the basis of the living environment. Different plants and animals dwell in these zones. 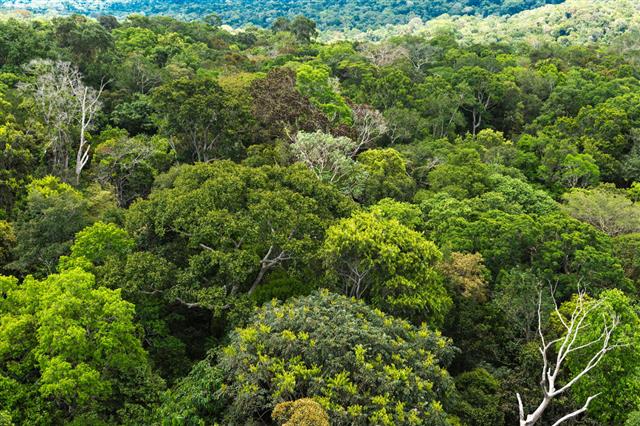 This layer comprises of giant trees that thrust up higher than the layer of dense canopy, forming huge mushroom-shaped crowns.

Although these trees get the highest amount of sunlight, they are also subjected to strong winds, low humidity, and high temperatures.

The plants that are common in this strata are Terminalia oblonga, Hymenolobium mesoamericanum, and Lecythis ampla.

The irregular, broad crowns of trees in this layer form a continuous, tight canopy, which is about 30 – 45 m above the forest floor.

The branches of these trees are usually entangled with liana vines and covered with epiphytes.

The canopy is where 90 percent of the organisms can be found, most of them seeking the treetops for brighter light. 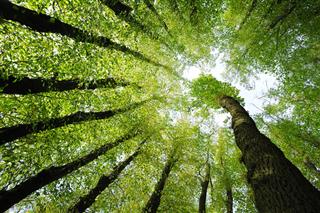 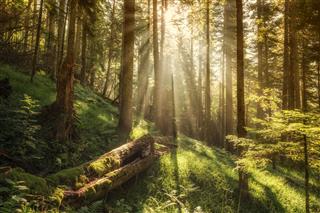 This layer receives only 5 percent of the sunlight that falls on the canopy.

It is comparatively an open space containing leafy herbaceous plants and young trees that can tolerate only less amount of light. 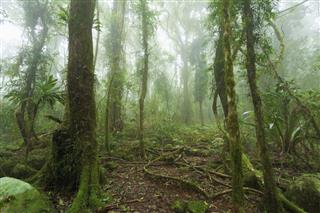 The floor of the forest gets less than 2 percent of the sunlight, hence this layer is mostly devoid of vegetation apart from plants that are adapted to very low amounts of light.

The floor of a rainforest is covered with a thin layer of branches, leaves, fruits, and seeds, which decompose very quickly. It teems with animal life, particularly insects.

The growth of fungi in this layers helps in the decay of the dead flora and fauna present. 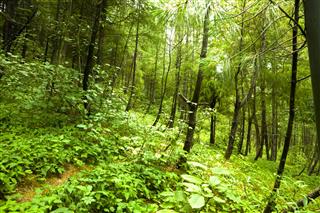 Since the soil of tropical rainforests remains damp year-round, it often suffers from leaching and poor quality of nutrients.

Thus, the roots of the trees travel laterally rather than vertically inside the ground in search of nutrients.

The chances of efficient uptake of nutrients increases when the trees cover large horizontal distances on the surface of the ground, thus forming a dense network.

Since buttress roots are long and wide, the trees get larger area for water intake and exchange of gases, thus competing with the other trees which tend to absorb water at a faster rate.

The buttress roots also help trees to maintain stability when they reach towering heights and also during thunderstorms. 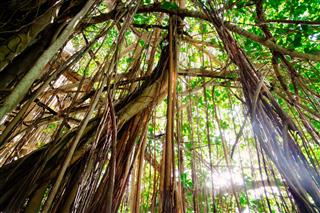 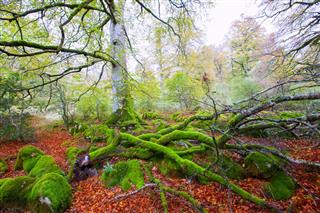 Even though water is beneficial for plants to survive, excess of the same accelerates the growth of fungi on the plant.

Thus, the leaves of plants adapt to the high rainfall pattern by using their elongated tips to shed off the water as soon it drops on them.

This helps the leaves to keep their surface clean and protects them from fungal growth, which is common in a wet and damp environment.

These are plants that thrive on the moisture provided by rain and atmosphere, often growing on other plants.

Even though these plants are not parasitic in nature, they take the support of branches of other trees which help them in acquiring more sunlight.

Sometimes the plants, such as epiphytic vines (strangler fig), grow their roots till they reach the ground, forming a network of roots surrounding the trees they live on.

In due course of time, the roots of the vines entwine around the trees eventually strangulating them. Thus, after the tree decomposes, the vines stand as tall as the host tree, with its roots to the ground, forming a hollow trunk.

The extremely rich biodiversity (and not yet discovered entirely) makes it tough to pinpoint a set of animals. However, certain animals are world-famous for their unique features and characteristic nature.

Amazon rainforest, alone, is home to 427 different species of mammals till date. Among the mammals, the largest predators include jaguar and cougar.

Gorillas live in the tropical forests of Africa (on either side of Congo river), while orangutans are restricted to the forests of Borneo and Sumatra.

Other primates include the orangutan, spider monkey, squirrel monkey, black and red howler monkey, various species of lemurs, and many more.

Macaws, hornbills, kingfishers, toucans, and eagles comprise most of the bird population in the tropics.

Out of more than 2.5 million insect species that inhabit the tropical rainforests, cicadas, the bullet ant, and walking sticks are fairly common.

One of the largest butterflies, morpho butterfly, make the rainforests of Latin America their home.

Frogs dominate the amphibian population of the tropics mainly because the damp conditions are suitable for their survival.

Poison dart frogs (group of frogs belonging to the family Dendrobatidae) are considered one of the most poisonous species on Earth, and are widely distributed in tropical rainforests.

The number of reptiles aren’t left behind with several species of snakes, lizards, and chameleons leading the lot.

Black caiman and anaconda make for the largest predatory species in the tropics. Electric eels and piranhas have been reported to stun (eel) or bite (piranha) humans.

The way in which the tropical rainforests function is truly fascinating. Always bustling with energy with the variety of life forms they support, it does not come as a surprise when they are called the ‘lungs of the Earth’. 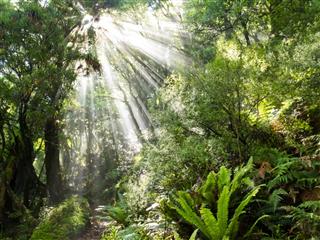 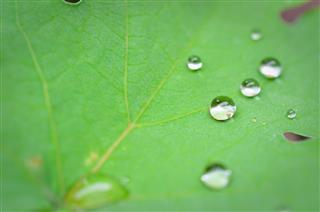 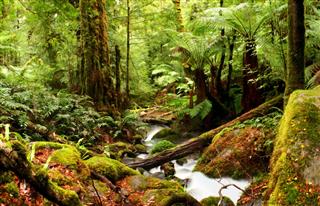 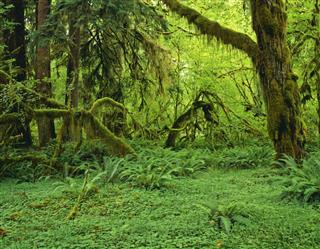