Why giant mutant ants will never be able to take over the world, and why elephants don't climb trees? Such questions are explained in this article. 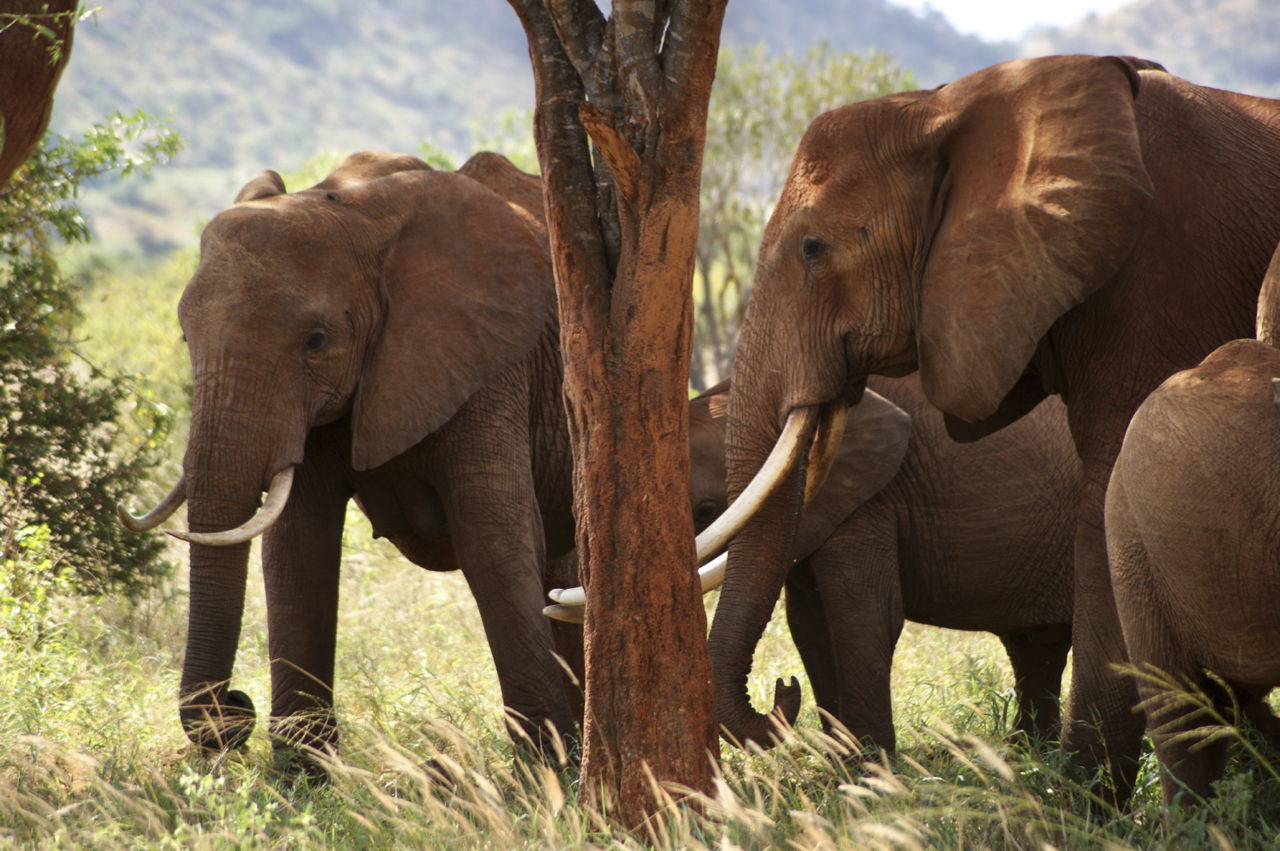 Why giant mutant ants will never be able to take over the world, and why elephants don’t climb trees? Such questions are explained in this article.

You probably remember watching sci-fi movies when you were a kid. Where giant ants take over the world or some other equally terrorizing, but implausible things happen. If you still lay awake at night worrying that they might come true, put your mind at ease, it will never happen.

Ants are subject to a scientific principle called the square-cube law, which limits their size. This is how it works. For the sake of simplicity, consider a concrete cube with a side of one inch. The surface area of this cube is six square inches, the volume is one cubic inch, and the cross-sectional area is one square inch. This is important because it is this area that has to support the weight of the cube. The weight is proportional to the volume, with one cubic inch of concrete weighing a certain amount. Of course, concrete is very strong, so it’s no problem for the one square inch bottom of the cube to support the weight of one cubic inch of concrete.

What happens, though, if we double the size of the cube in each of its dimensions? In other words, let’s make it two square inches on a side. This means that the cross sectional area, or the bottom of the cube, is equal to four square inches. The volume is calculated by multiplying two inches by two inches by two inches, that is equal to eight cubic inches. This means that even though the bottom of the cube is only four times bigger, the weight of the concrete cube is eight times greater, and each square inch of the cross sectional area has to support the weight, not of one cubic inch of concrete, but of two. Since concrete is very strong, this is still no problem.

However, the same thing might happen every time the size of the cube is increased. If we make it a thousand times bigger on each side, the bottom will be a million times bigger (1,000 x 1,000), but the volume, and therefore the weight, will be a billion times greater (1,000 x 1,000 x 1,000). Now, each square inch of the bottom will have to support a thousand cubic inches of concrete. If we keep increasing its size in this way, eventually it will collapse under its own weight (this of course assumes that the ground under it has been capable of supporting it until it reaches this point). This is one of the factors limiting how tall a building can be built.

Instead of concrete, consider that the cube represents a chunk of an ant’s leg. Of course, it is not square, and it’s much smaller than an inch across, but the same principle can be applied to the actual size and shape of an ant’s leg. The only difference is that the math is harder.

Ants are incredibly strong, being able to lift many times their own weight, and survive falls from tremendous heights in proportion to their size. This is especially impressive when you see how skinny an ant’s legs are compared to its body. However, if you were able to somehow enlarge an ant, the cross sectional area of our imaginary block of ant leg would increase at a slower rate than its volume, and therefore its weight.

This is important for the same reason because it is this cross-sectional area that has to support the weight of the block of ant leg, and rest of the leg, and the enlarging ant above the leg. If the leg becomes ten times thicker, its cross-sectional area becomes something like 100 times larger. At the same time though, its weight becomes something like 1,000 times greater. If you keep doing this, at some point, long before the ant is large enough to take over even a small town, it will collapse under its own weight, just like the concrete cube.

The square-cube law explains why insects have proportionally thinner legs than larger creatures, and yet can jump off tables, or out of airplanes, and not get hurt. It also explains why elephants, which have incredibly thick legs in proportion to their body size, do not climb trees. This scientific principle can also be applied in the other direction, to explain why people cannot be shrunk down to the size of ants.