Shielding effect is a concept in chemistry, which describes the effect of core electrons on the valence electrons. The former shields the latter from the nuclear charge of the nucleus. Read the following article to gain more information about this subject. 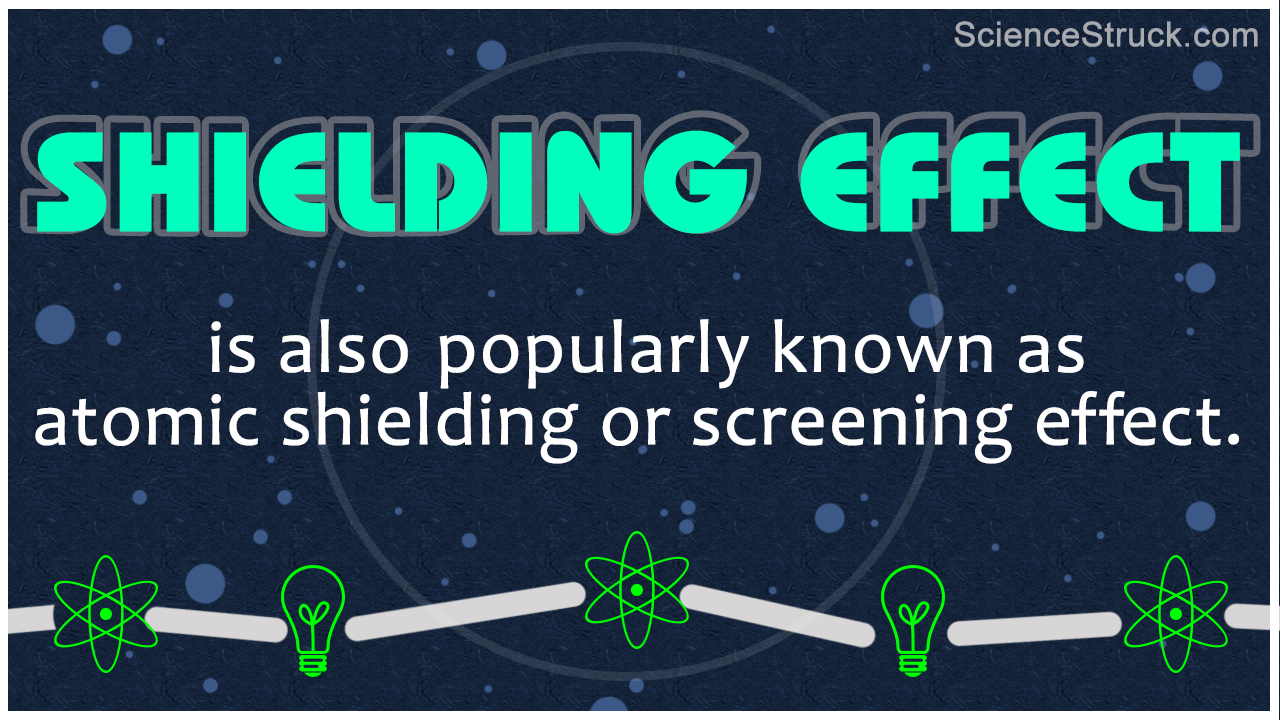 Shielding effect is a concept in chemistry, which describes the effect of core electrons on the valence electrons. The former shields the latter from the nuclear charge of the nucleus. Read the following article to gain more information about this subject.

The most fundamental or basic building element of any matter is called an atom. It is mainly constituted of protons, electrons, and neutrons. Of these subatomic particles, the protons and the neutrons form the structure of the atomic nucleus, and electrons move around the center in defined orbits. The number of orbits around an electron is often known as an electron cloud. Now, the electrons contain the negative charge, and protons carry the positive charge. The neutrons are neutral in charge, with a slightly higher mass than protons. In a neutral atom, the number of protons and electrons are equal, and this number defines the atomic number of the atom.

If you observe the atomic structure, then you will find that the distribution of electrons in different shell within the atom are different. Precisely, some electrons are in orbits near the atomic nucleus, and some are positioned away from the nucleus. As per the Aufbau principle of electronic configuration, the electrons arrange themselves in an order of increasing energy, which implies that the ones nearer to the nucleus will have greater attraction (or nuclear charge), than the ones in the outer orbits. Thus, a shielding effect arises when the inner electrons, due to a high attraction, do not allow the nuclear charge to pass through.

Shielding effect can be defined as a reduction in the effective nuclear charge on the electron cloud, due to a difference in the attraction forces of the electrons on the nucleus.

This effect is solely responsible for controlling the size of an atom. Also, the magnitude of the atomic shielding depends on the number of electrons in the inner orbits. Thus, higher the number of inner electrons, stronger will the effect. Hence, there is a screening effect constant to define this value, denoted by symbol σ. To calculate this constant, one must be aware of the following two concepts:

Calculating the Shielding Effect Constant
This constant can be calculated as a sum of all the contribution values in all the energy levels.

So, this way, the effective nuclear charge can be calculated as: Z – S. This concept will further help you in understanding the balance of many complex chemical equations. Also, solving exercises related to this subject will provide you with a much clearer idea about the subject of atomic shielding.