Unveiling the Truth: 38 Science Facts That are Not True 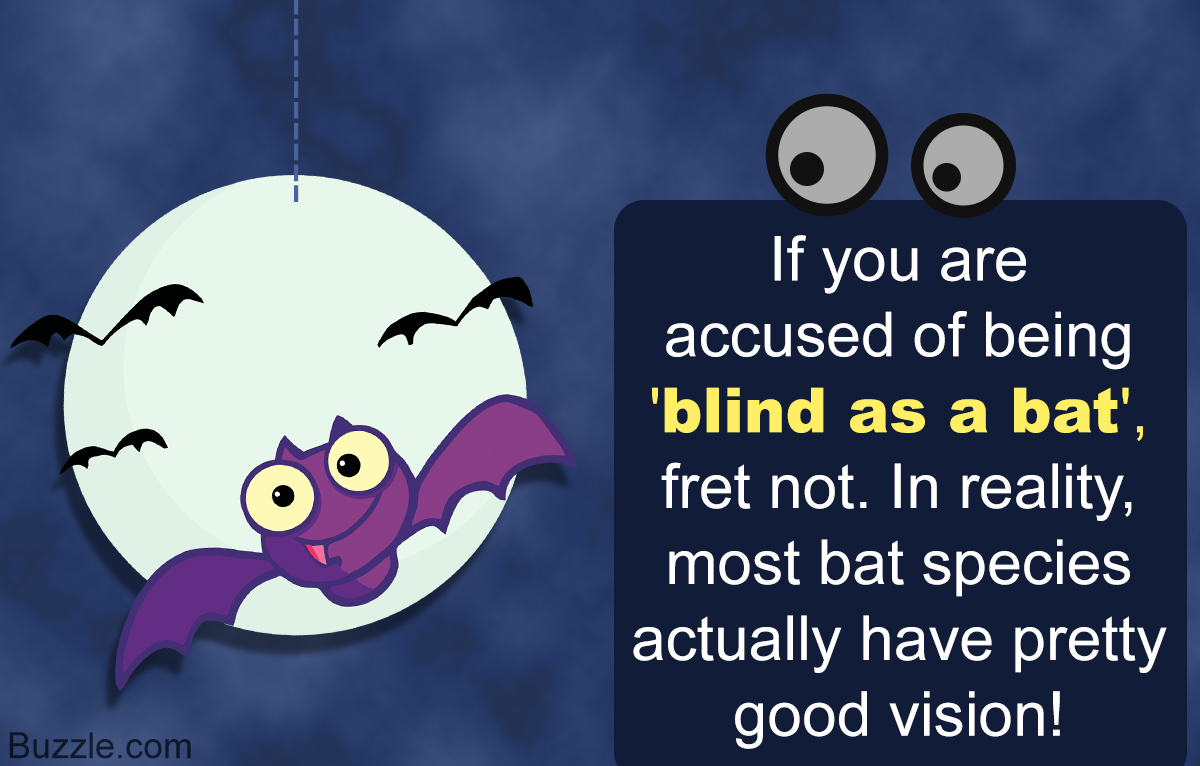 If you think that the Earth orbits the sun, and dogs sweat from their tongues, think again! In this ScienceStruck article, we shed light on the reality behind these and some other common ‘scientific’ facts that are actually not true. 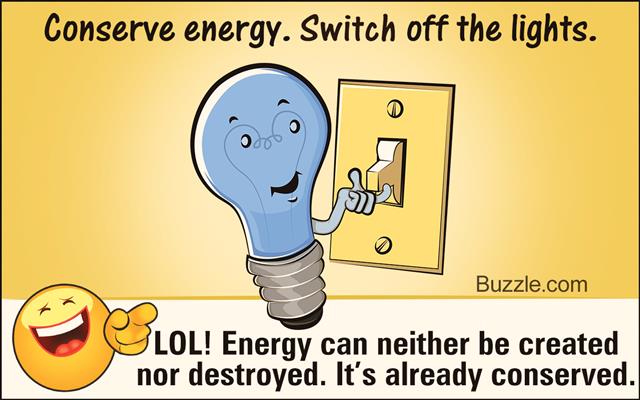 “False facts are highly injurious to the progress of science, for they often endure long.”
― Charles

There is a fine line between fact and fiction, and if we have learned anything from the recent sensationalism stirred up by the undeniably compelling conspiracy theories pertaining to the Apollo moon landing mission and the 9/11 attacks, it is that it only takes some clever disguising of false/unproven fictional elements in the name of science to enable them to cross over to the realm of absolute facts.

True science says that, if it cannot be proven, it isn’t a fact. So, no matter how believable a rumor may seem, it is always better to take it with a pinch of salt, and also with a generous helping of real science. In the following lines, we shall be debunking a few false ‘scientific’ facts, some of which have been a part of popular conception through the ages. So don’t be surprised if you find something below which you always believed was true, when in fact, it has been false all along. 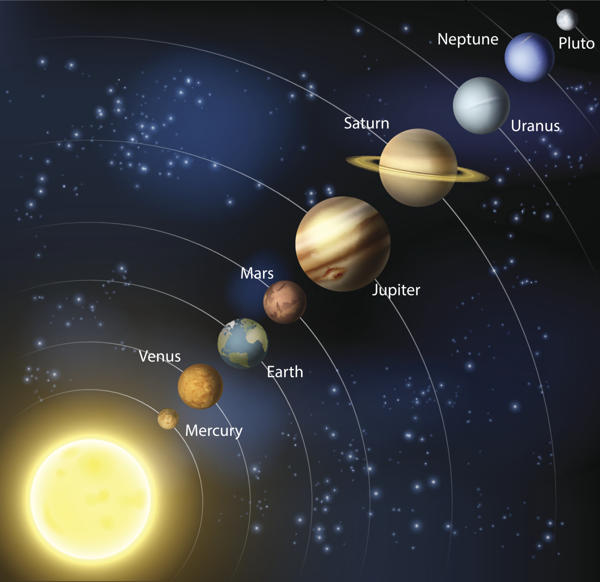 Reality: Right from our school days we are taught that the Sun is the epicenter of the solar system, and that all the planets go round it. This, however, is not true, as the Earth and all the other planets and their satellites actually orbit a center of mass in the solar system known as the Barycenter. Most of the time, the Barycenter falls within the boundaries of the Sun.

However, there are instances when, as a result of the gravitational pull from larger planets, it gets pulled outwards, so that everything in the solar system seems to be revolving around empty space. 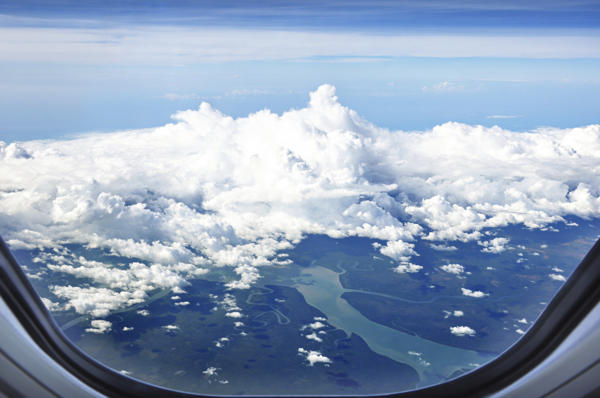 Reality: Clouds do not act as blankets that prevent heat on the Earth from escaping. They, in fact, absorb heat from the Sun like any other object does, and radiate it towards the Earth. Owing to their large sizes, they absorb and radiate a significant quantity of heat. This is the reason why you feel hot on a cloudy night, and cooler on a clear one.

False Fact: The most toxic element known to man is plutonium.

Reality: Plutonium can be safely handled even with bare hands, as long as you abstain from inhaling its toxic tiny particles. Thus, it can hardly be called the most toxic element known to us. 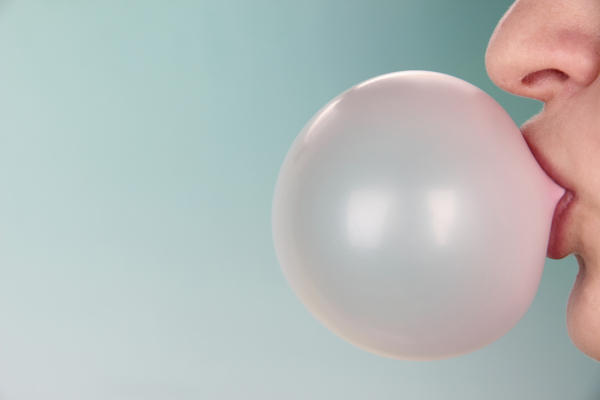 Reality: Accidentally swallowing a chewing gum is completely harmless. Unlike popular belief, it doesn’t remain in your system, taking seven years to be digested. Actually, chewing gum cannot be digested by the human digestive system, and so it safely passes out of our system as it is.

False Fact: The Great Wall of China is the only man-made structure visible from space. 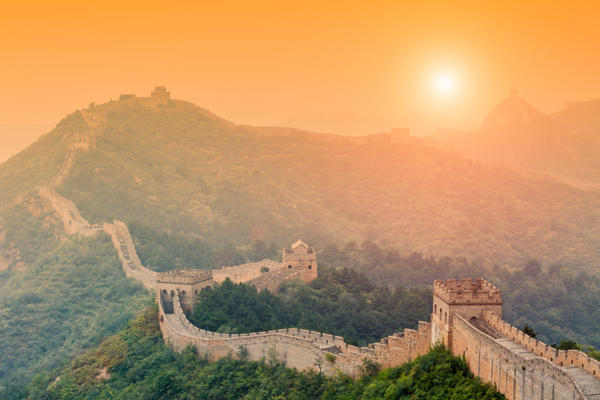 Reality: The origins of this false fact can be traced back to the 1930s – long before the first manned space mission. In reality, the Great Wall of China is not visible from the International Space Station. On the other hand, several other distinctive man-made structures, such as the Great Pyramid at Giza, long bridges, desert highways, the greenhouses of Almeria, etc., are visible from space.

False Fact: Diamonds are made from compressed coal. 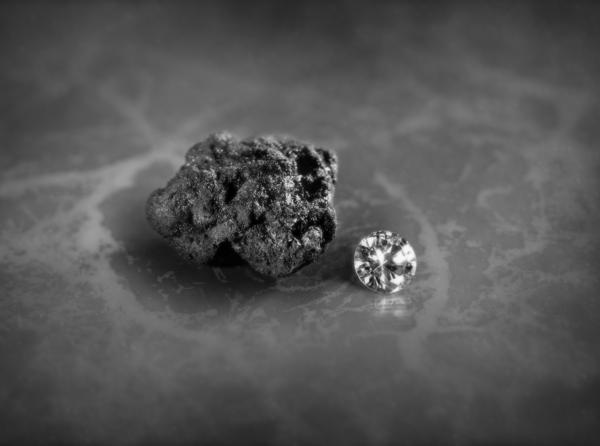 False Fact: Your microwave oven can cause cancer. 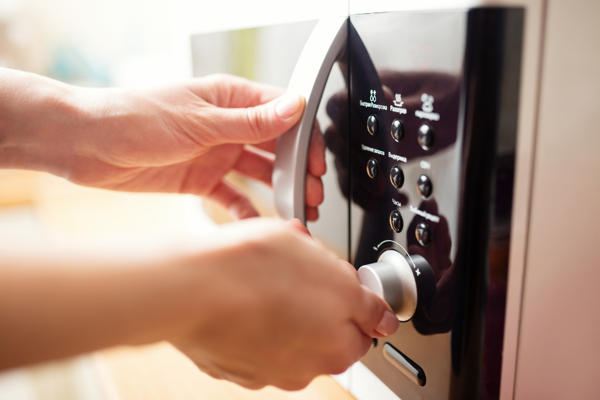 Reality: While depending upon the dosage, a few types of radiations can cause cancer, exposure to microwave radiation does not.

False Fact: A penny dropped from the Empire State Building can kill a person standing underneath it. 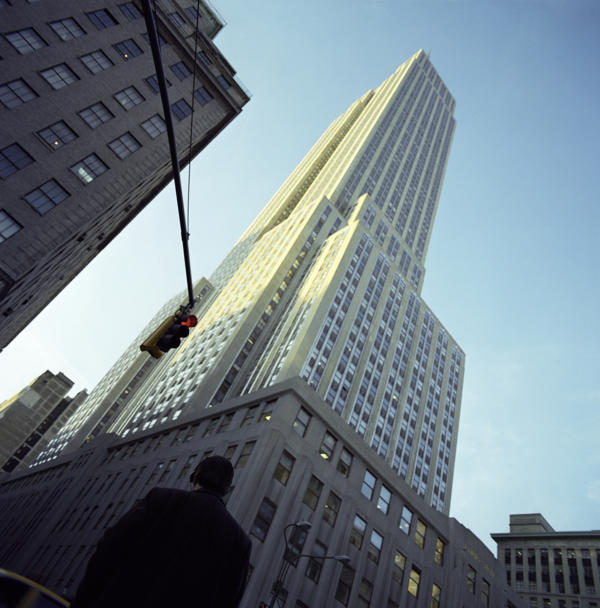 Reality: This fact would be true if the city of New York would have been in a vacuum! The falling penny, under the influence of gravity, tries to accelerate, but the relentless collision with the air molecules (drag force) limits its terminal velocity to around 25 mph, which is simply too less to kill anyone. 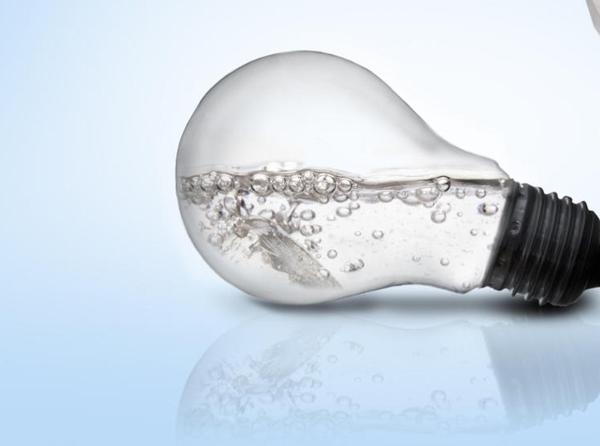 Reality: Pure water is a bad conductor of electricity. It is the salts, minerals, and dirt dissolved in it which are good conductors, that aid the passage of current through water. 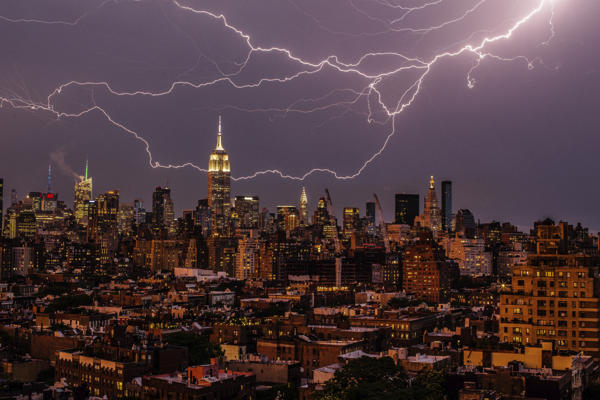 Reality: The Empire State Building is struck by lightning close to a hundred times every year, thus, completely falsifying the claim that lightening doesn’t strike a place more than once.

False Fact: The Coriolis effect is responsible for changing the direction your toilet flushes in.

Reality: The Coriolis effect affects only large bodies of water. If the toilet flushes in reverse, it is probably because water entered into it in the reverse direction.

False Fact: If it is organic, then it is pesticide-free.

Reality: Organic foods aren’t pesticide-free. The USDA however states that, the levels of pesticides in both, organic and inorganic foods are very low, making them completely safe for consumption. 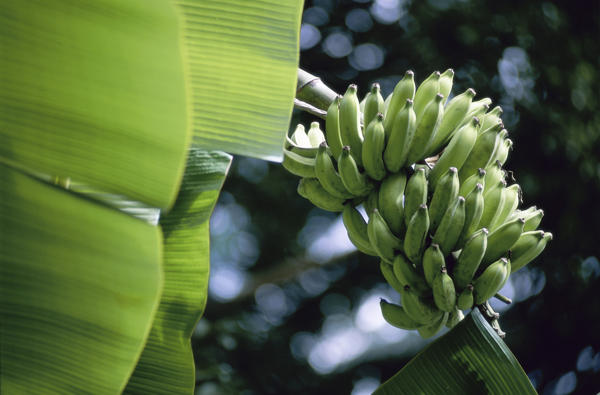 Reality: Bananas grows on a plant, and not a tree.

Reality: Ingesting poinsettias won’t kill you or your pets. However, it will make you sick, and cause gastrointestinal issues.

False Fact: Sunflowers track the Sun across the sky. 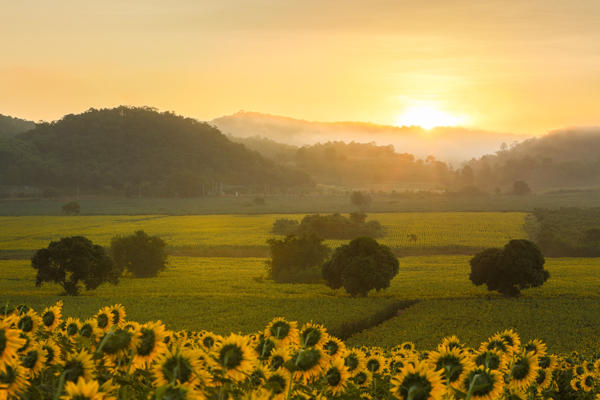 Reality: The ability of plants to move according to the motion of the Sun across the sky is known as heliotropism. However, that sunflowers track the Sun on a daily basis is a misconception.

Sunflower buds are heliotropic until the end of the bud stage, after which they orient themselves such that the flower which develops from them permanently faces the east.

False Fact: Cracking your knuckles will lead to arthritis. 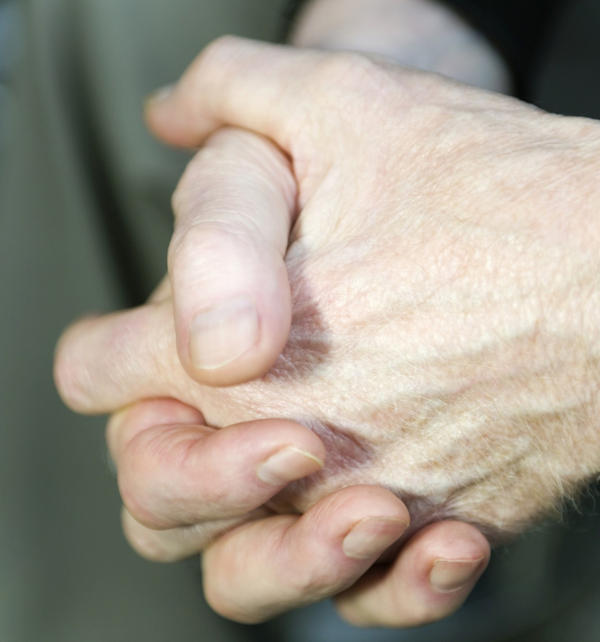 Reality: Genetics, injury, age, obesity, etc., are some of the factors that can lead to arthritis. Simply cracking one’s knuckles cannot.

False Fact: The hair and fingernails continue growing even after a person dies.

Reality: When a person passes away, all the cells in the body, including those responsible for the growth of nails and hair die. A dead person’s nails/hair appear to grow because the skin shrinks after death.

Reality: Multiple genes make multiple proteins, and some don’t make any, so the old paradigm one gene makes one protein is false. 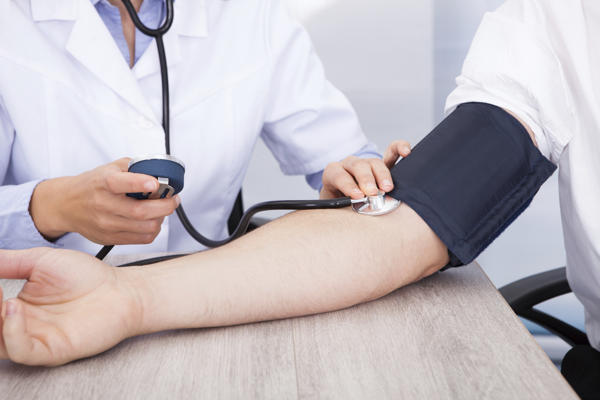 Reality: Stressful situations may cause a temporary rise in blood pressure. However, it isn’t what causes chronic BP to develop. Smoking, genetics, and unhealthy diets seem to have a more direct influence on chronic increase in BP.

False Fact: HIV got transmitted to human beings due to cross-species intercourse. 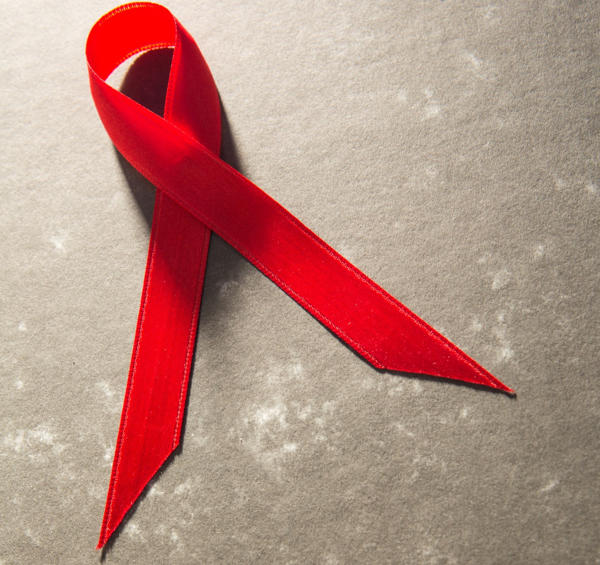 Reality: It is a common misconception that HIV entered into the human race due to cross-species intercourse with monkeys. In reality, it probably got transferred through hunting.

Reality: While it is true that the blue/green veins which we see on our forearms carry de-oxygentated blood, it isn’t how this blood actually looks like. Whether it is oxygenated or not, blood is still red in color. The veins appear blue owing to light passing through the layers of skin and tissue present over it.

False Fact: Most of us use only 10% of our brains.

Reality: In reality, we use all of our brain, but not at the same time. We use different regions of our brain at different times.

False Fact: Your fingers wrinkle because they soak water. 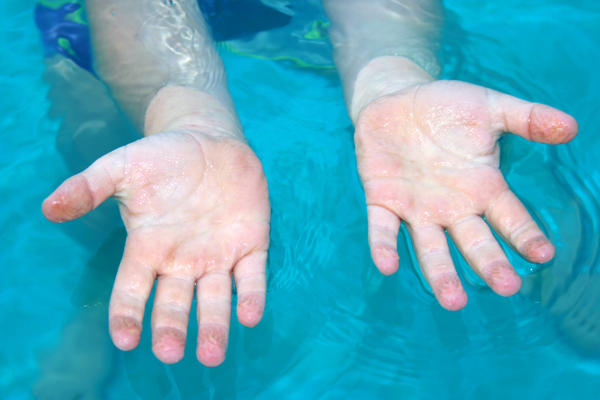 Reality: Just like any other body part, our fingers don’t soak water. When they are submerged or remain moist for long, they become wrinkled because the brain signals them to do so. Scientists believe that wrinkling of the fingers and toes is our body’s way of improving our grip on wet/submerged surfaces. Essentially, the wrinkles act like treads seen on car tires, thus enabling water underneath to be channeled out.

Reality: Well, kids might actually become hyper on consuming a soda or orange juice, but believe it, it’s not because of the sugar that it contains. Several scientific studies have proven that, there is no correlation between sugar and hyperactivity. In several tests, kids were seen to get just as hyper on sugar-free foods/drinks as they did on consuming sugar-rich ones. Scientists call it the placebo effect.

False Fact: Whether you have a viral or bacterial infection can be told from the color of your snot.

Reality: While it is true that the color of the mucus discharge from the nose varies depending on various illnesses, it doesn’t indicate whether the infection one has is bacterial or viral.

False Fact: You are born with all the brain cells you will ever have.

Reality: This fact is untrue, as there is evidence that the human brain continues to produce new cells in some regions via a process known as neurogenesis.

False Fact: Goldfish only have a 3-second memory. 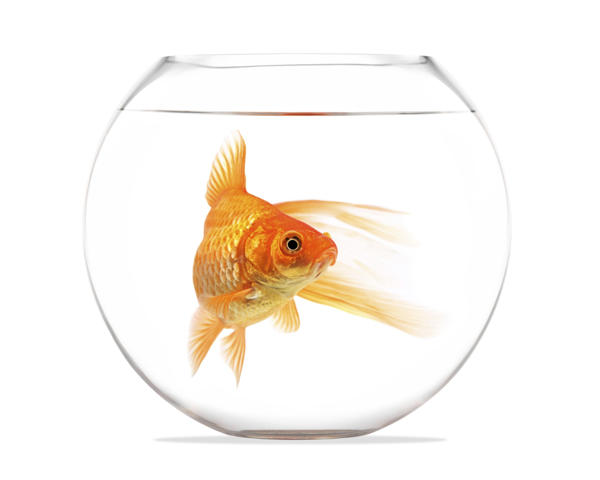 Reality: Contrary to popular conception, goldfish have a much longer duration of memory than just 3 seconds. In fact, they can remember things and events for months.

Reality: The filmmakers of the 1958 Disney documentary ‘White Wilderness’, ran a pack of lemmings off a cliff to make for compelling television. This caused the spread of the false fact that lemmings followed each other and committed mass suicide. 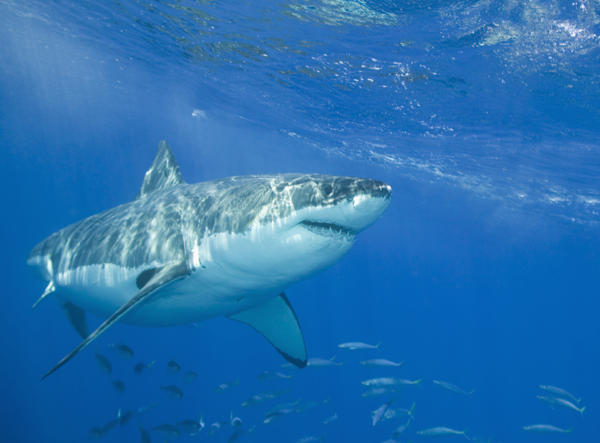 Reality: The myth that sharks can’t contract cancer was created by I. William Lane, for selling shark cartilage as a potential cure for cancer.

False Fact: Ostriches bury their heads in the ground when they are scared. 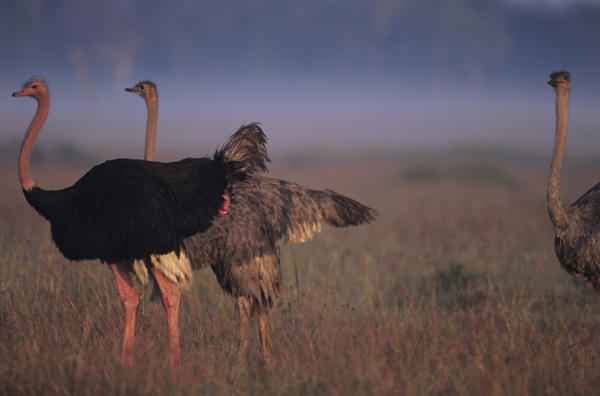 Reality: When they are scared, ostriches don’t bury their heads, but instead drop to the ground and pretend to be dead.

False Fact: The vision of dogs and cats is black and white. 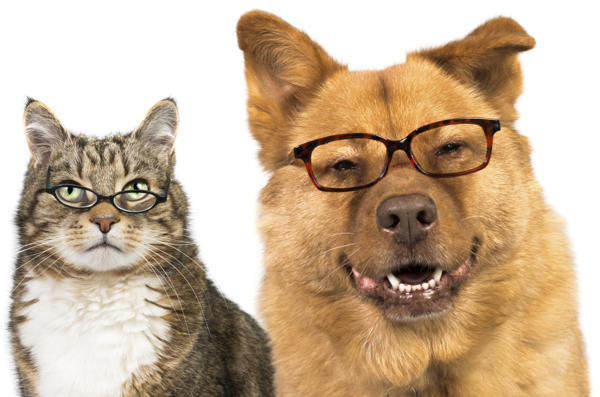 Reality: Dogs and cats actually see the world in shades of blue and green.

False Fact: Touching a frog or a toad gives you warts. 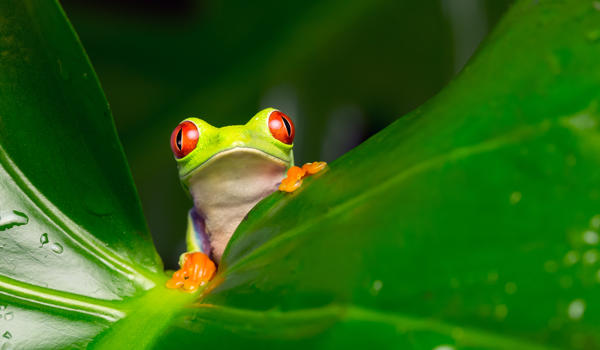 Reality: Unlike popular belief, touching a frog or a toad doesn’t give the handler warts. One actually gets warts when he/she touches another person’s warts. It is caused by the human papillomavirus (HPV). 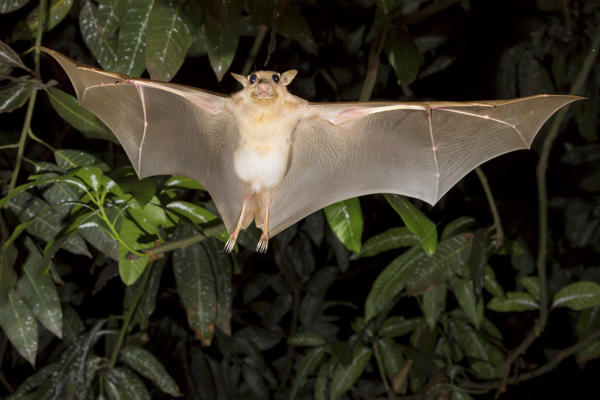 Reality: The phrase ‘as blind as a bat’ actually has no basis in reality. Most bat species have well-developed eyesight, and even though many of them make use of echolocation, they still possess good vision. Some species even have excellent night-vision, and don’t use echolocation at all.

False Fact: Chameleons change color as a means of camouflage. 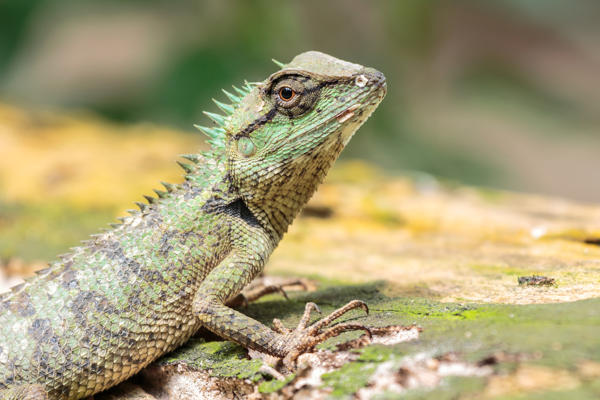 Reality: Studies on chameleons show that, they do not change their skin colors for hiding from their enemies. These lizards are very fast and can even achieve speeds in excess of 21 miles per hour. They can easily out pace most predators. Chameleons actually change colors as a means of communication. Darker shades means the chameleon is angry, lighter shades means that it’s trying to attract a mate. Some even change colors to absorb different degrees of heat to maintain their body temperature.

False Fact: Touching a baby bird causes it to be disowned by its mother.

Reality: Even if you were to pick up a fallen bird baby with your hands and return it to its nest, its mother won’t disown it. This is a myth. 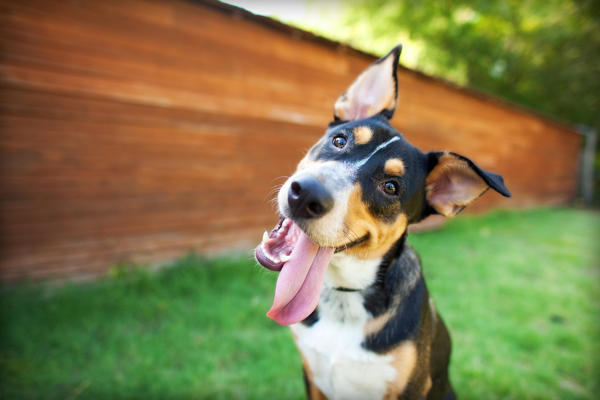 Reality: A dog panting with its tongue hanging out doesn’t mean that it has sweat glands on its tongue. While panting does in fact help them cool their bodies, they sweat via the sweat glands located in their foot pads.