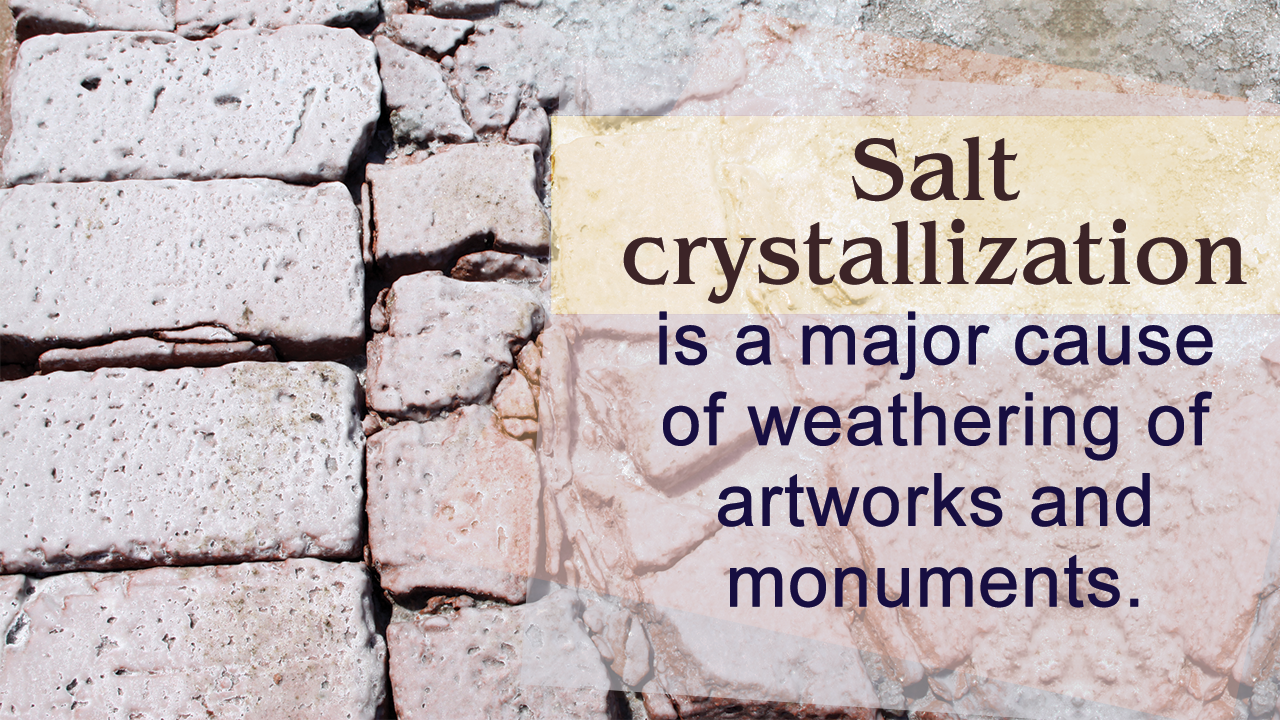 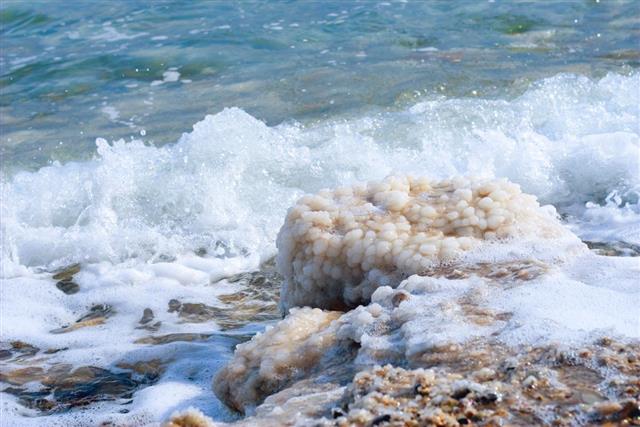 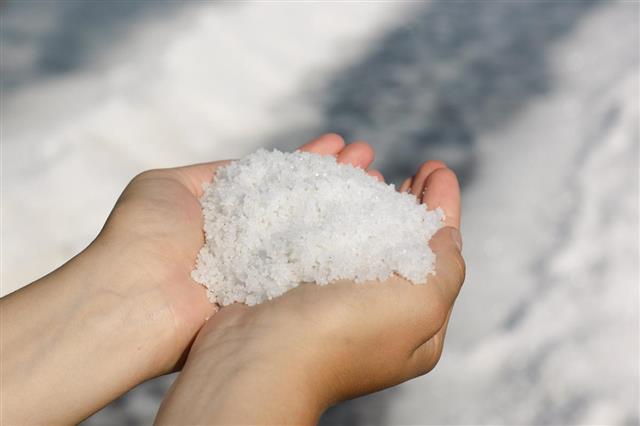 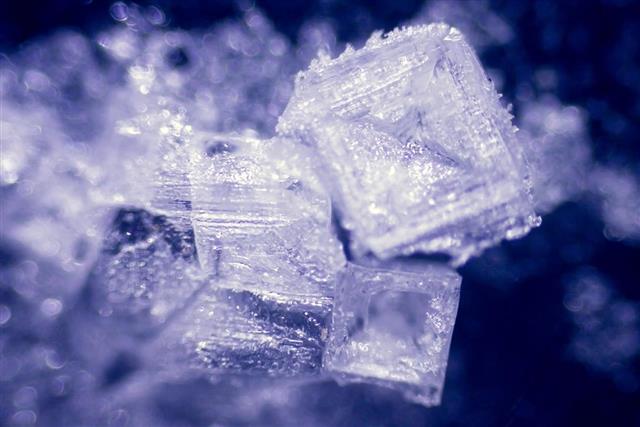 In everyday life, you come across various types of crystals like salt crystals, sugar crystals, ice crystals, diamonds, rubies, etc. Crystallization is the process of forming a crystalline structure from a fluid or from materials dissolved in the fluid. The process of crystallization is used to get a solid in its pure form, from a solid-liquid solution. It is a chemical technique used for solid-liquid separation. Salt crystallization or formation of salt crystals in rocks is known as haloclasty and it is one of the main causes of breaking down of rocks into smaller pieces.

The process of crystallization of salts causes disintegration or weathering of rocks. Saline solutions seep into cracks and joints in the rocks and evaporate, leaving salt crystals behind. Saline solutions are the salty aqueous solutions which have different salts such as sodium chloride, magnesium/calcium sulfates and bicarbonates dissolved in them. Due to heat, these salt crystals expand, exerting pressure on the confining rock, leading to disintegration of rocks.

The salts that are most effective in disintegrating rocks are sodium sulfate, magnesium sulfate and calcium chloride. One of the astonishing salt crystals facts is that some of these salt crystals can expand up to three times or even more. Salt crystallization can also occur when various reacting solutions decompose rocks (for example, limestone and chalk) to form salt solutions of sodium sulfate or sodium carbonate. When the moisture evaporates, the respective salt crystals are left behind.

Arid climate promotes formation of salt crystals as strong heat causes fast evaporation of water. It is a common phenomenon along coasts. It is known as salt weathering and it can be easily seen in the honeycombed stones in sea walls. Honeycomb is a type of tafoni, exhibiting small cave-like features in granular rocks such as sandstone. Rounded entrances and smooth concave walls are the characteristic features of cavernous rock weathering structures, which are likely to develop mainly by chemical weathering and also by mechanical or physical salt weathering processes.

How Does Salt Crystallize?

‘How are crystals formed’ is the first question that comes to our mind when we think about crystals. The process of crystal formation via mechanisms of crystal growth is called crystallization or solidification. The process involves two major events, nucleation and crystal growth. During nucleation, the solute molecules dispersed in the solvent start to gather into clusters. Nucleation is accompanied by crystal growth; through which the nuclei succeed in achieving the critical cluster size.

Nucleation and growth continue to occur simultaneously while supersaturation takes place. In the supersaturated solution of salt and water, the sodium (Na) and chlorine (Cl) are separated by water molecules (H2O). As water starts evaporating from the supersaturated solution, the Na+ and Cl- ions begin to bond together, first as single molecules and then as crystals. When salt molecules in the solution come together, interlock and stay fixed in their position, crystals are formed. The molecules get fixed, just like the pieces of jigsaw puzzle. As more and more molecules come towards the nucleus and join to form the lattice structure, the nucleus becomes too large. As it grows, it cannot stay in the solvent condition and so, falls out of the solution. This means, it crystallizes. Thus, salt crystallization takes place.

Other molecules in the solution gather into clusters and crystallize in the same manner. The process continues until the water evaporates. If you take a supersaturated solution of salt and water in a jar and keep it aside in a cool undisturbed place after covering the jar with a paper, you will be able to see several salt crystals, over a period.

You can get crystals by lowering the temperature or pressure of a saturated solution. Studying such processes helps explore the ’cause and effect’ relationship between various elements of nature. Salt crystallization is an important aspect of study from the point of view of human safety; as it helps prevent the damage in porous building materials. 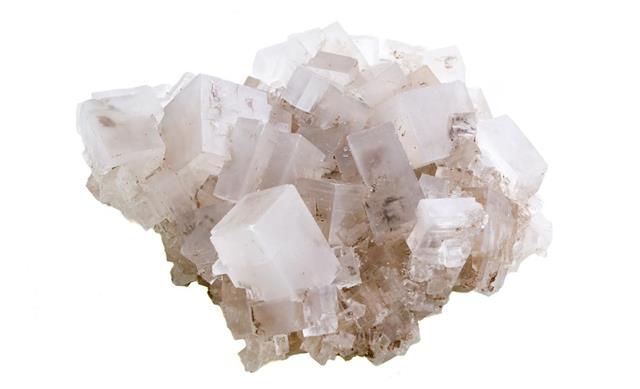