The Intriguing History of Paper Towels Not Many People Know About 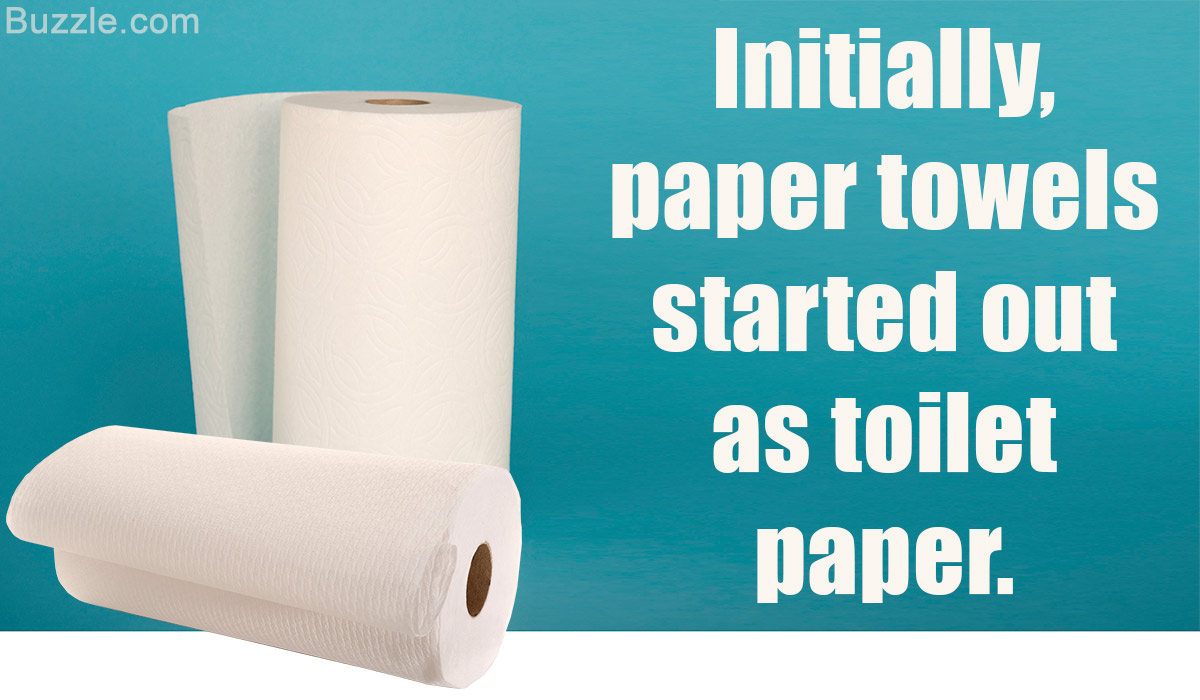 The ‘invention’ of paper towels was as much accidental as it was deliberate. There were several events in history that led to the advent of paper towels.

Paper towels are often bleached white to highlight their sanitation and hygiene factor.

Paper towels have become a very integral, ‘can’t imagine life without them’ kind of entity in our lives, don’t you think? They are used for the basic cleaning of any and everything, whether it be the kitchen or the bathroom, or even the living room. Anything that requires dabbing of water away from a surface―here come the paper towels. The fact that paper towels are so widely and commonly used is because of the convenience and comfort that they lend to their users. Unlike cloth towels which need to be cleaned with every wash, paper towels can simply be discarded after every use, thus bringing in hygiene and sanitation into the equation as well―a widely celebrated fact, no less.

The History of Paper Towels

Some inventions are brought about after putting in years and years of hard work, carrying out countless experiments, facing a score of failed turns and near misses, to finally unveil the product in all its glory―while others, not so much. The history of paper towels falls in this second category, giving it a great twist of its own.

The history of paper towels is closely linked with that of the toilet tissue’s history.

The Scott Paper Company of Pennsylvania was started in the year 1879 by the Scott brothers, Arthur and Irvin. By the year 1907, it was a leading brand name in toilet tissue paper. The company was doing very well for itself when on a particular occasion, bad news came ‘a knocking―the president of the Scott Paper Company (Arthur Scott) was told that an entire batch of toilet tissue paper―as much as an entire railroad car―was rendered useless. It could neither be used nor shipped and it would have to be discarded. The reason cited was that it was rolled into extremely thick rolls and hence, could not be made use of in the way that it was intended for. This meant that the Scott Paper company would have to incur a heavy loss.

Arthur Scott was left wondering what his next step should be, and whether the toilet paper should simply be discarded as was being advised. But before any such step was taken, he remembered reading about an article in an 1879 tabloid―the article was about a Philadelphia teacher who had started handing out soft paper to her students suffering from the common cold and flu. She did this to act as a substitute to the cloth towels that were used in the community washrooms, which she believed would only lead to the spread of the disease. Instead of these, a soft paper could be used once and disposed off and it would prevent the transmission of germs from one sick kid to another.

Scott loved this idea so much that he was convinced that he could use the discarded paper for the same purpose, and that is what he set about to do. First, he cut the paper into individual sections and designed them into towel-sized sheets. After which, he sold them as a more effective, preventive measure from the onset of diseases, and still later as disposable paper towels to hotels and restaurants to be used in public washrooms. The product was named Sani-Towel® in order to highlight their superior hygienic qualities.

In 1931, Scott set about to create history by introducing an entire new category to the grocery list of the average shopper. He introduced the first paper towel for kitchen cleaning. These paper towels were 18” in length and 13” in width. However, the paper towels did not become a common household item and replace the cloth towel for a very long time.

How do paper towels soak up all that water? It’s because they are loosely woven together, thereby allowing the water to travel between them.

Manufacturers of paper towels introduce shapes of circles or diamonds on the paper so that it helps in absorbing the liquid better.

Resin size of the paper towels often used as an effective way to improve the wet strength of the towel and lend it more strength.

Paper towels are made from recycled or even virgin paper pulp which is acquired from fiber crops or wood.

Most paper towels have at least two layers of paper that is pressed together. However, there could even be 3-4 layers depending on how thick and absorbent the product is meant to be.

Paper towels may be packed individually or sold in stacks or even as a continuous roll.

Paper towels are the second, most-used product of the ’tissue market’, after toilet paper. Its consumption is the highest in the USA.

Paper towels are often used for cleaning the kitchen or for cleaning any other surface, the fact remains that the paper towel is here to stay. Just make sure that you do not misuse this product by using it mindlessly. And better still, opt for a pack which is made from recycled paper.