Osmosis Vs. Diffusion: How are They Different From Each Other?

ScienceStruck helps you to distinguish between the processes of osmosis and diffusion, with respect to their characteristic features and modes of operation.

Home / Uncategorized / Osmosis Vs. Diffusion: How are They Different From Each Other? 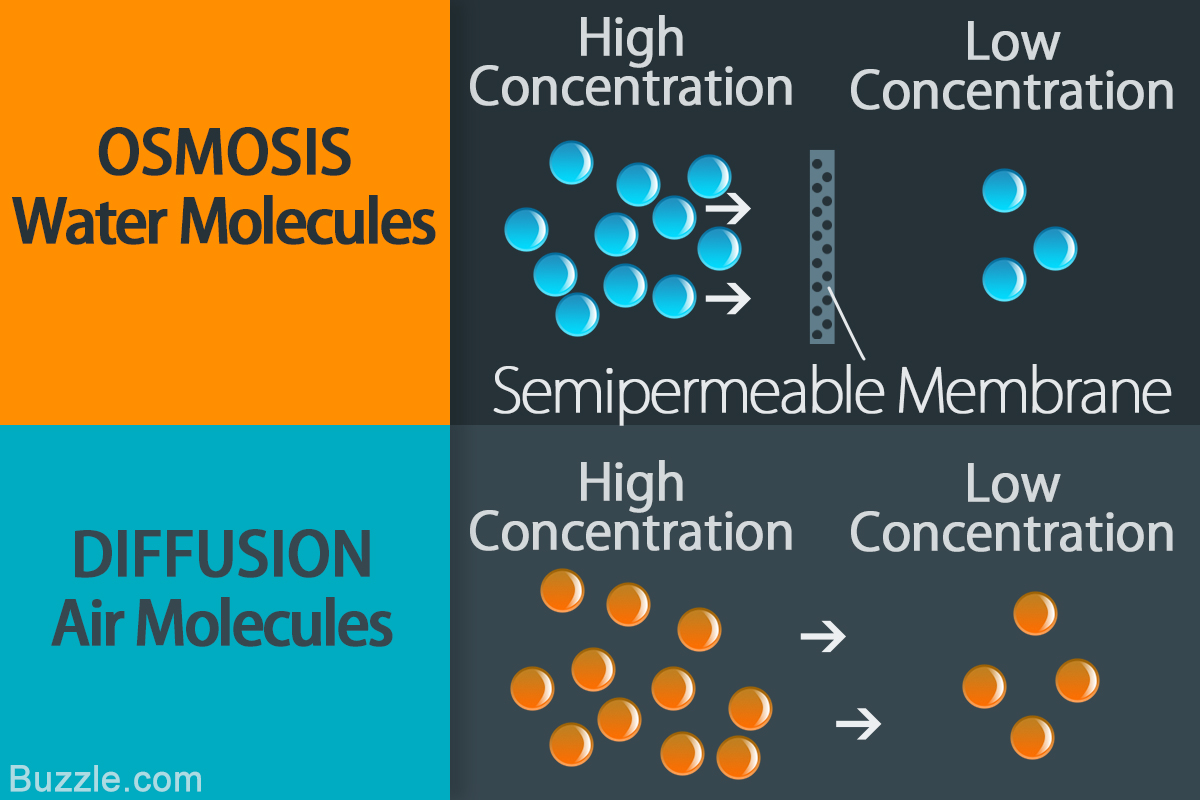 ScienceStruck helps you to distinguish between the processes of osmosis and diffusion, with respect to their characteristic features and modes of operation.

Ever wondered why our body parts appear pale and swollen after being in contact with water for a long time? This bloated condition results due to osmosis. Our body has a lower concentration of water as compared to the surroundings, wherein we are in contact with a body having high water concentration; for instance, while swimming in a pool, a river, or near the seashore. Thus, water rapidly starts entering our skin, causing it to swell.

How does transfer of molecules take place in our body? Have you ever thought about the underlying phenomenon, which forms the transport system in our body and surroundings? You might have observed that grapes swell up when they are immersed in water, and when you dab on perfume, the fragrance spreads slowly from your room to other places. There are two movement-based phenomena known as osmosis and diffusion, respectively, which are responsible for the occurrence of such processes.

The contrasting characters or differences between both these processes can be studied with the help of the following points.

✿ The solvent molecules move from a hypotonic to a hypertonic solution.

✿ The transfer takes place through a semipermeable or selectively permeable membrane.

✿ It can take place only through liquid solvents.

✿ It occurs over short distances.

✿ It is very important regarding the absorption of nutrients by cells from the surrounding medium.

✿ It is a comparatively slower process.

✿ Examples: (i) water absorption through the plant roots; (ii) getting thirsty after eating salty foodstuff.

✿ The transfer takes place in a random manner in the absence of a semipermeable membrane.

✿ It can take place through both liquids and gases.

✿ It occurs over long as well as short distances.

✿ It is important in the case of nutrient flow within the body, and the subsequent energy production.

✿ It is a relatively faster and time-dependent process.

✿ Examples: (i) detecting a burning smell during a fire; (ii) dissolution of sugar in a glass of water.

✿ How Does it Occur?
The concentration of the solvent, i.e., the amount of solute present, is known as the gradient. The solution that has more solute concentration than the surrounding area is said to be hypertonic. On the contrary, the solution that has less gradient of the solute molecules than the surrounding area is known as a hypotonic solution. If the amount of solute molecules in both the solution and surrounding space is more or less equal, then the solution is called isotonic. Osmosis takes place when water molecules move from a hypotonic to a hypertonic solution, i.e., from a region of higher concentration to a region of lower concentration. From this phenomenon, the term ‘osmotic pressure’ is also derived. It is the pressure that is applied to the solution to prevent inward flow of water. In simple words, the pressure that is maintained at a certain point, wherein the flow of water through the semipermeable membrane does not take place is known as osmotic pressure. Osmotic gradient is the difference in the concentrations of the two solutions on either side of the semipermeable membrane. Osmosis is a comparatively slower process than diffusion, as the movement of molecules is slow due to the presence of the membrane.

✿ Examples
So, the next time you observe grapes that swell up with water, remember that this takes place due to osmosis. Grapes are said to be in a hypotonic medium when immersed in water. The H2O molecules flow inside towards their core portion through the semipermeable cell membrane, which causes them to bloat up. Other examples of osmosis are membrane transport in biological systems, cytolysis, and plasmolysis. Reverse osmosis is the process that is applied to purify water from impurities.

✿ How Does it Occur?
Diffusion is much simpler than osmosis. There’s a transfer of kinetic energy taking place in the molecules due to the collisions between them in random motion. This energy brings about a constant motion between the molecules, and they are known to be diffusing with each other. Hence, this process is dependent on the kinetic energy of the molecules, which keeps them in constant motion, until a state of stability or equilibrium is reached. It is comparatively faster than osmosis. A uniform dispersion of the molecules is known as net diffusion. There are certain conditions that control the process of diffusion. If the differences between the concentration of the solute are on a high scale, then the rate of diffusion is also higher. This rate increases with a rise in the temperature of the environment, where the process is taking place. This process takes place in both liquid and gaseous states, though the latter is observed more. The rate of diffusion is directly proportional to the speed of movement of the solute molecules, and inversely proportional to its weight. The process of diffusion is crucial during photosynthesis, respiration, transpiration, etc.

✿ Examples
When you spray a perfume, its aroma starts spreading in the room instantly. This happens because the gas molecules in the perfume liquid drops start diffusing with the surroundings, and spread in the entire room. The same phenomenon takes place when incense sticks are lit up, or when the aroma of a delicious dish spreads across the room. Diffusion does not require a semipermeable membrane to be present for the movement of molecules through the medium.

Osmosis and diffusion take place along the concentration gradient. When we compare both the processes on the basis of their similarities, they fall under the category of passive transport. They do not require any external energy to drive the process. The most evident similarity between them is that both the processes tend to equalize the concentrations of solutions, thus, creating an equilibrium. They occur in living as well as non-living systems. 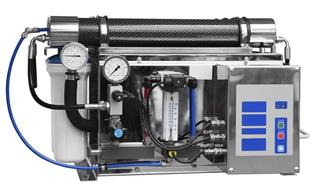 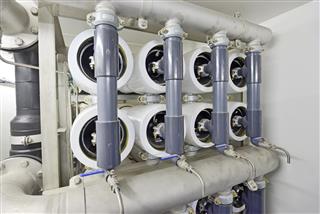