Osmium is a rare metal that belongs to the platinum group members. The following article provides information about its density, melting point, and other properties. 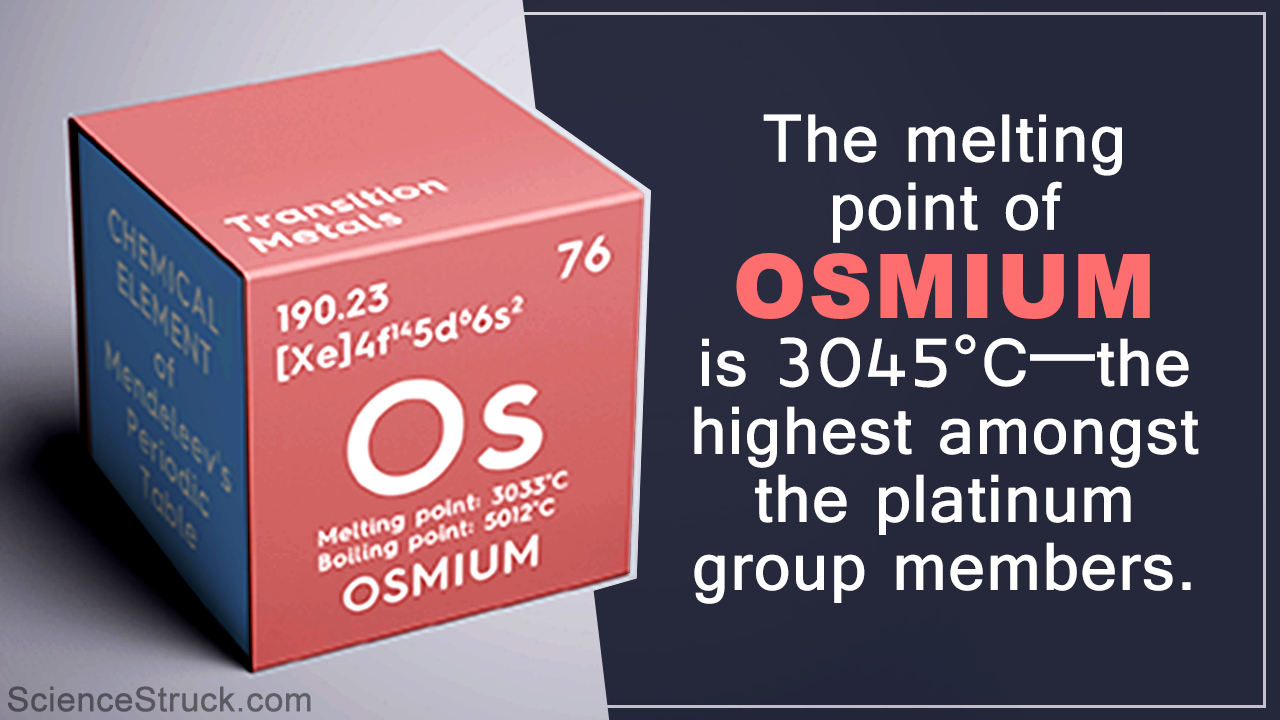 Osmium is a rare metal that belongs to the platinum group members. The following article provides information about its density, melting point, and other properties.

Osmium is a metallic chemical element with the atomic number 76, and electronic configuration, [Xe]4f145d66s2. It is one of the rarest elements on Earth. It mainly exists in the form of alloys. Its name has been derived from the Greek word, osme, meaning, smell or odor. It was discovered in 1803, by an English chemist, Smithson Tennant, who found this chemical element in the residue of crude platinum dissolved in aqua regia mixture. Being a part of the precious platinum group members (PGMs), it has some unique features.

Amongst the various features of this element, its density and melting point are most noteworthy. One of the most interesting facts is that, as per various studies and research, its density is the highest amongst various natural elements known to mankind, and it is close only to iridium. Earlier, there was some confusion as to which one of the aforementioned metals is the densest metal known. However, after further research based on lattice parameters, the density of osmium was found to be slightly higher than that of iridium. Hence, at 20°C, it is the densest element. The 10 densest metals have been presented below in a tabular form.

In the periodic table, elements starting from cerium (atomic number 58) to lutetium (atomic number 71) are known as lanthanides. The term ‘lanthanide contraction’ refers to the decrease in ionic radii of these elements. Due to the increase in effective nuclear charge, there is a reduction in the atomic size as you go from left to right in the periodic table. Since osmium has the atomic number 76 and lies in the same group 6, the effects of lanthanide contractions are also seen on its density. Atomic radii of platinum group members are almost the same as those of the fifth group elements, but their atomic masses are almost twice as that of the fifth group elements. Hence, owing to lanthanide contraction, its density is very high.

Osmium finds its use in a variety of alloys in the industry. It is also used as a catalyst in the chemical industry. It should also be noted that it is highly toxic.

PS: The data about melting point and density is approximate and not exact.