Noble gases have fully-filled valence orbits that make them most stable of all elements. As per chemistry principles, elements always have the urge to attain a stable configuration as that of noble gases. We'll study an atom's tendency of attaining a noble configuration which is termed as the 'octet rule'. 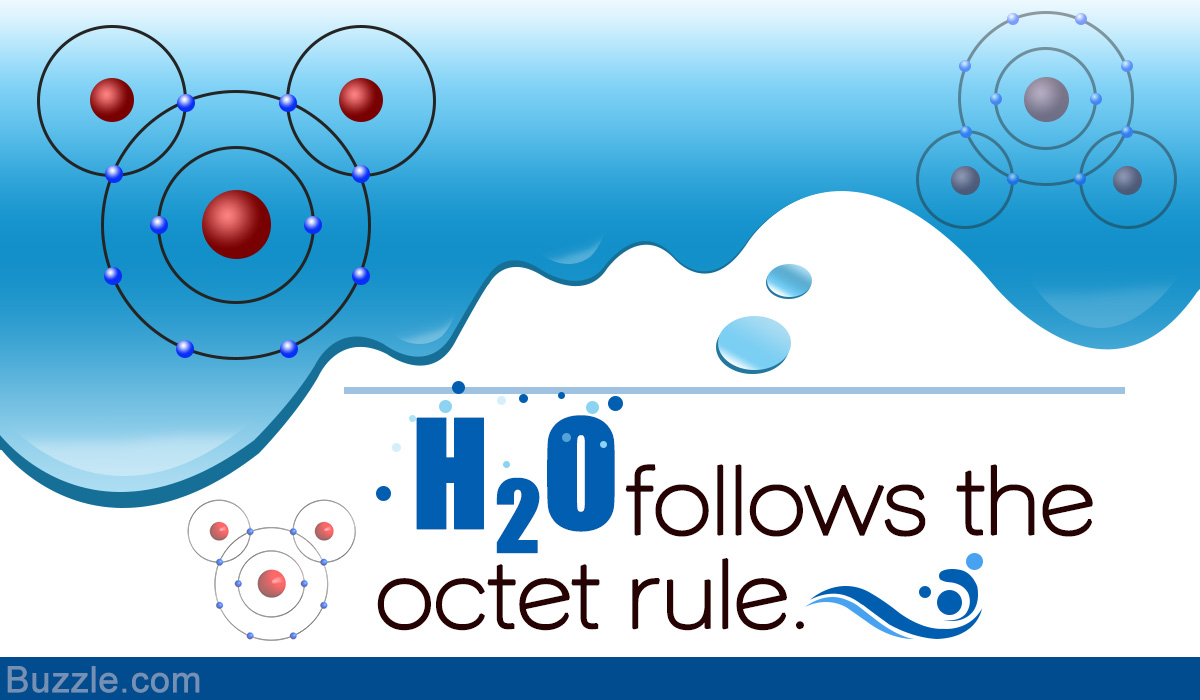 Noble gases have fully-filled valence orbits that make them most stable of all elements. As per chemistry principles, elements always have the urge to attain a stable configuration as that of noble gases. We’ll study an atom’s tendency of attaining a noble configuration which is termed as the ‘octet rule’.

Octet rule helps us understand the positioning of electrons around the nucleus of an atom.

Elements possess the tendency to lose or gain electrons in order to have a configuration similar to the nearest noble gas. Atoms of these elements either donate, accept, or share electron/electrons to have eight electrons in the outermost valence shell. The energy of an atom decreases with increasing stability. The significance of octet concept is that it explains the reaction of elements with one other to form compounds.

Atoms obtain stability by adhering to the octet rule. Those having less than eight electrons in the outer orbit, accept electrons to have a valency value of eight. This results in fully-filled outermost ‘s’ and ‘p’ orbitals. An octet is represented by an electron configuration ending with ‘s2‘ ‘p6‘.

What is the Octet Rule

Octet rule is called ‘the chemical rule of thumb’. It defines the propensity of elements belonging to the main groups in the periodic table, to react with each other to form compounds and become stable. The element attaining octet configuration has completely filled outermost ‘s’ and ‘p’ orbitals. The first 20 elements belonging to the periodic table have highest tendency to follow the octet rule. One possible reason for this is the lower atomic weights assigned to these elements.

Examples of the Octet Rule

Lewis diagram (given below) is a representation of bonds between elements. It depicts the covalent bond between elements of a compound. In this diagram, the electrons are depicted by solid dots. Electrons depicted between two elements are the covalent electrons and must be counted twice. Eight electrons around each element depicts that the element adheres to the octet Rule. Examples of Octet rule can be explained with Lewis dot diagrams.

◇ Carbon is the cardinal element in this compound, to which two oxygen atoms are linked.
◇ Two covalent bonds are formed between carbon and oxygen.
◇ This compound achieves its octet.

Exceptions to the Octet Rule

Not all the combining elements attain an octet. There are a few exceptions to the octet rule which are defined below with examples.

Atoms with odd number of electrons

◇ Oxygen and nitrogen are bonded with each other such that oxygen has a full outermost shell.
◇ Nitrogen has seven electrons in its outermost shell which implies that valency is not attained.
◇ In no way can nitrogen attain octet as it has one unpaired electron.

How is the Octet Rule Used in Covalent Bonding

Valency 8 – Group number of the element = Number of covalent bonds

For Carbon
Carbon belongs to group 4 of the periodic table.
Covalent bonds for Carbon = 8 – 4 = 4

For Chlorine
Chlorine belongs to group 7 of the periodic table.
Covalent bonds for Chlorine = 8 – 7 = 1

To summarize it all, atoms act as donors or acceptors depending upon their need to achieve the octet configuration. Thus, octet rule can be considered as an explanation as to why elements react with each other to form compounds.