Learn All About the Intriguing Ocean Food Chain and Be Amazed

Oceanography and marine science unravels many unsolved mysteries which fascinate mankind even today. The marine food chain is one amongst them. The food chain begins with the tiniest microorganisms who are the major producers of food in the ocean and are in turn, consumed by bigger lives, which are eventually preyed by the largest marine lives such as whales and sharks.

Oceanography and marine science unravels many unsolved mysteries which fascinate mankind even today. The marine food chain is one amongst them. The food chain begins with the tiniest microorganisms who are the major producers of food in the ocean and are in turn, consumed by bigger lives, which are eventually preyed by the largest marine lives such as whales and sharks.

The largest biome on planet Earth is the marine biome, which covers around 70% of the Earth’s surface.

The ecosystem of the oceans is regulated by the marine food chain. It is also called the marine food web by marine scientists. The reason for this is that many of the marine species nourish on more than one kind of creature or food. In addition, there are many inmates who eat the members of their own group too.

The top predators are at the highest level of the food chain, and are called the ‘quaternary consumers’. Being the biggest and most powerful creatures in the ocean, they prey on the larger fish as well. Apex predators are well-versed in hunting, and are quite helpful in controlling the population of other species of the marine world. Big predators include whales, killer sharks, orcas, etc. In times of need, they also hunt and kill the weak and the sick members of their own species. Sea mammals also contribute to the food chain by consuming fish. Seals, walruses, sea lions, and dolphins are common examples of such sea animals.

Large fish prey on the smaller ones, and are also known as the ‘tertiary consumers’. With regards to the food chain, it is quite important that even small fish are hunted and eaten. If not, their population would explode, making it difficult for the entire race to survive.

The larger fish consume the smaller ones, then, they too are ingested by the top predators. Thus, it makes it a fish-eat-fish world. Small sharks, swordfish, tuna and octopuses are examples of large fish that fit into this part of the food chain.

As the name suggests, these are primarily used as bait to catch larger fish. Also known as the ‘secondary consumers’, they are very common, breed very fast, and thus form one of the most important members of the marine food web. They are present in large numbers, and make it easy for large fish to prey upon them. These small fish prey upon zooplanktons. Examples of small bait fish include croakers, glass minnows, menhadens, pinfish, sandperches, spot fish, etc.

Small floating animals, known as ‘zooplankton’ eat phytoplankton (the lowest in the food chain). Being weak swimmers, they drift or wander along with the water current. They are also called ‘primary consumers’, as they are responsible for consuming phytoplanktons, who are the primary producers.

These are single-celled marine organisms that live on the sunlit upper layers of the ocean, the ‘euphotic zone’, and are considered as one of the most powerful foods around. They contain antioxidants, vitamins, proteins and minerals. This tiny plant is the beginning of the food chain in the ocean. All other organisms of the ocean are largely dependent on this microscopic plant.

Known as ‘primary producers’ of food, they use solar energy to convert carbon dioxide and other nutrients into carbohydrates, that are used by marine creatures. Ninety-five percent of the primary food is derived from phytoplankton. They consist of algae, bacteria, archaea, etc. They are consumed by zooplankton and other fish as well. Phytoplankton is considered the most essential form of food in the ocean.

This is actually not the end of the food chain. The topmost predators of the sea are hunted in large numbers by humans. This has proved quite harmful to the marine ecosystem of some regions. Many laws have been formed to stop hunting these masters of the ocean, but to little avail. Some of the rarest species of marine ecology are close to extinction due to this. The interference of man in the ocean food web has caused much disturbance all around. 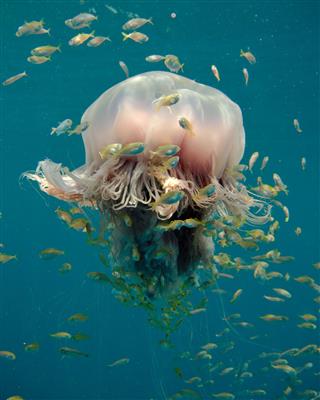 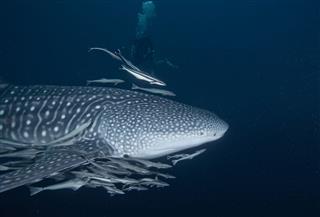 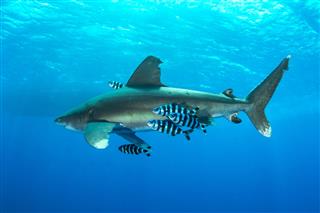 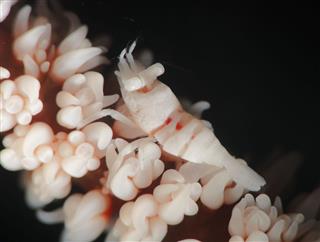