These Scientific Inventions of 2012 Made the World a Smarter Place

This year witnessed the inception of many new scientific breakthroughs by way of inventions and discoveries! Let's check out some such new scientific inventions of 2012 to see what science offered us this year in terms of technology and progress. 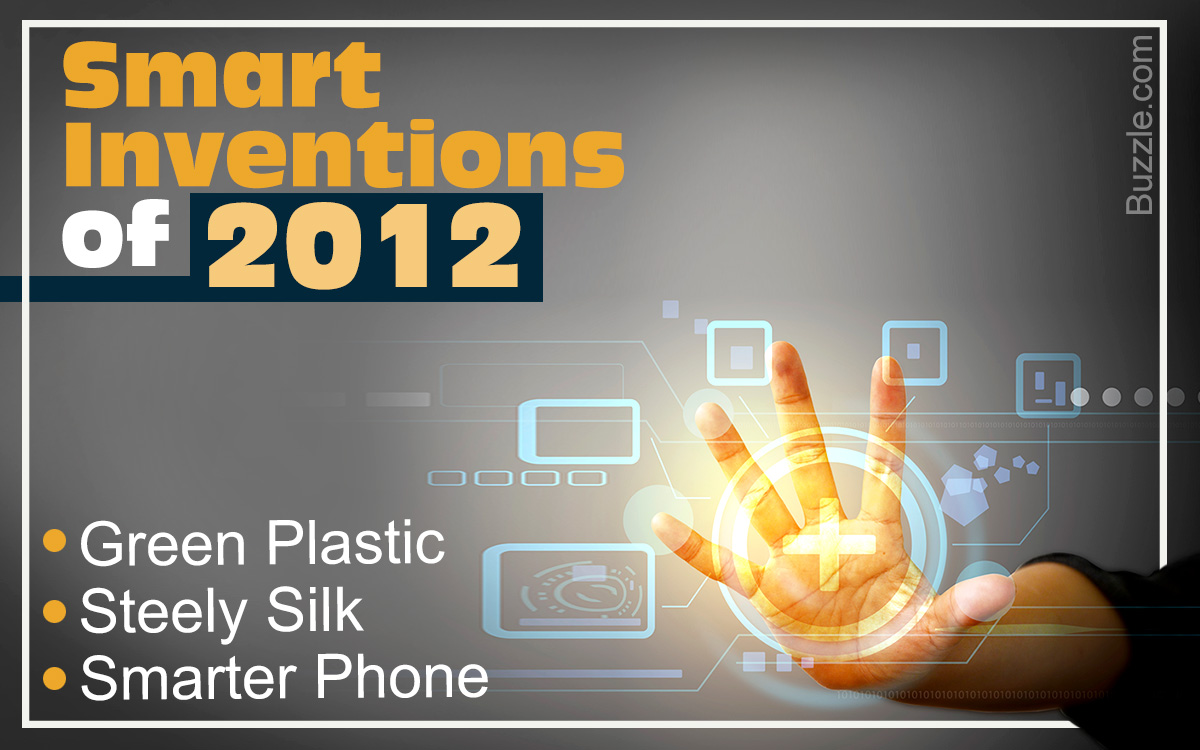 This year witnessed the inception of many new scientific breakthroughs by way of inventions and discoveries! Let's check out some such new scientific inventions of 2012 to see what science offered us this year in terms of technology and progress.

Science does not know its debt to imagination.
~ Ralph Waldo Emerson

Science is all about having an open imagination, not being afraid of making mistakes and asking the right questions. Almost all old and new scientific inventions and discoveries owe their origins and existence to these three essential human attitudes!

In line with such scientific progress, let us look at some new scientific inventions of 2012 that have given actual form to various imaginary concepts which were previously ridiculed as the ravings of a madman!

Some Smart Inventions of this Year

Check out the following new inventions to get an idea of the infinite expanse of scientific scope. Looking at these new inventions and discoveries make us bold enough to hope to see fictitious-as-of-now scientific technologies and concepts, which we have only read about in science fictions novels and seen in sci-fi movies, take material shape! Indeed, the following items give a new definition to the phrase greatest inventions of all time.

No, this is not an environment-friendly plastic that we are talking about – this one’s a life saver, literally! Developed this January by a group of researchers in California, US, this inexpensive plastic is enabled with the capability of absorbing significant amounts of carbon dioxide from the atmosphere. The implications are totally clear here – if optimally tapped, not only can this material prevent further environmental damage but it can also reduce the existing carbon dioxide excess dramatically. This could actually save the planet from premature extinction owing to global warming.

If scientists at the Korea Advanced Institute of Science and Technology (KAIST) are to be believed, we would soon have access to a range of smartphones that can tell you if you have any latent health condition just by getting in contact with your DNA sample! The team of researchers have been able to develop a touchscreen interface that are sensitive to the electrical charge produced by certain proteins and molecules of genetic matter. The conclusions of this research were published this January and the KAIST team has confirmed that touchscreens are capable of recognizing electrical charges emitted by bio-molecules. This points towards a clear possibility that touchscreens on smartphones may be tweaked in such a way that they are able to pick up the impulses of certain proteins and DNA molecules which are significant for diagnosing serious medical conditions like cancer.

Playing God has always been humanity’s secret ambition – well, no longer can it be called a secret, now that a team of American and British scientists have successfully created synthetic DNA that can store and replicate genetic information and can evolve on its own! Know what that means? We might finally be able to unravel the origins of life, maybe even recreate it! That would be a HUGE accomplishment and would mean ultimate power in the hands of humans. However, this also brings with it a tremendous amount of responsibility to make sure that such power does not fall into the wrong hands.

A team of scientists, at the University of Wyoming, have introduced certain genetic modifications in silkworms that can make them capable of producing silk that has a tensile strength which is at par with steel. Besides the strength, the volume of such spider silk that can be produced by these genetically modified silkworms is also huge.

German engineering acumen has yet again come to the fore and stupefied the world with another path-breaking invention – a wallpaper that holds the walls together long enough for people to exit the building! This wallpaper has been specially designed to prevent casualties arising due to people getting hit by or buried under rubble and bricks falling on them during an earthquake. Genius, isn’t it?

Those were some of the new inventions that (I’m sure it wouldn’t be considered an exaggeration) also double up among the best inventions of all time! That was a snapshot of some eclectic scientific developments of 2012 among many other path breaking inventions and discoveries of the year, till now! Looking at these brilliant scientific breakthroughs, we can give axiomatic status to one of the most well-known and much used phrases – the sky is the limit!