Mutualism relationships are characterized by positive reciprocal relationship between two species, for survival. It helps the species to survive through the challenges of mother nature, and adapt for several future generations. 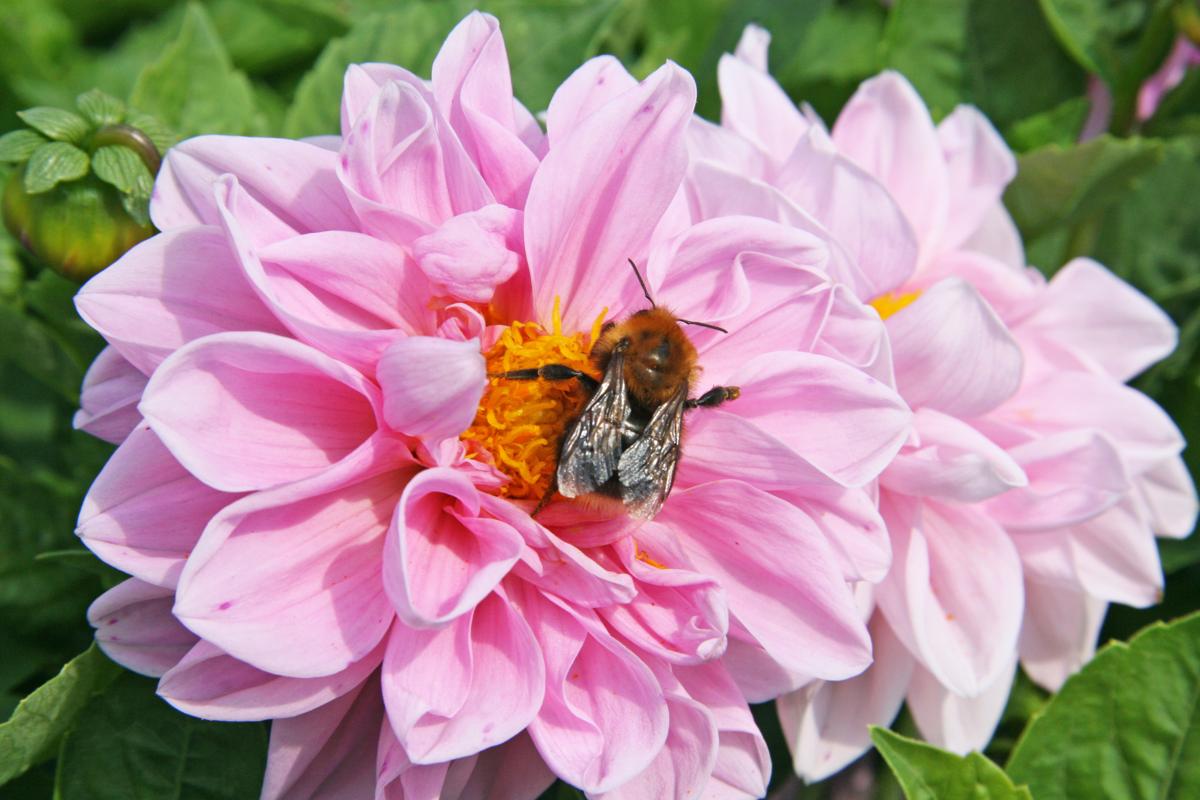 Mutualism relationships are characterized by positive reciprocal relationship between two species, for survival. It helps the species to survive through the challenges of mother nature, and adapt for several future generations.

Approximately 3.6 billion years ago, the first living organism, Prokaryote, appeared on Earth. And today, there are more than 8 million Eukaryoticspecies present on Earth. This astonishing transformation is the result of slow and gradual evolution. In this drive for evolution, or survival, natural selection was the most powerful engine. It automatically prolonged the life of the organism that was fit to survive, and ensured the reproduction of its future generations. The ones that were not so strong, started to adapt.

It is impossible for any species to survive alone. Here, to survive does not refer to an organism’s life-time, but rather the consistent transfer of his genes into the future generation. The nature and our environment is full of resources, which if judiciously used, any species can ensure its existence for many centuries. And all they need to learn is interaction, mainly biological, with other species and organisms.

Ecologists term the relationship shared by two organisms as symbiosis. It means a long term interaction amongst different biological species, which benefits either both or at least one party. There has been an ongoing debate between several ecologists, as to what should be the scope, and kinds of symbiosis. However, they do reach a consensus, when it comes to symbiotic mutualism relationships.

There has always been three kinds of interactions amongst various species. These are competition, predation and mutualism. Now, the reciprocal relationship between two or more species, whereby the association is beneficial for all the involved parties, is generally called mutualism. But here, it is important to understand the nature of the benefit.

The benefit can be of two types. Historically, it was considered to be regarded on the fitness of the species on an individual level, irrespective of the contribution to the relationship. However, this kind of benefit does not present a clear picture of evolution. As discussed earlier, evolution is far more extensive than the life-time of the species; it is about generations.

So, for the purpose of evolution, population level benefits are considered, which include growth in population of the species, and the genetic changes, if any.

Until recently, mutualistic symbiosis had not interested many ecologists. But, after its significant contribution to the evolution chain, many studies are being conducted to closely observe the steps leading to such associations.

Mutualism can be broadly divided into two categories, based on proximity and duration of the relationship. When two species interact and get physically involved, it is called direct mutualism. However, indirect mutualism refers to interaction without any direct physical contact.

Mutualism has always been regarded as a barter system, whereby, two species exchange certain benefits like

Almost every symbiotic mutualism relationship is about energy supply from one to another species. Certain species cannot fix carbon and depend on those species which can. In exchange for food or energy, such organisms provide services like breaking down compounds to facilitate digestion, bioluminescence, and constant survival in the environment.

➽ In vertebrate animals, certain microbes reside in their intestine. In cows, the rumen bacteria synthesize urea into ammonia and carbon dioxide. The bacteria then use the ammonia to make amino-acids, that are in turn used by the animal. In this relationship, both bacteria and the vertebrate get energy, as well as nutrition.

➽ Lichen is the result of a partnership between fungus and alga. The alga is green as it contains chlorophyl. It provides nutrition, produced via photosynthesis, to the fungus. The fungus, in return, protects it from drying out by shading the alga from excessive sunlight.

➽ Mycorrhizal association is another, and predominant type of symbiotic mutualism. In this relationship, most fungi attach themselves to the roots of the plant. They obtain nutrition, mainly carbohydrates, from the plant. While the plant is able to absorb more nutrition from the soil, as the growth of fungi expands the area of the roots.

➽Legumes contain nitrogen-fixing bacteria in their roots that makes these legumes rich in plant proteins, and the bacteria get nutrition from the plant.

➽ Endozoic algae lives inside its host, the hydra plant. The algae uses the waste product from its host for its own growth, and simultaneously works as the cleaning crew for the plant.

➽ Lichen and endozoic algae can survive only in certain environment due to their physical traits. Thus their host, in return for their services, also provide them a better habitat.

➽ There are several species of bioluminescence bacteria. These bacteria attach themselves with the hosts for the basic need of food. The hosts use the ‘lighting’ service for protection, camouflage, or for attracting mates.

The exchange of benefits between two species, with little or no physical involvement, is called nonsymbiotic mutualism. In this case, the species can live on their own, but the mutualism relationship can elongate their life. As many examples of nutrition benefit have been discussed earlier, the examples of transport and protection are dealt with, here.

Pollination has been the first and the most studied aspect of symbiosis, and so has been dispersal. Transportation of reproductive particles by another species is either through exchange of nectar or consumption of fruits or nuts.

➽ Bees carry an electrostatic charge. When they visit a flower for high protein and energy-sufficient nectar, the pollen grains adhere to their hind legs, and thus, are dispersed.

➽Truffles grow beneath the ground, as mycorrhizal symbiont to the oak tree. They have a strong scent that attracts animals, specially pigs. The pigs dig the truffles out, eat them, thereby transporting its seeds.

Many organisms need protection from diseases, toxins and also predation. Certain species provide others with such protection in exchange for food and shelter.

➽ Ants live in the hollowed swollen thorn of bull-horn acacia, and feed on protein-lipid nodules and carbohydrate rich nectar. They provide protection to acacia against herbivores by secreting pheromone or by attacking and stinging the animal.

➽ The aggressive ants, sometimes associate with sap-feeding insects, and protect them against bigger insects, in return for sugary sap.

➽ In the ocean, the brain coral has constant competition of survival from seaweeds. The small goby fish, as a symbiont, eats the seaweed, in exchange for protective shelter in the niches of the coral.

➽ A strange symbiotic relationship is that of the coyote and badger. They form a hunting team, and the coyote catches the prey above ground, while the badger hunts for the prey that is underground or living in burrows. Both the animals save energy and share their prey.

➽ Mongoose and hornbill bird also share a mutualism relationship, based only on protection. They guard each other when one of the symbiont is sleeping. Sometimes, the hornbill also gets the leftover of mongoose’s meal.

➽ Mongoose and hornbill bird also share a mutualism relationship, based only on protection. They guard each other when one of the symbiont is sleeping. Sometimes, the hornbill also gets the leftover of mongoose’s meal.

➽ The symbiotic mutualism of certain birds and the cactus is very unique to the desert. The bird hollows a part of the cactus and lives in it. The inside of the cactus proves to be the best shelter against the hot desert sun. In return, the birds pollinate and also eat any parasite harmful to the cactus.

➽ The best example can be of Egyptian plover and the crocodile. In the tropical African jungles, the crocodile lies keeping its mouth open. The plover flies in to the mouth of the crocodile and eats the decaying meat stuck in its teeth. The crocodile does not eat the plover, but appreciates the free dental care. This way, both of them are benefited from each other.

➽ Similar is the case with zebra and ox-pecker. The bird eats parasites and ticks that live on zebra’s skin. The ox-pecker gets its food and the zebra gets rid of the disease-carriers.

Bioluminescence: The process of production and emission of light by living organism.

Competition: A type of interaction between species, whereby, the fitness or chances of survival of one of the species is lowered in the presence of the other.

Eukaryotic: An organism that has a complex cell structure, with a nucleus within the membrane. Humans, animals, and all complex organisms are eukaryotic.

Facultative: A symbiotic relationship in which the symbionts need each other, but can survive on their own.

Microbes: They are single-cell organisms, that cannot be seen by the naked eye, yet they are abundant on Earth. They are also the oldest form of life on Earth.

Mycorrhizal: A type of symbiotic association between fungus and roots of a plant, either intracellularly or extracellularly.

Natural Selection: It is the basic mechanism of evolution. it was introduced by Charles Darwin. According to him, natural selection is simply favoring certain traits that assist in survival, and gradually getting rid of the traits that are not required.

Obligate: A symbiotic relationship in which the symbionts need each other for survival.

Pheromone: Chemical secreted or excreted to induce any behavior of the receiver.

Pollination: The process of transferring pollen in order to fertilize, enabling sexual reproduction in plants.

Predation: A type of biological interaction, where one organism hunts another that gradually results in death of the prey.

Prokaryote: An organism that lack cell nucleus. They are generally unicellular. By definition, prokaryote are simply those that are not eukaryote.

Rumen bacteria: Bacteria living in the rumen, the larger part of first alimentary canal in ruminant animals. These animals first digest their food inside a compartment in their stomach, regurgitate the softened mass, and then chew it again.