Everything About the Locard’s Exchange Principle in Forensic Science

Locard's exchange principle is an important part of forensic science investigation. It states that any criminal leaves behind a trace when committing a violent crime. It is the investigator's duty to find this trace evidence and reconstruct the events of the crime. 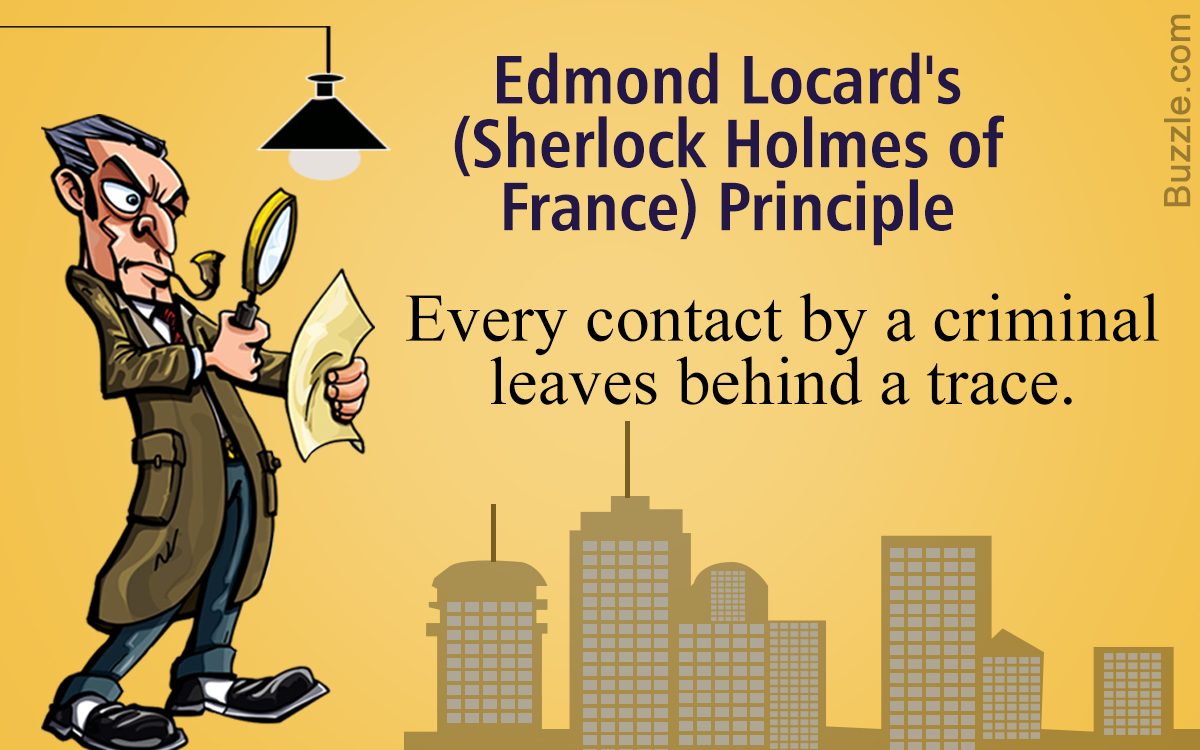 Locard’s exchange principle is an important part of forensic science investigation. It states that any criminal leaves behind a trace when committing a violent crime. It is the investigator’s duty to find this trace evidence and reconstruct the events of the crime. 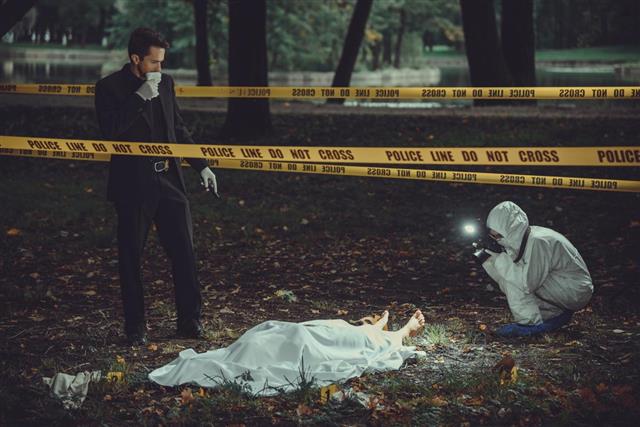 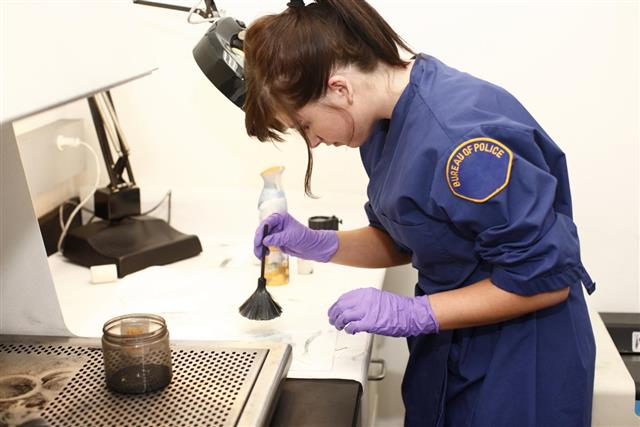 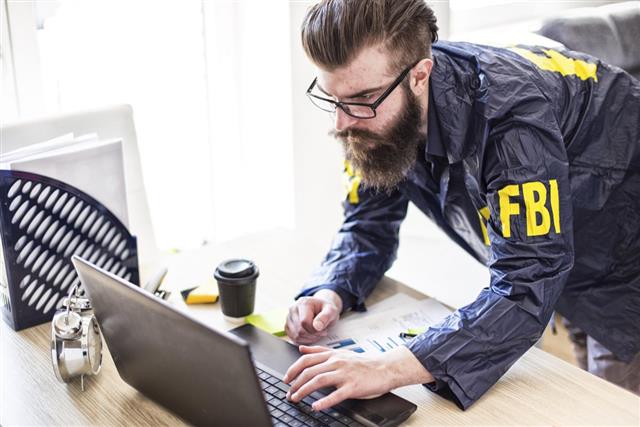 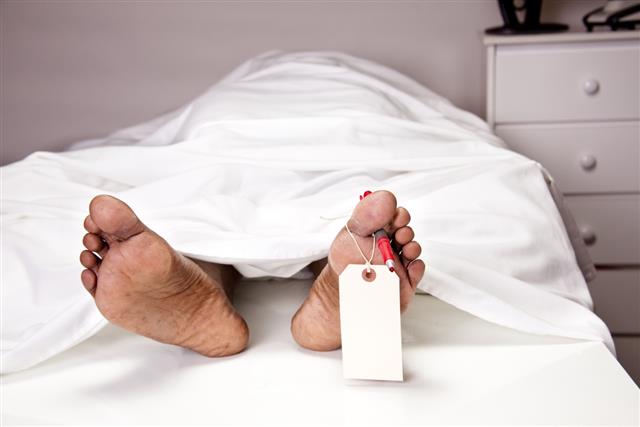 As long as the criminal remains upon two legs so long must there be some indentation, some abrasion, some trifling displacement which can be detected by the scientific researcher.
~ Sherlock Holmes, The Adventure of Black Peter

Forensic science has changed the way crime investigations are handled. By examining and analyzing the physical evidence and reconstructing the circumstances of the crime, forensic investigators are able to come up with scientific information that they can present in court. A person who is responsible for one of the most important principles in forensic science is Edmond Locard. He came up with the Locard’s exchange principle or Locard’s theory which states that “Any action of an individual, and obviously, the violent action constituting the crime, cannot occur without leaving a trace.”

A devout viewer of crime investigative series on television will be able to understand the importance of this principle. Haven’t we all observed how the investigator goes to the site of a grisly murder and examines the crime scene, to check for blood stains, footprints or fingerprints, murder weapons and even the slightest of traces of blood in the nails? This is known as trace evidence, and according to Locard’s principle whenever a crime is committed, trace evidence no matter how small or less, will always be present.

To understand Locard’s theory it is important to understand how important trace evidence is to forensic investigation. When a crime is committed, the police and investigators are left with fragmented pieces of a puzzle. The forensic team helps in reconstructing the puzzle with the help of trace evidence which refers to evidence left behind by the criminal on the crime scene. This can be anything from hair, fibers, pieces of clothing, blood, fingerprints, etc.

“Wherever he steps, whatever he touches, whatever he leaves, even unconsciously, will serve as a silent witness against him. Not only his fingerprints or his footprints, but his hair, the fibers from his clothes, the glass he breaks, the tool mark he leaves, the paint he scratches, the blood or semen he deposits or collects. All of these and more, bear mute witness against him. This is evidence that does not forget. It is not confused by the excitement of the moment. It is not absent because human witnesses are. It is factual evidence. Physical evidence cannot be wrong, it cannot perjure itself, it cannot be wholly absent. Only human failure to find it, study and understand it, can diminish its value.”

Before the 19th century, most of the time in court and during investigation, witness testimonies were favored as opposed to evidence. Most investigators refused to perform invasive procedures on the dead body due to emotional respect, squeamishness and sometimes even superstitions. With the progression of scientific studies in anatomy and microscopy, science was integrated into criminal investigations.

The first known use of science and logic for crime investigation was done by Alphonse Bertillon in the late 1800s.

He developed Bertillonage, a simple procedure which involved recording a series of body measurements and noting other physical characteristics. This information was then placed on a single identification card in a police file. Prior to the use of fingerprint recognition, this was the most used system of tracking and identifying criminals.

Apart from body measurement, Bertillon was also responsible for development of photography for criminal identification.

It was Bertillon’s contribution to the forensic sciences that influenced Dr. Edmond Locard, the vanguard of forensic science. He was the director of the first crime laboratory, in Lyon, France and worked as a medical examiner during World War I.

Like Alphonse Bertillon, Locard too advocated the use of scientific studies for criminal investigation. According to him, “Il est impossible au malfaiteur d’agir avec l’intensité que suppose l’action criminelle sans laisser des traces de son passage.” which translates to “It is impossible for a criminal to act, especially considering the intensity of a crime, without leaving traces of his presence.” He tested this principle of exchange during many of his investigations.

In 1930, Locard published three papers in the American Journal of Police Science which are now known as Locard’s Theory of Exchange

Other significant contributions by Locard involves dactylography, which is an area of study that deals with fingerprints. He developed poroscopy, which is the study of fingerprint pores and the impressions produced by these pores.

One of the best ways to demonstrate how Locard ‘s theory is applied, we take an instance of an investigation done by Locard himself. In 1912, while investigating the death of a Frenchwoman named Marie Latelle, the police questioned her boyfriend Emile Gourbin. He claimed he was playing cards with his friends, and when questioned, the friends attested to this fact. When the corpse was examined by Locard he found evidence of death by strangulation.

He scraped underneath the boyfriend’s fingernails to look for skin cell samples. On close examination under a microscope, Locard found a pink dust in the cell samples. He figured this was makeup and although popular, makeup was not very widely manufactured. After searching further he found a chemist who made custom-made powder for the deceased woman and a match was made. With all evidence against him, Gourbain confessed of murder and tricking his friends into believing his alibi.

Is it Possible to Get Away With “A Perfect Crime”

According to Locard’s “every contact leaves a trace” theory, it is impossible to commit a crime without leaving behind fragmentary (or trace) evidence. It is the investigators job to collect the physical evidence and carefully examine it, so as to create systematic documentation. The documentation of the physical evidence along with the statements of the witness, suspects, and victims help in crime reconstruction.

The trace evidence can be divided into:

The Drawbacks of Locard’s Theory

One of the greatest drawbacks of Locard’s exchange theory lies in evidence dynamics. This refers to the alteration of physical evidence before it has been examined by investigators. There are many factors that can lead to the tampering and destruction of evidence. 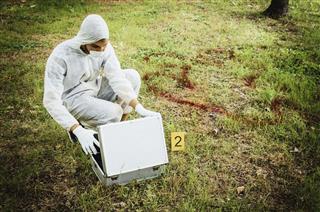 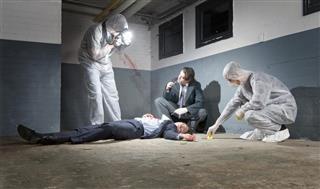