List of Famous Mathematicians and Their Contributions to the World 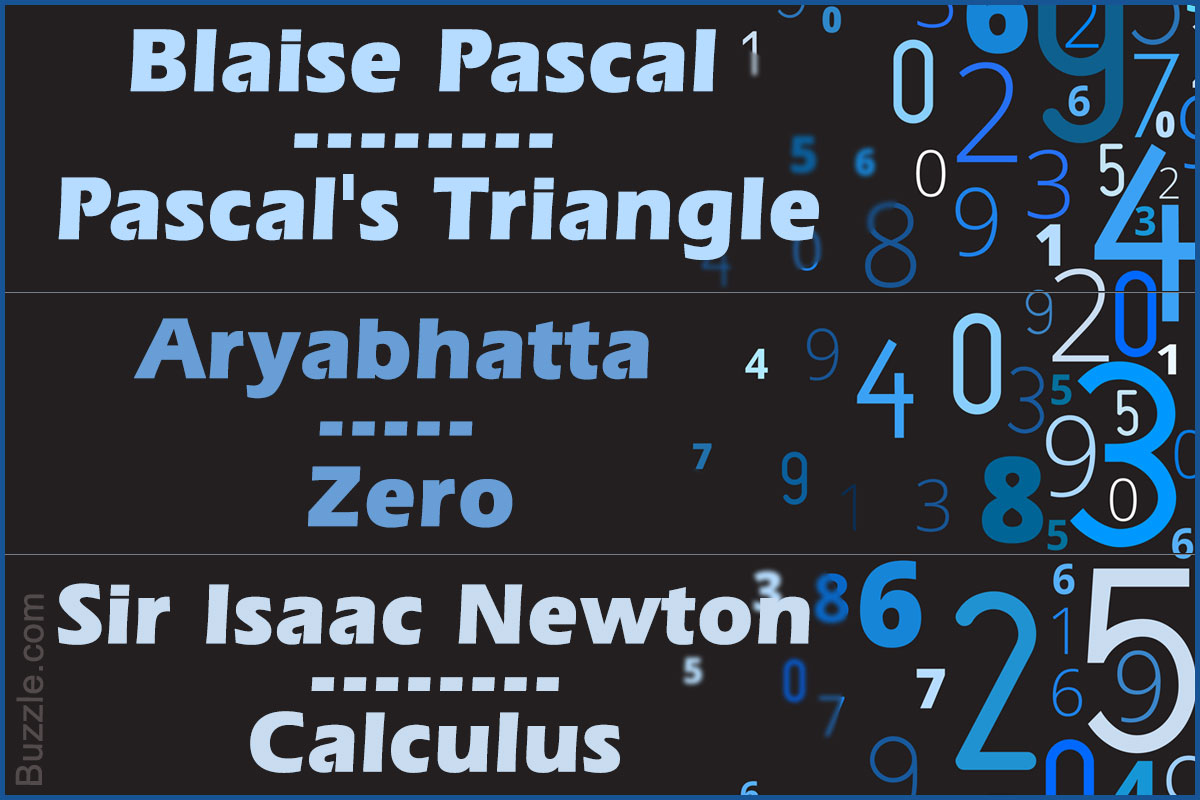 Mathematics has witnessed some of the most genius brains pondering over complex problems and solving them to unravel mysteries of Universe, science, and life. The world salutes the great mathematicians and their contributions. There is certainly no end to the series of such great people, whose works created the platform for others to produce seminal works in mathematics. 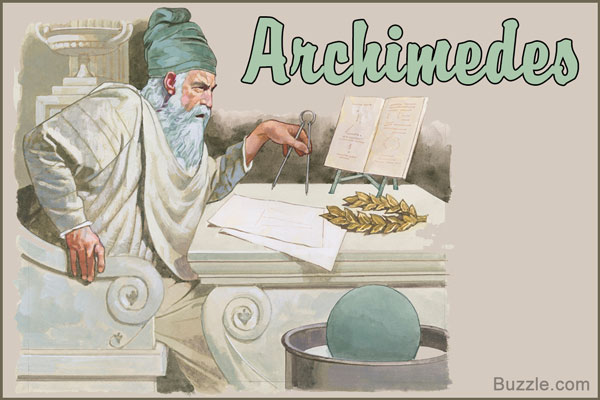 The greatest scholar of the ancient era, Archimedes made phenomenal contribution in the field of mathematics. His works include finding various computation techniques to determine volume and area of several shapes, including the conic section.

Euclid, the ‘father of Geometry’, wrote the book ,”Euclid’s Elements”, that is considered to be the greatest piece of historical works in mathematics. The book is divided into 13 parts and in it, Euclid has discussed in details about geometry (what is now called Euclidean geometry). His works are also well-known in the fields of spherical geometry, conic sections, and number theory.

Aryabhatta, the greatest Indian scholar in the field of maths, has been famous for his theorems on astronomical bodies that have been found to be very accurate in terms of modern calculations. “Aryabhatiya”, his only work to have survived has given the world innumerable theorems and research subjects. His two other major contributions are the introduction of zero to the world and calculating the approximate value of pi. His works are also spread in fields, like algebra, arithmetic, trigonometry.

Srinivasa Ramanujan Iyengar, the greatest Indian mathematician of 20th century, contributed immensely in fields like number theory, mathematical analysis, string theory, and crystallography. His genius has been admired by some greatest contemporaries of his time. He is hailed to be one of the most famous in the field of number theory. Although he lived for a short span of 32 years, he compiled nearly 3900 phenomenal results that leave even the best mathematical brains of today in sheer awe! 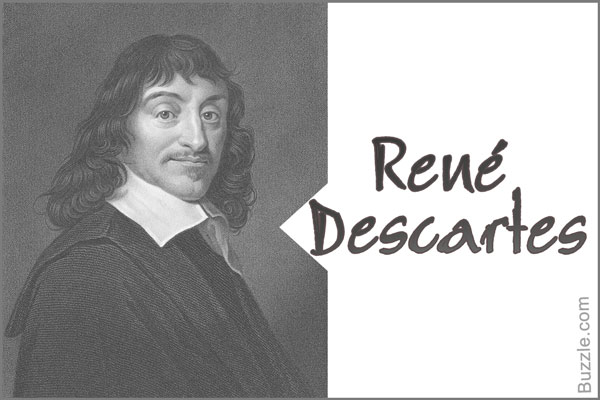 The French philosopher and scholar, Rene Descartes, was well-known for his method of expressing geometric shapes in the form of algebraic equation. It was because of Rene Descartes that we got introduced to the beautiful branch of co-ordinate geometry. The Cartesian coordinates, in fact, refer to his name. Besides this, Rene has contributed significantly in the field of optics and energy conservation.

Carl F. Gauss, a German expert, known as Princeps mathematicorum meaning, “the Prince of Mathematicians” or “the foremost of mathematicians” was a child prodigy and a genius. Carl F. Gauss made path-breaking contributions in fields, like set theory, statistics, differential analysis, geophysics, electrostatics, number theory, and astronomy. He proved the fundamental theorem of Algebra and also contributed to number theory.

Blaise Pascal, a French philosopher, mathematician, and physicist, contributed in several areas of mathematics, but he is widely known for Pascal’s triangle. He invented the first mechanical adding machine in the year 1642. The unit of atmospheric pressure, Pascal (Pa) has been named in his honor. He also contributed to the field of computers, and the programming language Pascal was named after him, in 1972.

The Greek philosopher, known as the ‘father of numbers’, is famous for the discovery of Pythagorean theorem formula, which states that in a right angled triangle, the square of the hypotenuse (z), is equal to the sum of the squares of the other two sides, x and y – that is, x2 + y2 = z2. 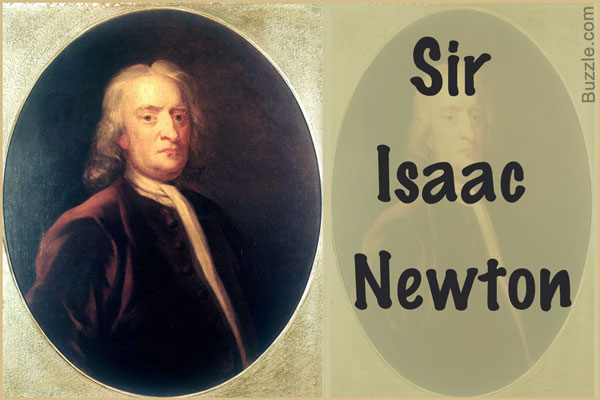 Sir Isaac Newton was one of the greatest contributors in the field of maths and physics. His works are spread in almost every field. He developed Calculus, both differential and integral, that are still the most important aspects of higher mathematics. Using Calculus, he made it easier to find the area bounded by closed curves. In physics, his most world-changing work was the discovery of existence of gravitational force in our surrounding.

A child prodigy, a watch designer, and an intellectual in maths, Banneker discovered many puzzles in fields of trigonometry. He was a genius in logarithms and used them extensively in trigonometry.

The Hungarian-American physicist, John has contributed significantly in several fields, like set theory, functional analysis, quantum mechanics, ergodic theory, continuous geometry, and statistics. His operator theory in mechanics is still regarded as one of his most pioneering works. He was also a key figure in the development of game theory.

The Fourier’s law and Fourier transform are named after him. He is also accredited with the discovery of the green house effect. He is popular for discovering Fourier series and its uses in determining its application of real life examples in heat transfer and vibrations. 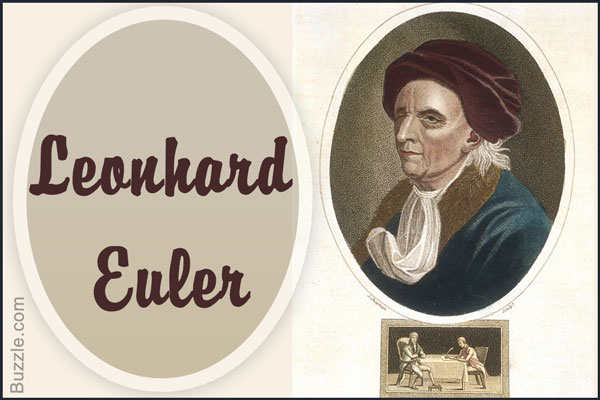 Euler, a Swiss physicist and an expert in maths, is widely acclaimed for his works in the field of function notation. His mathematical genius has been proved in the fields of infinitesimal calculus and graph theory. His mathematical works and research in optics, mechanics, and fluid dynamics have been hailed to be very influential.

Especially known for her work on ‘Fermat’s Last Theorem’, Sophie was one of the initiators of the elasticity theory and also contributed to number theory and philosophy. She was regarded as the ‘the revolutionary mathematician’ of her times.

She gave path-breaking theorems in algebra field. The most popular, “Noether’s Theorem” connects symmetry and conservation laws in Physics. She also contributed to the theories of algebraic invariants and number fields.

Leonardo of Pisa, the greatest European Italian scholar, popularly known as Fibonacci, was the first to introduce the Hindu – Arabic system in Europe, i.e., the positional system of using ten digits with a decimal point and zero. He is popular for using Fibonacci number sequence, i.e., 0, 1, 1, 2, 3, 5, 8, 13, … in the book authored by him, known as Book of Calculation, the Liber Abaci. 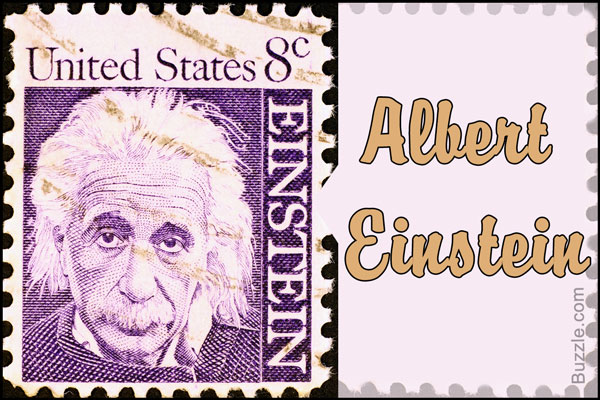 The scientific world was amused by the Einstein’s theory of relativity. Although Albert Einstein was physicist, his applied mathematical theorems to reach to apt conclusions. Known as “father of Physics”, he can be best described as a mathematical physicist. He also won the Nobel Prize in 1921 for his works in physics and the discovery of law of photoelectric effect.