A List of Common Polyatomic Ions With Charges and Oxidation Numbers 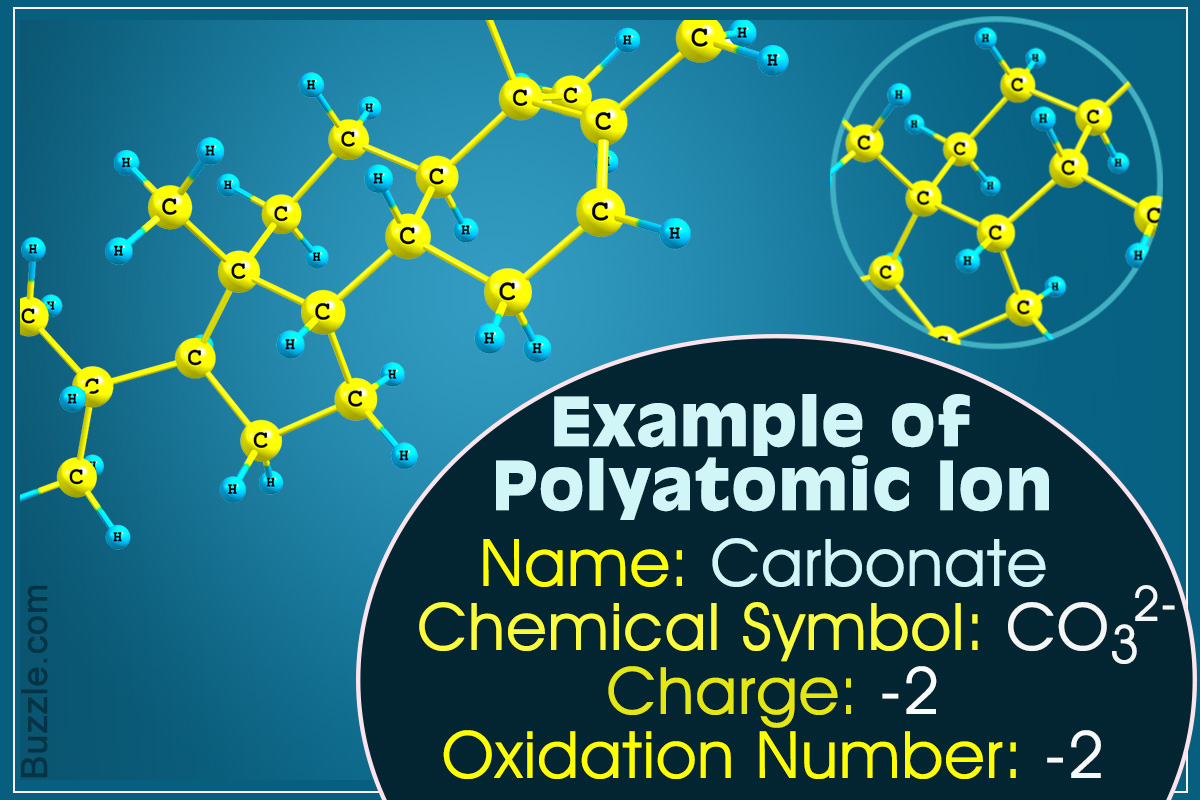 An ion is an atom or molecule that has acquired an electric charge due to loss or gain of electrons. Thus, a polyatomic ion is an ion that is composed of 2 or more atoms. ScienceStruck lists down some common polyatomic ions with their charges and oxidation numbers.

A negatively charged polyatomic ion that has one or more oxygen atoms bonded to another element is known as an oxyanion; for e.g. the sulphate, nitrate, and carbonate ions.

A polyatomic ion is composed of two or more atoms, and it carries a charge that is positive or negative.