No other element has played as large a role as carbon on our planet. Though the element has as many as 15 isotopes, only three are naturally occurring, while the rest are artificially transmuted elements, ephemeral in nature, lasting from a few nanoseconds to a few minutes. 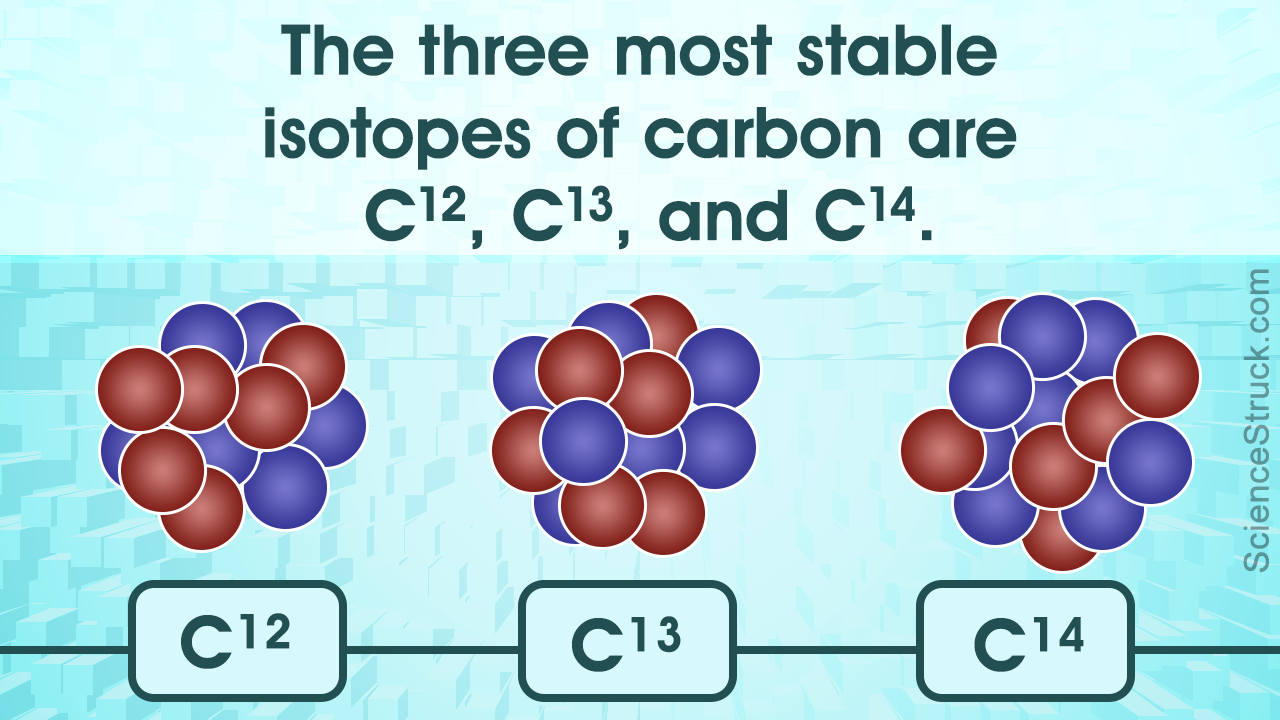 No other element has played as large a role as carbon on our planet. Though the element has as many as 15 isotopes, only three are naturally occurring, while the rest are artificially transmuted elements, ephemeral in nature, lasting from a few nanoseconds to a few minutes.

Carbon-12, the most abundant isotope of the element is forged in the fiery belly of a red giant star, at a temperature exceeding 100 million Kelvin, through the fusion of Helium nuclei. Since all life on Earth is based on carbon, you could say that we are literally stardust.

What is an Isotope?

The identity of a distinct chemical element is established by its unique atomic number, which is the quantity of protons in an atomic nucleus. Another property is the atomic mass of the element, which is the sum of protons and neutrons in the nucleus or its total mass.

How Many Carbon Isotopes Exist?

Carbon has as many as 15 isotopes. They all have an atomic number of 6, but differ in their atomic masses. Though they all have the same number of protons (6), each one differs in the number of neutrons, in the nucleus. Most of them are radioactive. Radioactivity indicates that these nuclei are unstable and decay by emitting ionizing radiation. Here is a list of all the isotopes, along with some of their most important properties. 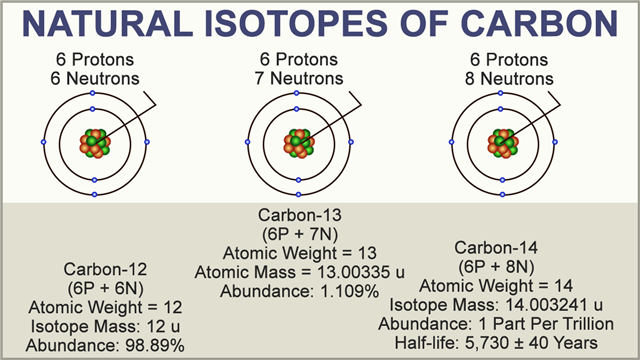 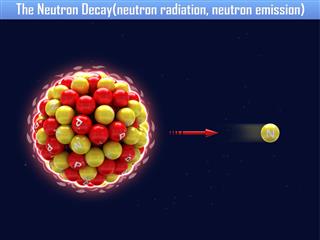 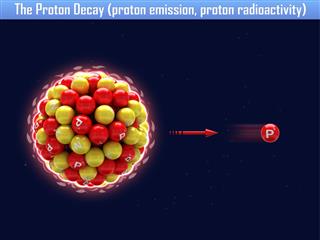 Which are the Most Stable Isotopes?

As you can see in the table above, almost all but three of the carbon isotopes are unstable and exist for very short periods of time, before they decay. Out of the 15, 13 are radioactive isotopes. The three most stable ones are C12, C13, and C14.

C-14 is created in the upper altitudes of the atmosphere from 14N (Nitrogen-14), through the bombardment of cosmic neutrons (about 9 to 15 km above the Earth’s surface) and marginally through other terrestrial sources.

These are also the only naturally occurring isotopes, while others are created through artificial transmutation of elements. Among them, C14 is radioactive, while the other two aren’t. C12 is most abundant on Earth, constituting about 98.89% of the atoms in one mole of carbon, C13 is about 1.109% and C14 is the rarest (1 part in trillion).

What are they Used For?

Uses of carbon are many. C12 being the most abundant of the three isotopes and this element being the backbone of life on Earth, its uses are endless. All metabolic processes, including the life-sustaining processes of respiration and photosynthesis, are made possible by carbon-based compounds.

Fossil fuels are created from dead carbon-based organic matter. All our energy needs are satisfied by crude oil and natural gas deposits, which are all hydrocarbon molecules. It is used as the standard for atomic mass measurement. The IUPAC also defines a mole with reference to C-12.

C13 has applications in NMR (Nuclear Magnetic Resonance), as it has a nuclear spin, which can respond to a radio frequency signal (as opposed to C12 which hasn’t). Protein structure determination using NMR is made possible through the labeling of proteins with C13 atoms. In Earth science, C13 is used to determine identity of water sources by studying its ratio with respect to other carbon isotopes. The ratio of C-13 to C-12 can be used to distinguish between plants which demonstrate C3 or C4 carbon fixation.

C14 is the radioactive isotope that is primarily used in radiocarbon dating. Using this technique, archaeologists can determine the age of carbon-containing materials which are up to 60,000 years old. A knowledge of the half life of C14, along with the current ratio of C12 to C14, helps determine the age.

Carbon is the most versatile of all elements when you analyze its wide range of applications in nature. Being the fourth most abundant element in the universe, most galactic systems and stars with solar systems are bound to harbor carbon-based life.