A Simple Explanation of Intermolecular Forces With Examples 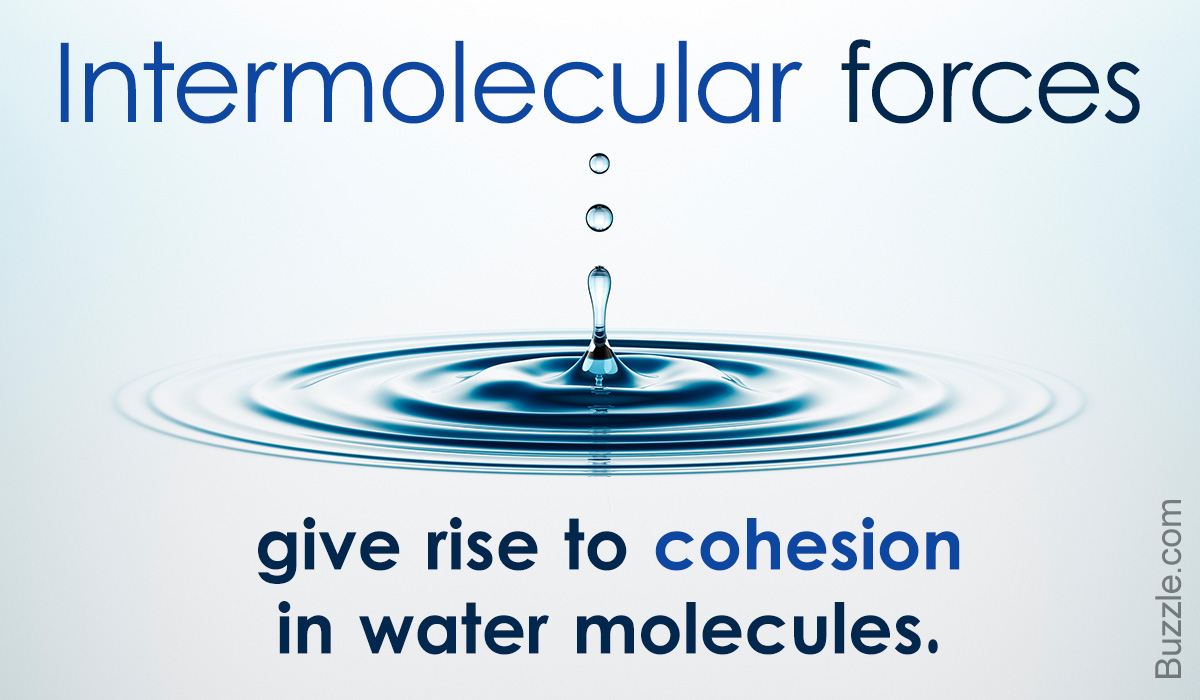 Intermolecular forces are required to make molecules stick together, and they are the reason why compounds with differing chemical properties have different physical properties. The aim of this ScienceStruck post is to put forth the concept of how different intermolecular forces work along with some examples for a better understanding of the concept.

The setae present in the feet of Tokay geckos use van der Waals forces to adhere to surfaces.

Intermolecular forces are the forces of attraction or repulsion that may exist between molecules that are in close vicinity to each other. These forces are responsible for physical properties like boiling point, melting point, density, vapor pressure, viscosity, surface tension, and solubility of compounds. These forces are much weaker than intramolecular/interatomic forces. Interatomic or intramolecular forces act between atoms and result in the formation of chemical bonds.

Intermolecular forces can be categorized into two main types:

Dipole-dipole interactions can be further categorized into three types:

The force of attraction between a polar molecule and an ion that may lie in its vicinity is called an ion-dipole force.

Hemoglobin is a protein found in the red blood cells, and its function is to carry oxygenated blood to various parts of the body. It has an Fe2+ ion in the center of its protein structure. This Fe2+ ion attracts the O2 by ion-induced dipole force.

(Although oxygen is an electronegative atom, in O2, the electron pairs experience an equal pull from both the oxygen atoms, and thus, there is no development of +δ and -δ charge on O2. Hence, the molecule as a whole is non-polar).

In water, there exists a hydrogen bond between the electronegative oxygen of one water molecule and the +δ hydrogen atom of another water molecule. These are the most prominent intermolecular forces acting in water.

(p + n2a/V2) (V-nb) = nRT
where,
n = Number of moles of gas
p = Pressure exerted by the gas
T = Absolute temperature of the system
V = Total volume of the gas in the container
R = Universal gas constant
a = Na2 = a’= Total force of attraction that exists between all the particles in mole one of the gas
b = Na.b’ = Total volume occupied by one mole of particles of the gas

(Note: For an ideal gas, the above equation can be written as PV = nRT)

Van der Waals forces are prominent in molecules where other intermolecular forces do not exist. They can further be classified into three other types:

These interactions occur between permanent dipoles, which can be either molecular ions, dipoles (polar molecules) or quadrupoles (e.g. in CCl4, the electrons of the carbon atom experience an equal pull in all four directions, and hence, the molecule as a whole is non-polar). These molecules tend to orient themselves in such a way that the +δ part of the molecule is close to the -δ part of the molecule; thus, there is minimum repulsion and maximum attraction between the molecules. These interactions are temperature-dependent. They tend to account for both forces of attraction and repulsion that may exist between two molecules.

HCl is a polar molecule. When two HCl molecules come closer, they tend to orient themselves in such a way that there is maximum force of attraction and minimum repulsion between them.

Argon and HCl: HCl is a polar molecule. When the non-polar argon atom and HCl come closer, the -δ part of HCl repels the electron cloud, which then shifts to side of the atom and induces argon to become temporarily polar. Both the molecules orient themselves in such a way that there is maximum attraction and minimum repulsion between the molecule.

This kind of force arises due to the instantaneous dipole that may be created in the atoms of molecules due to the movement of electrons. As the electrons in an atoms are in continuous motion, there might be an instance when most of the electrons have shifted to one side of the electron cloud causing a momentary dipole to be created. When two such instantaneous dipoles come close together, there is attraction between the molecules. This is nothing but London dispersive force. This is the weakest amongst all the forces, but is present in almost all molecules and atoms.

Ne and Ne: When two momentary dipoles of neon come close, there is a force of attraction that acts between them.

In nature, there may be one or more than one intermolecular forces that may act on a molecule. Let us look at the following examples to get a better understanding of it.

Intermolecular Forces Acting on Water
Water is a polar molecule, with two +δ hydrogen atoms that are covalently attached to a -δ oxygen atom. Thus, the water molecule exhibits two types of intermolecular forces of attraction. These are hydrogen bonds and London dispersion force.

Intermolecular Forces in NH3
In NH3, there is a -δ nitrogen that is covalently attached to three +δ hydrogen atoms. Thus, the ammonia molecule exhibits two types of intermolecular force of attraction. These are hydrogen bonds and London dispersion force.

Intermolecular Forces in CH4
CH4 is a symmetric non-polar molecule, and thus, it exhibits only London dispersion force.