What’s the Real Difference Between Hypothesis and Prediction

Home / Uncategorized / What’s the Real Difference Between Hypothesis and Prediction 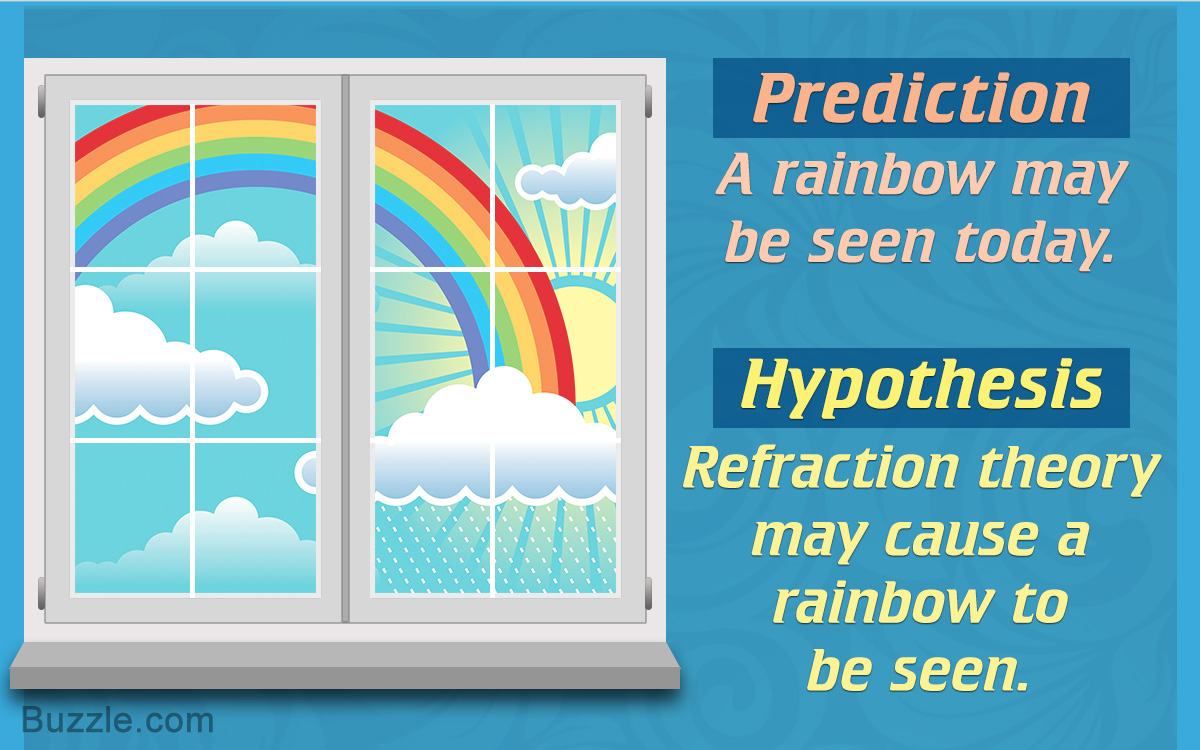 “There is no justifiable prediction about how the hypothesis will hold up in the future; its degree of corroboration simply is a historical statement describing how severely the hypothesis has been tested in the past.”
― Robert Nozick, American author, professor, and philosopher

A lot of people tend to think that a hypothesis is the same as prediction, but this is not true. They are entirely different terms, though they can be manifested within the same example. They are both entities that stem from statistics, and are used in a variety of applications like finance, mathematics, science (widely), sports, psychology, etc. A hypothesis may be a prediction, but the reverse may not be true.

Also, a prediction may or may not agree with the hypothesis. Confused? Don’t worry, read the hypothesis vs. prediction comparison, provided below with examples, to clear your doubts regarding both these entities.

♦ Consider a statement, ‘If I add some chili powder, the pasta may become spicy’. This is a hypothesis, and a testable statement. You can carry on adding 1 pinch of chili powder, or a spoon, or two spoons, and so on. The dish may become spicier or pungent, or there may be no reaction at all. The sum and substance is that, the amount of chili powder is the independent variable here, and the pasta dish is the dependent variable, which is expected to change with the addition of chili powder. This statement thus establishes and analyzes the relationship between both variables, and you will get a variety of results when the test is performed multiple times. Your hypothesis may even be opposed tomorrow.

♦ Consider the statement, ‘Robert has longer legs, he may run faster’. This is just a prediction. You may have read somewhere that people with long legs tend to run faster. It may or may not be true. What is important here is ‘Robert’. You are talking only of Robert’s legs, so you will test if he runs faster. If he does, your prediction is true, if he doesn’t, your prediction is false. No more testing.

♦ Consider a statement, ‘If you eat chocolates, you may get acne’. This is a simple hypothesis, based on facts, yet necessary to be proven. It can be tested on a number of people. It may be true, it may be false. The fact is, it defines a relationship between chocolates and acne. The relationship can be analyzed and the results can be recorded. Tomorrow, someone might come up with an alternative hypothesis that chocolate does not cause acne. This will need to be tested again, and so on. A hypothesis is thus, something that you think happens due to a reason.

♦ Consider a statement, ‘The sky is overcast, it may rain today’. A simple guess, based on the fact that it generally rains if the sky is overcast. It may not even be testable, i.e., the sky can be overcast now and clear the next minute. If it does rain, you have predicted correctly. If it does not, you are wrong. No further analysis or questions.

Both hypothesis and prediction need to be effectively structured so that further analysis of the problem statement is easier. Remember that, the key difference between the two is the procedure of proving the statements. Also, you cannot state one is better than the other, this depends entirely on the application in hand.