How to Calculate Air Resistance 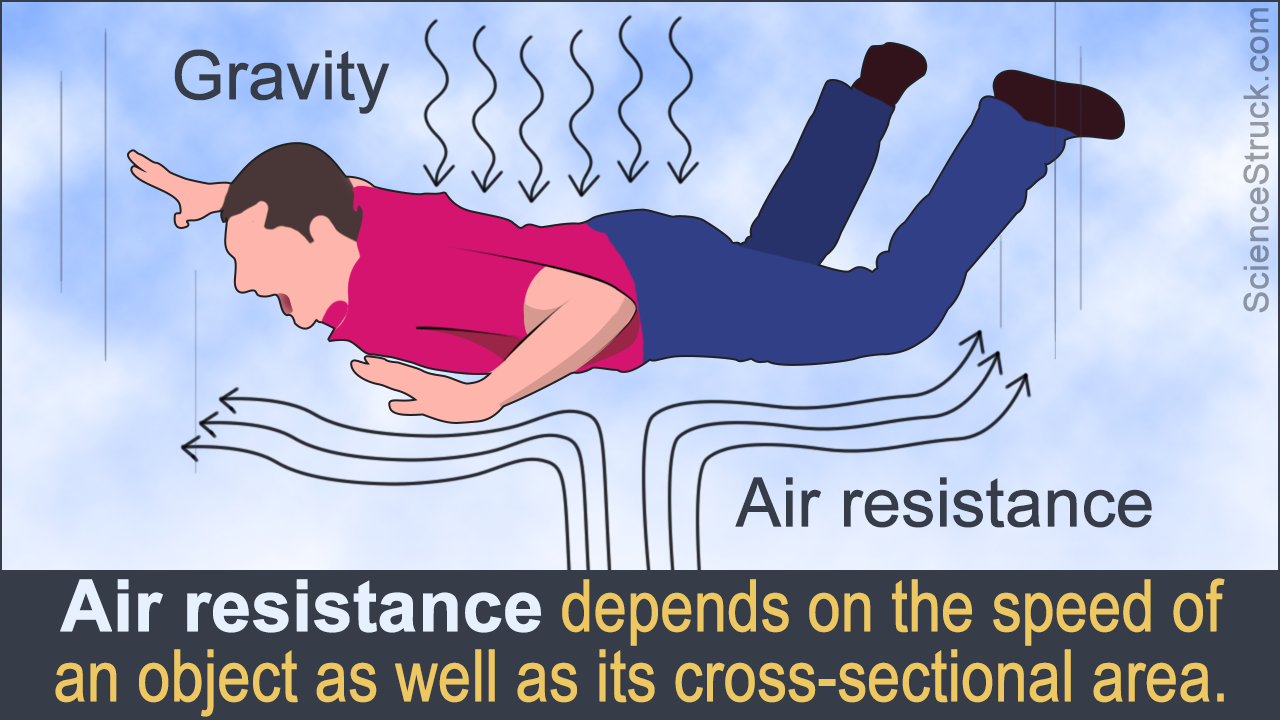 Every object continues to maintain the state of equilibrium that it is in, unless it is acted upon by an unbalanced external force.

This is mainly the reason that objects in motion come to a rest when they do not have a driving force to keep them in motion. Consider an object falling on the ground from a certain height. Gravitational force is an external unbalanced force that is acting on the object and this force brings the object to rest. However, there is also another unbalanced external force that is acting on these bodies causing them to come to a complete halt. This is the force of friction that is acting on the bodies in motion. This frictional force is because of the friction between the body in motion and the surface that it is moving on, if any, and the friction between the body and air molecules.

This frictional force is also known as the drag and it is a force that acts in the direction opposite to the motion of the object. It is caused by the collision of the air molecules with the surface of the object. This opposition of atmosphere to the forward motion of the object is also known as aerodynamic drag and this results in decreasing the speed of the body. In physics, this force of friction of air that acts on a body in motion is termed as air resistance, which is a type of fluid friction.

Air resistance depends on the speed of the object as well as its cross-sectional area, both these factors are directly proportional to the air resistance.

However, for smaller bodies at lower speed, the air resistance will be dependent mainly on the speed of the body. In such a case, the force of air resistance (Fair) is given as,

Where,
c = Air constan.
v = Velocity of the object

The air constant, or the drag coefficient of the object, is dependent on the shape of the object and is a dimensionless quantity.

In case of larger objects at higher velocities, the force of air resistance (Fair) is given as,

Here,
c = Air constant
v = Velocity of the object
ρ = The density of air
A = The cross-sectional area of the object

The negative sign in both the equations indicate that the air resistance is in the direction which is opposite to the direction of motion of the body.