Drilling for Black Gold: How Does an Oil Derrick Work 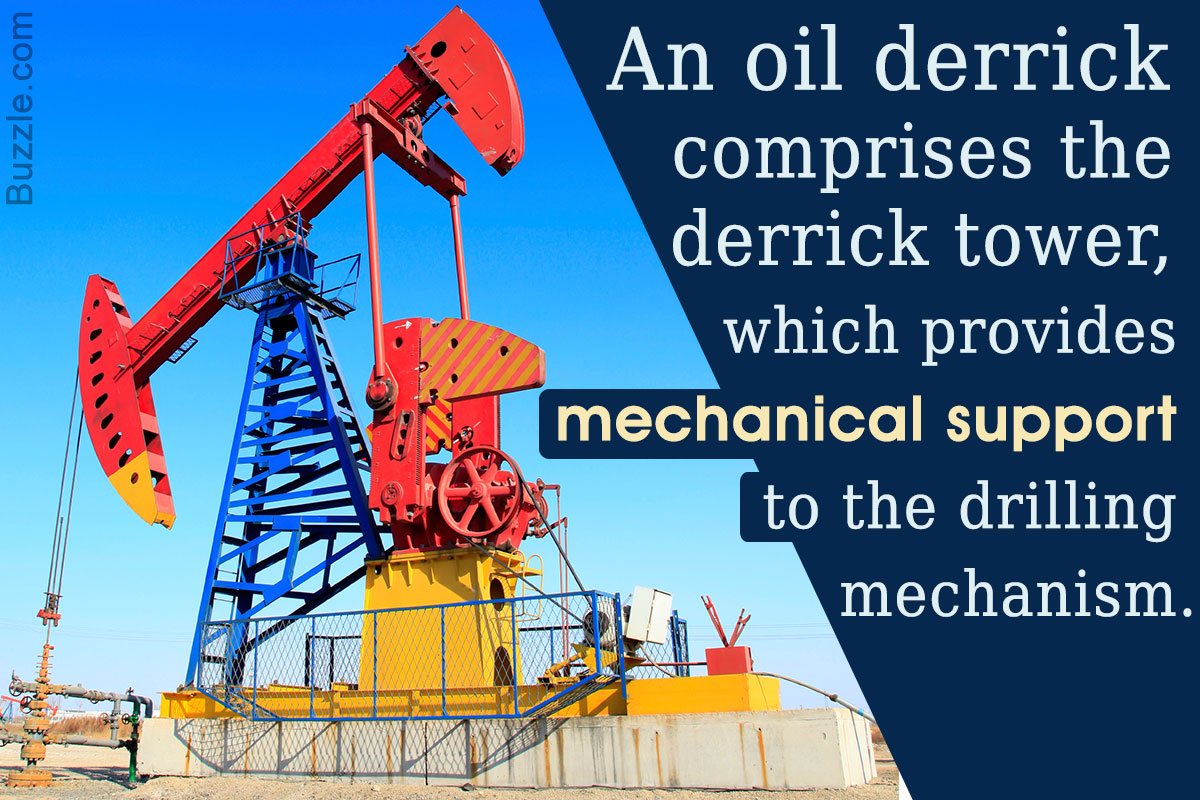 A derrick, in civil engineering, is a machine used for lifting and moving heavy objects. An oil derrick, however, does much more than just that. In this ScienceStruck post, we shall learn more about the purpose and functioning of an oil derrick.

Thomas Derrick was a hangman who lived in the Elizabethan Era. During his lifetime, he executed over 3,000 people using his modified version of the gallows. Oil derricks use a similar supporting framework as his original device, and hence were named after him.

Oil is the real black gold. It is commodity that is so precious and sought after, that countries even go to war over it. It is an integral part of modern society, which is essential to keep the wheels of progress turning. Needless to say, therefore, the best instruments must be employed for the most efficient extraction of oil in order to keep up with the demands. An oil derrick is one such instrument.

An oil derrick helps maximize oil production and efficiency, while minimizing the cost of extraction. It is a standard part of most offshore oil and gas rigs. In the following lines, we shall find out what an oil derrick is, and how it works.

What is an Oil Derrick? 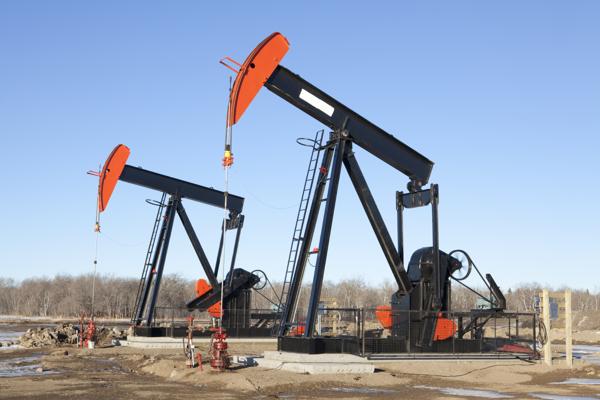 An oil derrick is a mechanical structure that forms the very heart of a typical oil rig used for the production of oil. It supports the drilling equipment and machinery that is used in the process of oil extraction from oil wells and reservoirs, both on the seas as well as on land.

In its most basic form, it comprises a load-bearing structure in the form of a vertical tower, known as the derrick tower, which is designed to support several tons of weight. Along with this, most of the time, it has a mobile boom with a cable, pulley, and crane arrangement, which is capable of hauling heavy equipment from one place to another. Larger oil rigs have a base station complete with operator cabins and control systems, that are used to operate and control the drilling apparatus supported by the oil derrick. 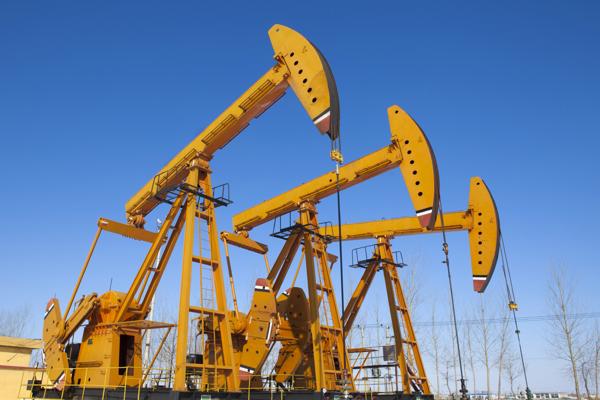 Derricks are built over the oil wells, and all the machinery is installed on the site itself. Once constructed, it plays an important role throughout the entire task of oil extraction, right from drilling, pumping, to storing.

How Does an Oil Derrick Work 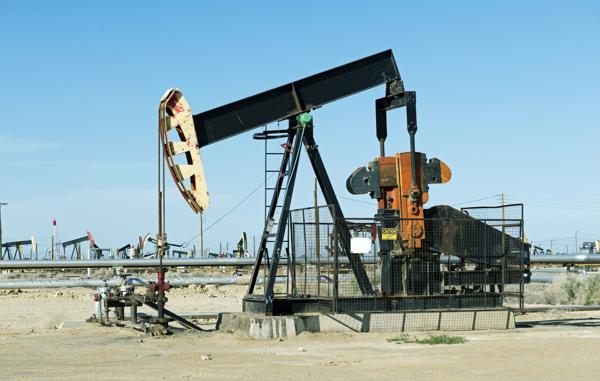 Old generation oil derrick pumps had a simple mechanical arrangement, wherein a large and heavy rod/pole would be used to dig the Earth’s surface to reach the oil reserve beneath it. The pump would work by repeatedly beating the Earth’s surface until the layers of rock and soil would give way, and a hole large enough to fit an extraction pipe would be created. The derrick structure supported a crank arrangement to which counterweights were installed. It was primarily responsibly for supporting the weight of the rod while it was plunged and pulled to dig the hole.

Modern oil rigs use a drilling mechanism to tear through the earthen layers and reach the oil reserves located underneath. For this, large drills and supporting machinery are employed. The derrick structure here is responsible for bearing the load of the drilling apparatus, allowing it to carry on with the work of oil extraction.

An oil derrick also supports a pumping mechanism used to pump a slurry of mud to cool down the drill as it bites through the earthen layers. As the drill digs deeper, additional sections of pipe need to be added. The height of the derrick tower facilitates this process, and the drilling goes on until the drill reaches the oil reserve. Once that happens, crude oil and natural gas can be pumped out of the inserted pipes in the freshly dug holes.

What is it Used For?

Oil derricks are used for supporting the drilling requirements for oil exploration and production. Smaller sized oil derricks are designed to be portable. They can be carried from location to location, and are chiefly used for oil field exploration. Being a smaller structure, they can carry only a limited number of machinery, and also support only smaller loads. As a result, the drilling mechanism which they contain has only limited capabilities. 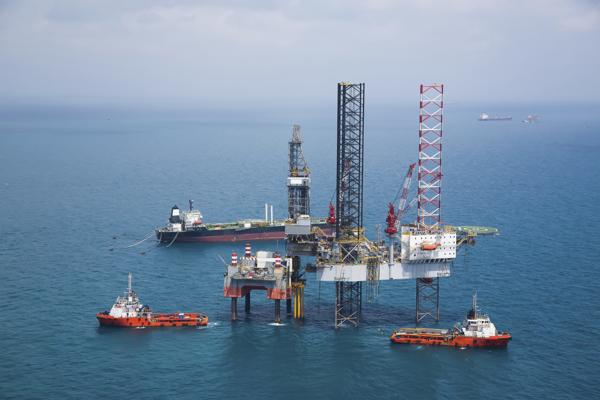 On an area rich in oil reserves, a large oil derrick is built as a permanent structure. It is anchored to the ground, and its framework is designed to support the load of many different machinery and equipment, including a large and powerful drilling mechanism which is required for digging and pumping out the oil.

Large oil derricks can be especially seen in offshore oil rigs working over oceanic sites. They have large drills that dig deep into the ocean floor, and extract oil and natural gas from within it. Such oil derricks require an entire crew, comprising geologists, engineers, mechanics, etc., to ensure proper working and maintenance.

Thus, an oil derrick is an integral part of an oil rig. It provides the required structural support to the drilling machinery which is used for digging the hole through which oil and natural gas can be extracted.