How Does a Cable-stayed Bridge System Work?

Home / Uncategorized / How Does a Cable-stayed Bridge System Work?

The world’s longest cable-stayed bridge is the Jiaxing-Shaoxing Sea Bridge in Shaoxing, China. From one end to the other, it is 10,138 m (6.3 miles) long and has 6 traffic lanes.

“Ain’t no mountain high enough, ain’t no valley low, ain’t no river deep enough..“. These line, though taken out of context, truly sum up the outlook of the modern-day bridge builders. With all the advancements in the field of civil engineering and the advent of computer-based designing, the art of bridge building has, quite literally, reached new heights and lengths. Modern bridges are not just a sight to behold, they are designed to be so strong that it would take nothing less than Godzilla to knock one of them down!

There are many different bridge making techniques out there, but in recent years, one particular system has come to the forefront, and that is the cable-stayed method of bridge building. Using this system, man has been able to build some of the longest bridges in the world today. So, what is this system of bridge building, and how does it work? Let’s find out. 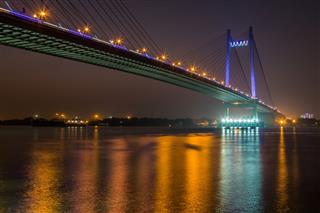 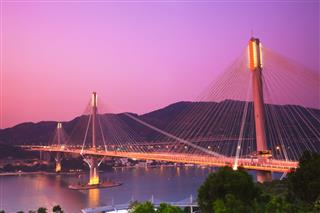 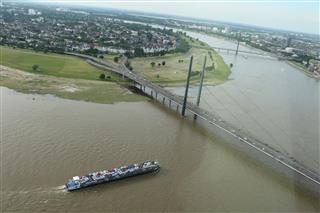 Cable-stayed bridges have been around for more than 400 years. The earliest design records can be found in the 16th century book Machinae Novae authored by Fausto Veranzio, a Venetian inventor. However, it was not until 1840 that the theory was actually brought into practice.

Back then, many bridges were constructed using a combination of the suspension and cable-stayed methods. Designers felt that such combinations allowed them to construct stronger and much stiffer bridges. The iconic Brooklyn Bridge in New York City built back in 1883 is an example of this.

The earliest known and still intact ‘true’ cable-stayed bridge is the Buff Dale Bridge in Texas, built way back in 1890. In recent times, thanks largely to computer aided designs (CAD) and improvement in the quality of materials used in their construction, cable-stayed bridges have become a very popular, and not to mention economical method of building medium- to large-span bridges.

How Does a Cable-stayed Bridge System Work 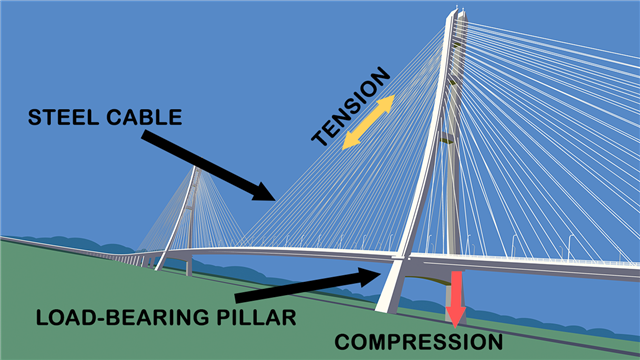 In a nutshell, the working principle of a cable-stayed bridge can be explained as being the balanced transfer of all the forces and tensions. All bridges are built to connect two separate land masses, and are required to be rigid enough to withstand the load that they will be subjected to.

Just like gloves, in bridge designs, there is no one size which fits all. Different geographies of different sites calls for specific design strategies to be adopted. Sometimes, designs are even changed just for better aesthetic appeal. The following are the different variations introduced to the standard cable-stayed design.

In cable-stayed bridges, the load on the bridge creates vertically downward-acting stress. This stress gets converted to tensile forces, acting on several cables which are attached at regular intervals along the span of the bridge’s deck. All these cables are further attached to a central pillar or tower. They transfer their tension to the pillar in the form of compressive load. The pillar must also be strong enough to overcome the shearing stress applied by the cables pulling at it laterally. Thus, for this system to work, a balance needs to be established between all these tensile and compressive forces.

In side spar bridges, the supporting tower is offset to one side of the bridge, rather than to the center, as in the conventional design. This allows the construction of curved bridges.

This system was pioneered by Figg Bridge Engineers, Inc. In it, cables run continuously from one side of the bridge’s deck through a cradle mechanism at the top of the pylon tower, and back down to the other side. Inside the cradle, each cable is passed through its own individual tube. The main advantage of this design is aesthetics, allowing for a slimmer pylon tower to be used.

In this design, the cables run down to the bridge’s deck from one side of the supporting tower or spar alone. This exerts a lot of bending stress on the spar, which it must be strong enough to withstand.

The extra-dosed cable stayed bridges have a stronger bridge deck design. Thus, the cables near the base of the central supporting tower can be omitted. Also, lesser number cables mean that the height of the tower too can be smaller.

Advantages of This System

Cable-stayed bridges are usually compared with suspension bridges, over which they have several distinct advantages.

The cables used in these bridges are capable of withstanding heavy axial tension, but are weak against lateral compressive and bending forces. Thus, in areas with heavy winds, special measures need to be employed to contain the swaying and vibrations of the deck.

The cable-stayed bridge design system, with all its variation, is a cost-effective and more aesthetically appealing means of spanning medium to long distances. With their inherent rigidity, the use of CAD for designing, and improvements in the quality of building materials, we can definitely expect to see more of these amazing bridges built in the near future. 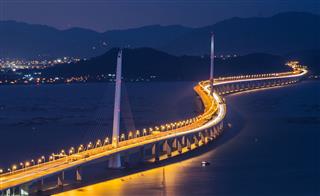 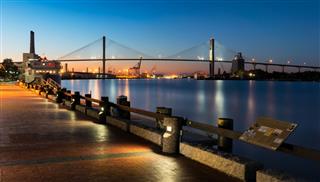