How Do Rainbows Form

Everyone loves rainbows. But how do rainbows form? Have we ever tried to find out? Let's do it then.

Home / Uncategorized / How Do Rainbows Form

Everyone loves rainbows. But how do rainbows form? Have we ever tried to find out? Let’s do it then. 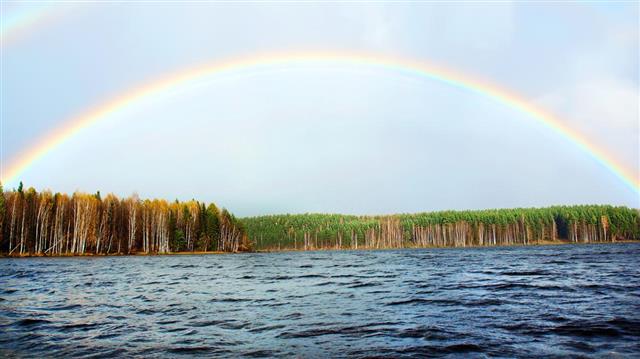 Have you ever had this happen to you? You’re walking down the road, rushing home from work, when a light drizzle begins. You feel elated because while the tiny drops of water feel cold as they fall on your bare skin, you can see and feel the warm glow of the sun, which looks so mellow, far out in the horizon. You want to just run towards it because it looks like a giant marshmallow, waiting to be devoured when suddenly you see something more breathtaking: a rainbow!

The subtle arch of vibrant colors, which appears to go from one end of the earth to the other, beckons you. Just as you come out of the magical trance and take a step towards it, it begins to fade away. And you’re back to feeling that gloom that preceded the wonderful phenomenon that you just witnessed. Rainbows can have that effect on anyone. We all love to watch them, but we never think about how they form. While explanations about the formation of rainbows can range from fairy dust being sprinkled to the fox and vixen getting married on a hill top, the real story behind its formation is quite technical, thus making it a little (dare I say) boring.

The Formation of Rainbows

The process of rainbow formation has been explained in steps for your easy and better comprehension.

As mentioned earlier, how rainbows form is not at all as glamorous or fantastic as imagined. Nonetheless, we can always continue to indulge ourselves in fantastical beliefs, as long as we know what the truth is.