Ground State Vs. Excited State of an Atom: A Definitive Analysis

The smallest bit of a chemical element is termed as an atom. Quantum physics is the branch which explains the structural formation as well as the behavior of an atom. An atom is made up of three particles: electron, proton, and neutron. Transitions of electrons and subsequent changes in energy levels define the state of an atom.

Home / Uncategorized / Ground State Vs. Excited State of an Atom: A Definitive Analysis 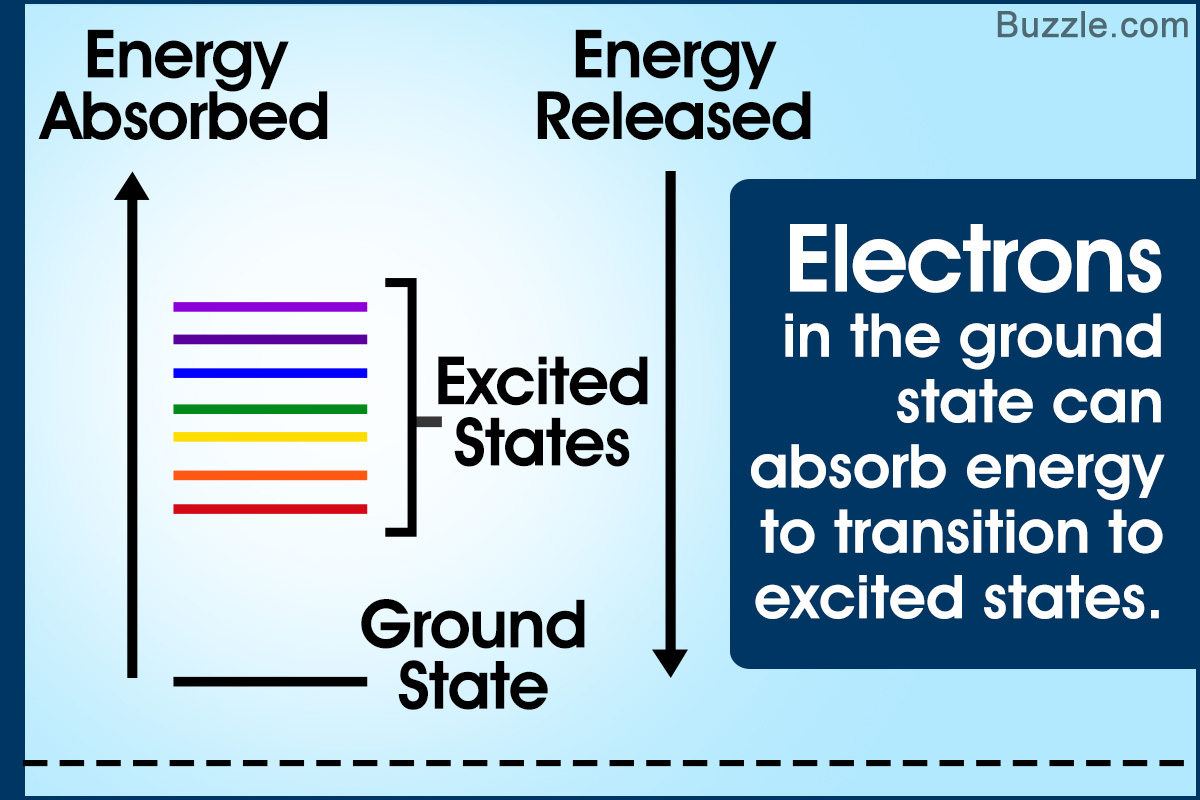 The smallest bit of a chemical element is termed as an atom. Quantum physics is the branch which explains the structural formation as well as the behavior of an atom. An atom is made up of three particles: electron, proton, and neutron. Transitions of electrons and subsequent changes in energy levels define the state of an atom.

A photon or the quantum of light belonging to the electromagnetic spectrum is released or absorbed during transition. The energy associated with a photon is defined by the equation: E=hѵ, where ‘ѵ’ is the frequency of the electromagnetic wave, and ‘h’ is the Planck’s constant.

Atomic particles are distinct in a way, that they all have different charges associated with them. Electrons are negatively charged (-1 charge), and protons are positively charged (+1 or 1+ charge). Neutrons are neutral (0 charge), that is, they don’t carry any charge. Every atom has a nucleus which houses protons and neutrons, while the electrons orbit around the atomic nucleus in different orbits. The atomic number and mass number of an atom can be termed as ‘number of protons’ and ‘no of protons and neutrons’ respectively.

Neil Bohr, a Danish physicist, developed a theory which explained the structure of an atom. This is identified as the ‘Bohr Model’. The theory can be stated as follows:

Comparison: Ground State Vs. Excited State of an Atom

✤ The state in which the electrons of an atom hold the lowest possible energies. Ground state can also be termed as the ‘vacuum state’.

✤ The electrons belong to levels which do not have any energies linked with them. This level is termed as ‘Zero energy level’.

✤ The transition from ground to excited state is possible if electrons gain energy more than the difference in energies between the two energy orbits.

✤ In case of energy gain, an electron is transferred to one unique level. It doesn’t have the tendency to gain energy on its own.

✤ The lifespan of ground state is longer.

✤ Quantum of energy is absorbed as a photon.

✤ The state in which the electron energy levels are higher than those of the ground level. That is, not all the electrons will be in their lowest energy orbit.

✤ The excited electrons belong to levels which have energies associated with them.

✤ The transition from excited to ground state takes place when the electron drops down to its ground state by emitting a photon, which results in the display of an electromagnetic spectrum.

✤ Average distance from nucleus is higher than the ground state.

✤ Electrons in the excited state have a tendency to release energy and reach ‘lower energy excited state’ or ground state.

✤ The lifespan of excited state is very short. That is, electrons tend to lose energy quicker than they absorb it.

✤ High energy and less stable than the ground state.

✤ Quantum of energy is released as a photon.

Consider Phosphorous, a chemical element with symbol ‘P’. Its atomic number is 15.

One electron from ‘3s’ orbit moves to the ‘3d’ orbit in its excited state.