Gobi desert may not boast of biodiversity at par with the grasslands or rainforests, but then, this desert is no less amazing. A compilation of some facts about Gobi which tell you exactly why a barren region can also leave you amazed at times.

Gobi desert may not boast of biodiversity at par with the grasslands or rainforests, but then, this desert is no less amazing. A compilation of some facts about Gobi which tell you exactly why a barren region can also leave you amazed at times. 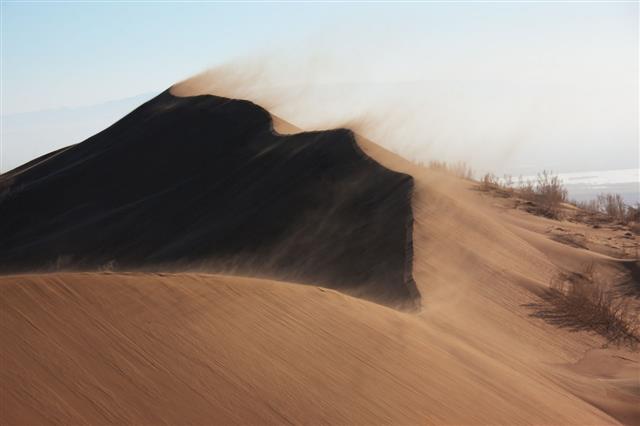 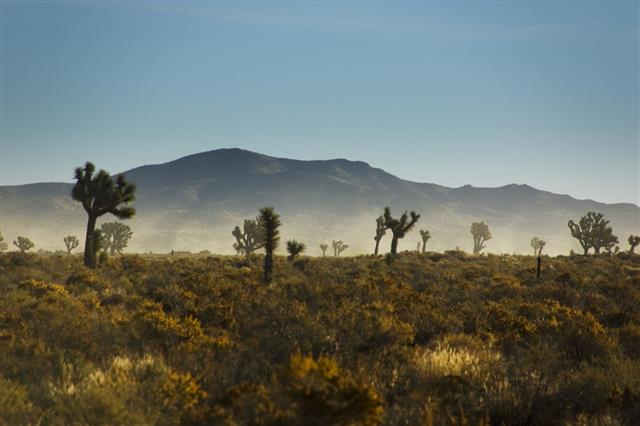 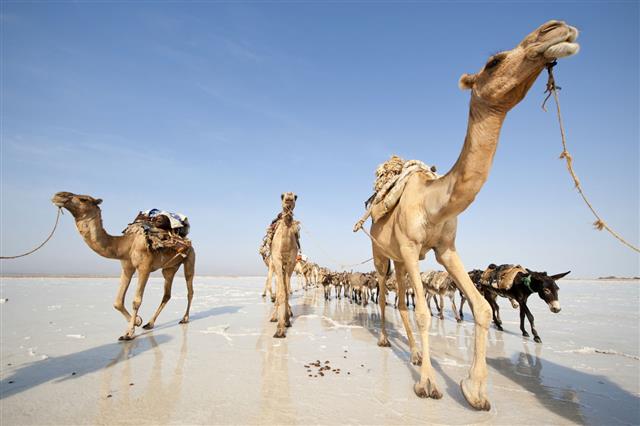 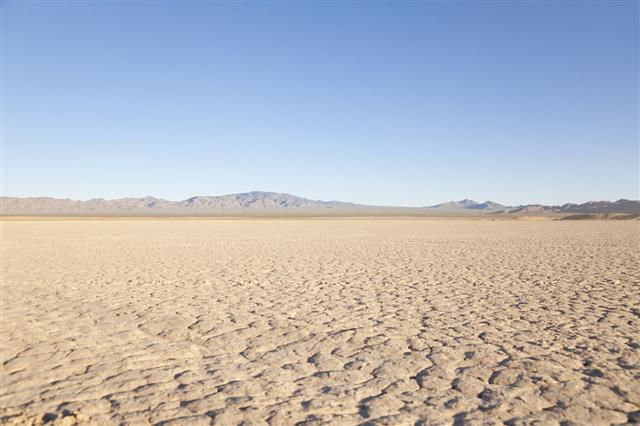 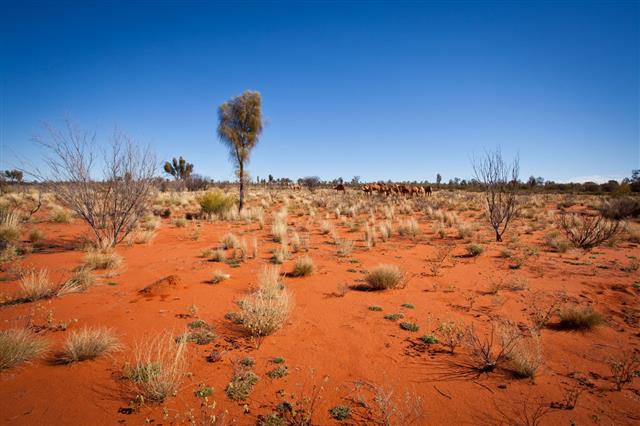 A desert where it snows might sound absurd, but it actually snows in the Gobi desert – though the instances are relatively rare – and the animals here even go to the extent of feeding on snow to fulfill their water requirements.

Gobi boasts of being the largest desert in Asia and the fifth largest in the world in terms of total area. It came into limelight when the American Museum of Natural History discovered the first fossil eggs of dinosaurs in this region in 1922-25. Further expeditions revealed many more facts about this desert, each more interesting than the previous.

» Gobi desert derives its name from a Mongolian word ‘Govi’, meaning ‘semidesert’. In China, it is also known as Hànhǎi (meaning ‘endless sea’) or simply as Shāmò (meaning ‘desert’). The mean temperature in Gobi can drop to as low as 25°F, which shouldn’t really come as a surprise as it is a cold desert – like Antarctica. Strong winds, at times blowing at a speed of 85 mph, also contribute to the cold environment in this region.

» Gobi experiences less than 8 in. of rainfall throughout the year, and the vegetation here is also very scarce. While these are the features that you generally tend to associate with a desert, you don’t get to see vast stretches of sand dunes here as much of this desert is made up of exposed rock. It is not entirely devoid of sand though; and is, in fact, home to the famous dunes of Khongoryn Els – the Singing Sands.

» Gobi desert is spread over the vast expanses of North and Northwestern China, and Southern Mongolia. It is a rain shadow desert lying to the leeward side of the Himalayas. (The Himalayan mountain range acts as a barrier for the rain bearing clouds coming from the Indian Ocean, thus preventing them from crossing over into China and advancing further north.)

Gobi desert covers an area of 500,002 sq mi, making it the 5th of the largest deserts of the world – after the Antarctic Desert, Arctic Desert, Sahara and the Arabian Desert. (Antarctic and Arctic are cold regions which technically qualify as ‘deserts’ – cold deserts to be precise – as they record less than 10 in. or 250 mm. of annual precipitation.) Gobi stretches for a distance of 932 miles when measured from southwest to northeast, and 497 miles when measured from north to south.

Similarly, the World Wildlife Federation (WWF) divides Gobi into two distinct ecoregions – the Gobi Steppe Desert region and the Gobi Lakes Valley Desert Steppe region. The places of importance from the perspective of ecotourism include national parks like the Gobi Gurvansaikhan National Park and nature reserves like the Great Gobi A Strictly Protected Area and the Great Gobi B Strictly Protected Area.

The Nemegt Basin in Northwestern Gobi came into spotlight when the fossil remains of dinosaurs and first dinosaur eggs were excavated from here in the early 1920s. No prizes for guessing why it is known as the ‘Valley of the Dragons’ by locals!

It is a cold desert, characterized by low temperatures, ranging between 25°F-30°F, and rapid fluctuations in temperature. Its cold climate can be attributed to Its far-north location and its altitude (which ranges between 3,000-5,000 ft above sea level) and wind blowing from Siberia. The minimum temperature can drop down to as low as -40°F in winter, and rise to as high as 122°F in summer. Though snowfall is a rare occurrence, it cannot be ruled out. Frost, though, is quite common here.

Bactrian camels found in the Gobi desert and Taklamakan desert of Central Asia, are last of the true wild camels left on the planet. With only around 800 of them surviving in the wild, the species is enlisted as ‘Critically Endangered’ by the International Union for Conservation of Nature (IUCN).

In Gobi, several species of animals have adapted themselves to the hostile conditions. Fossil remains suggest that the Gobi was home to a number of prehistoric species – including the dinosaurs. Today, it is home to a number of animals including species like the Bactrian camel, Gobi jerboa, Gobi bear, Mongolian wild ass, Yarkand gazelle, gray wolves, common ibex, marbled polecat, and elusive species like the snow leopard and lynx.

The Przewalski’s horse which was virtually extinct in the wild has been successfully reintroduced in the Great Gobi B Strictly Protected Area.

Other than the 49 species of mammals, more than 150 species of birds have been identified in this region. Along with the native species like saxaul sparrow, birds of prey like the golden eagle are also known to frequent this region mainly in search of food. Very few reptiles are found here; the Plate-tailed gecko, Tuva toad-head agama, Gobi naked-toed gecko, etc., are a few examples to name.

All the animals in the Gobi desert resort to adaptations like a thick fur coat, long ears, ability to store water within their tissues, etc., to survive in this region. As unusual as it may sound, the Bactrian camels are known to eat snow to fulfill their water requirements.

Saxaul (Haloxylon) is not just widely distributed, but is also the most-widely used species in the Gobi desert. While humans harvest water stored beneath its bark, animals are known to graze on its leaves. For humans living in this region saxaul wood acts as the most important source of fuel.

It is estimated that there are over 400 species of plants in the Gobi. Vegetation is quite sparse as the major source of pollination here is wind. While blowing over these vast open stretches of land, the wind transfers the seeds over a dramatic distance.

The Saxaul is fairly common and in several areas it is the only plant or vegetation observed. Other species found in this desert include convolvulus, tamarix, saltwort, wild onion, etc. Most of these species have a tap root system which helps them store water, and thin leaves which minimizes water loss.

Gobi desert is expanding at an alarming rate, with an encroachment of approximately 1,390 sq miles over the grasslands in Southern China every year. This desertification is attributed to rise in human activities such as deforestation and depletion of water resources, and extended period of drought.

Though it is an important attribute of the biodiversity of the planet, environmentalists fear that the desertification of the Gobi will have a devastating impact on the economy, especially in terms of agriculture, and hence should be curbed at the earliest. 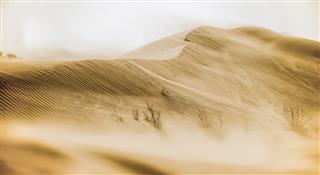 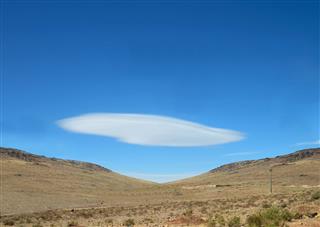 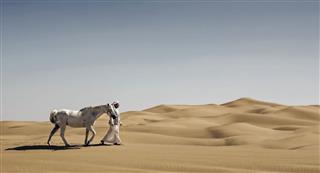