Formaldehyde is a chemical that is used in manufacturing many industrial products. Also, there are many uses of formaldehyde in our day-to-day life. Here we shall learn about them... 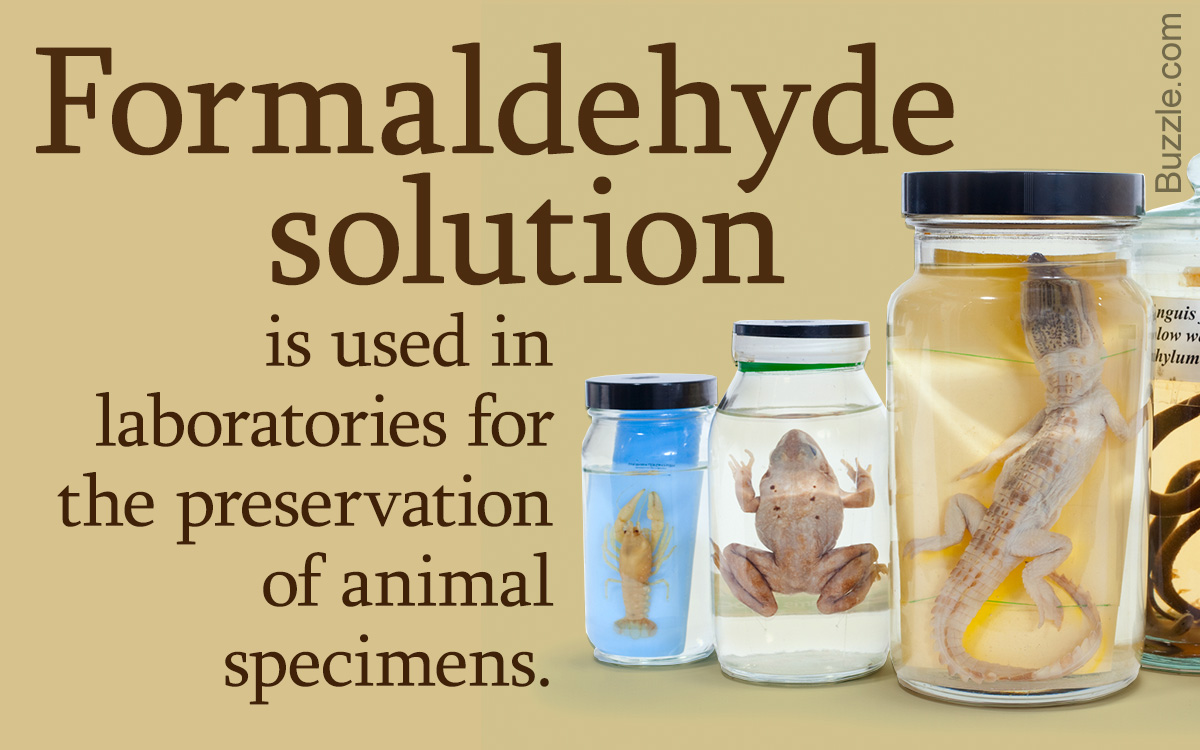 Formaldehyde is a chemical that is used in manufacturing many industrial products. Also, there are many uses of formaldehyde in our day-to-day life. Here we shall learn about them…

During autopsy, formaldehyde solution is used to determine if the person was breathing at the time of death. If the lungs of the deceased float in the solution, it indicates that he/she was able to breathe.

Before moving on to the uses of formaldehyde, let us learn about the chemical itself. Formaldehyde is most commonly used as a preservative in laboratories. It is a chemical which is colorless and has a pungent, suffocating odor. It is commonly found in products such as glues, press fabrics and plywood. But what actually is formaldehyde and how is it formed?

The chemical formaldehyde has many uses, and some of them are given below.

Manufacturing of Glues and Resins

► Due to the superior binding properties of formaldehyde, it is used extensively in the manufacturing of glues and resins used in cabinetry, shelving, stair systems, and in other items of home furnishing. Not only are these glues extremely effective, they are also economical due to the fact that formaldehyde is easily available.

► Formaldehyde is a highly effective disinfectant. It completely negates the activities of bacteria, fungi, yeast and molds.

► An aqueous solution of formaldehyde can kill bacteria, and it is used in the treatment of skin infections.

► It is also used to inactivate toxic bacterial products for the manufacturing of inoculations for certain infections.

► Methenamine, a derivative of formaldehyde, is used to treat urinary tract infections. Certain topical ointments also use derivatives of formaldehyde. However, these may not be safe for long-term use.

However, formaldehyde has a pungent odor that causes severe irritation to the nose and eyes, and this is the reason for its limited use. However, many companies have recently been successful in producing a processed form of the chemical, which is not as irritable, yet is an effective disinfectant.

In the Textile Industry

► Formaldehyde also finds usage in the textile industry where it is added to dyes and pigments. This helps the pigments to bind better with the fabric, thus preventing the colors from fading.

► Formaldehyde-based resins are used to improve a fabric’s resistance to creases and wrinkles.

In the Automobile Industry

Key components of automobiles are manufactured using formaldehyde-based products. Since phenol formaldehyde resins are resistant to fire and high temperatures, they are used to manufacture automobile parts, such as brake linings.

► If you’re wondering how formaldehyde preserves cells and tissues, it is by the cross-linking of primary amino groups in proteins with surrounding atoms of nitrogen in protein or DNA, through a -CH2 linkage.

As an Embalming Agent

Embalming is a process which temporarily stalls the decomposition of human remains. Formaldehyde is one of the embalming agents. It also fixes those tissues that are responsible for the firmness of the muscles in an embalmed body.

In addition to the major uses of formaldehyde mentioned above, there are many other little-known uses of the chemical. Let’s find out what they are…

► A common use of formaldehyde is in the manufacturing of ink. So, whether it is the ink that we use in our printers, or the one used for printing books, formaldehyde is a key ingredient.

► Formaldehyde-based resins are used in the natural gas and petroleum industries to improve the yield of these fuels.

► Hexamine, a derivative of formaldehyde, is used as an ingredient in the making of the explosive RDX!

► Formaldehyde is mixed with concentrated sulfuric acid (H2SO4) to form Marquis reagent, which is used as a spot-test to identify alkaloids and certain other compounds.

► Formaldehyde is used in the manufacture of polyacetals, which are thermoplastics used in electrical and electronic applications.

Formaldehyde is produced by the catalytic oxidation of methanol. A mixture of molybdenum and iron or metallic silver, is used as a catalyst in such a reaction. However, there is another process more commonly used, and it is known as the formox process. In this process, methanol and oxygen react at temperatures higher than 250º C, in the presence of iron oxide along with molybdenum or vanadium, to produce formaldehyde. The following chemical equation represents the reaction that takes place.

But if you are using a silver-based catalyst, then you have to operate at a temperature of more than 650º C. Although formaldehyde is the intermediate product of oxidation of methane, it is not industrially viable to synthesize formaldehyde from methane, because it is more easily oxidized than methane.

► The credit for the discovery of formaldehyde goes to Wilhelm Von Hofmann and Alexander Butlerov, who discovered the chemical in the year 1867.

► Formaldehyde is highly unstable when exposed to the atmosphere. This is the reason it is dissolved in water during storage and transportation.

► Its boiling point is -19°C, while its melting point is -92°C. It has a characteristic pungent, suffocating odor.

► It is either found in a powdered form (paraformaldehyde), or dissolved in a solution of water and methanol, which is termed as formalin. Paraformaldehyde is the polymerization form of formaldehyde. 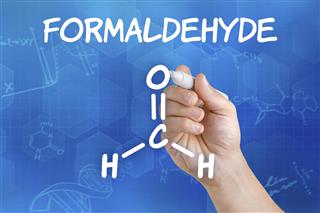 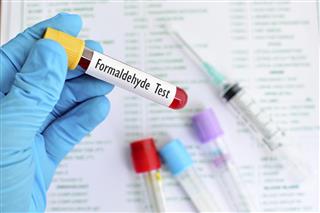