Eyjafjallajökull volcano in Iceland recently erupted in 2010, resulting in air traffic disruption on a large scale across Europe. The facts mentioned here will help reveal some amazing information about the volcano. 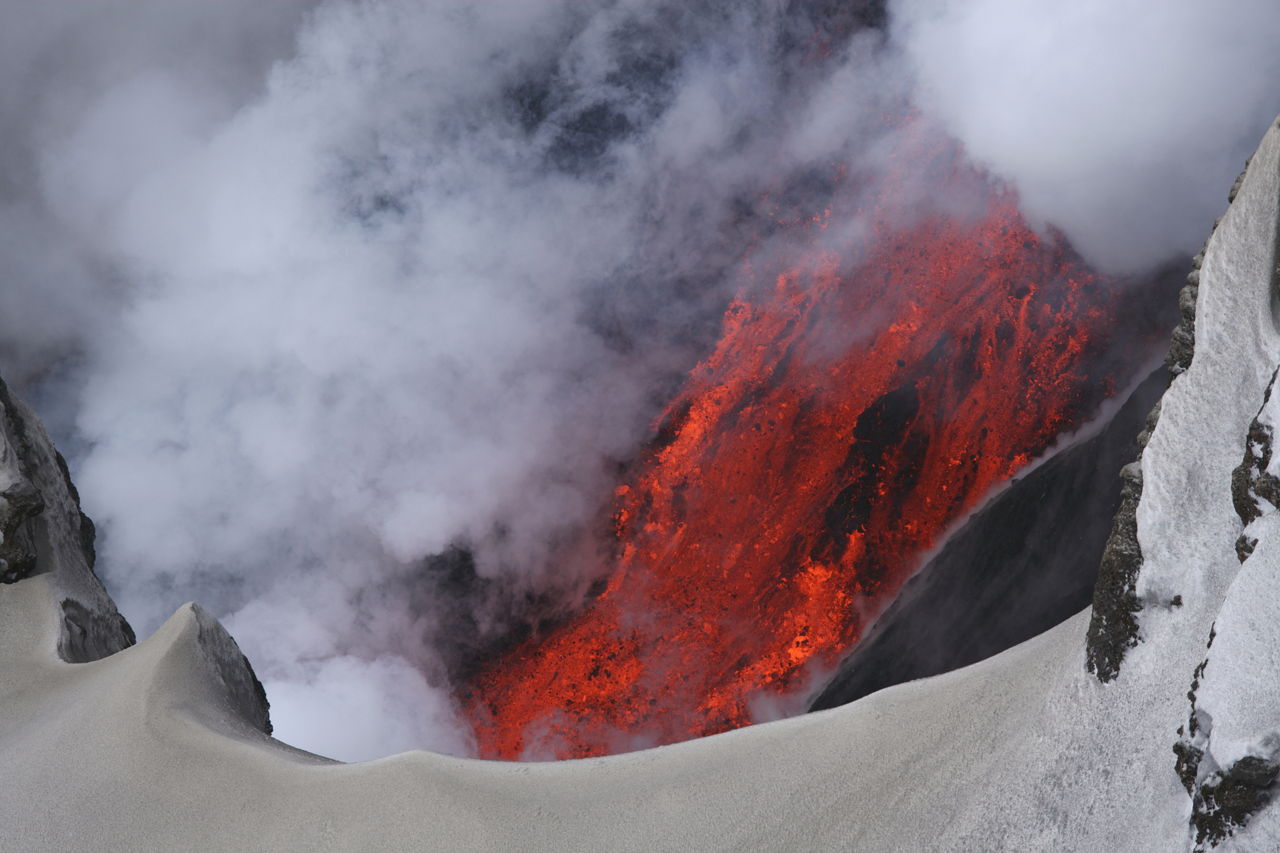 Eyjafjallajökull volcano in Iceland recently erupted in 2010, resulting in air traffic disruption on a large scale across Europe. The facts mentioned here will help reveal some amazing information about the volcano.

The name of the volcano Eyjafjallajökull is quite difficult to pronounce. While everyone has a version of their own, ay-yah-fyah-lah-yoh-kuul and ay-uh-full-ay-ho-kul are some of the easiest and simplest ones.

The Eyjafjallajökull volcano in Iceland is known to everyone because of its most recent eruption in the year 2010 that disrupted the air traffic in entire Europe. Eyjafjallajökull, lying in south-west of Iceland, is a volcano covered by an ice cap. It has been an active volcano since many decades.

Its peculiar and unusual name, Eyjafjallajökull, is formed due to combination of various words with meanings, viz., Eyja meaning island; fjalla meaning mountain; and jokull meaning glacier. Hence, the name of the volcano.

▲ It is a stratovolcano. This type of volcano is generally a steep sided, symmetrical cone of large dimensions. It is composed of layers of hardened lava, tephra, and volcanic ash. Some of the most violent volcanic eruptions in the world are those of stratovolcanoes like Mount Vesuvius, Mount Etna, Mount Erebus, etc.

▲ The Eyjafjallajökull crater is about 3-4 km wide, whereas the summit is around 5,470 feet. It is spread across 39 square miles.

▲ The eruption in 1821 was also relatively minor. However, it led to deaths of large number of livestock due to fluoride released in the volcanic ash.

▲ Although less violent as compared to the eruptions of Mt. Tambora (1815) or Mount Pinatubo (1991), Eyjafjallajökull is noteworthy for the major air traffic disruptions it caused in the entire northern hemisphere in 2010.

▲ The 2010 eruptions of Eyjafjallajökull are termed as the series of events that took place from January 2010. Since January, smaller earthquakes (measuring 2 or less on the Richter scale) were felt by natives. However, the major eruption took place on March 21, 2010.

▲ On April 14, 2010, new fissures of lava were formed which melted the ice. Rapid vaporization of ice led to phreatomagmatic explosions. This sent off tremendous steam and ash in the stratosphere. The huge amount of ash disrupted air traffic for nearly a week (14-20 April).

▲ Eyjafjallajökull is a glacial volcano. The extreme rise in temperature led to melting of ice. This, in turn, led to a quick rise in the water levels, resulting in flooding in some places.

▲ Explosions at Eyjafjallajökull sent an ash plume to a height of 9-11 kilometers in the atmosphere.

▲ The initial eruption (on March 21) created a 500 meters fissure in the Fimmvörduháls Pass.

▲ The Volcanic Explosivity Index (VEI) is a unit used to measure the explosiveness of volcanoes (with the lowest being 0, and highest being 8). The VEI of Eyjafjallajökull‎ was 4.

▲ Exposure to volcanic ash can result in respiratory and eye problems in people. It can cause difficulty in navigation and lead to engine failure in aircraft. Therefore, air traffic is stopped in case volcanic ash is released in the atmosphere.

▲ The volcano eruption had a severe impact on farming in Iceland. Farmlands were covered with thick layer of ash, water was contaminated, and crops were affected on a large scale.

▲ There were no casualties caused due to the volcanic eruption. However, volcano eruption can lead to a health threat on a large scale. Many people reported of symptoms like irritation in the eyes, nose, cough, etc.

▲ Officially, the series of events and eruptions in Eyjafjallajökull have been declared over in October 2010.

What is a Volcano Eruption

There are numerous plates in the mantle layer, just beneath the Earth’s crust. These plates constantly keep on moving and shifting. Sometimes, the plates move far apart, creating gaps. This increases heat and the mantle melts resulting in magma (molten rock). In other cases, collision of the plates results in formation of excess heat and magma. The gaps or the friction causes the magma to rise upwards. This hot lava is thrown up with a lot of force above the Earth’s surface, which we see as a volcanic eruption or lava.

Formation of volcanoes is quite intriguing. There are three types of volcanoes, namely cinder, composite, and shield. Eyjafjallajökull is a composite type, also known as the stratovolcano type. The eruptions from such volcanoes may raise up to eight thousand feet from their base.

What left us amazed was the fact that a relatively unknown, relatively smaller volcano eruption could have a major impact on the world, specially on the economy (airlines are believed to have lost $1.7bn, and around 10m people were stranded due to the volcanic ash). However, it proves that no volcanic activity, in any part of the world, is to be taken lightly. 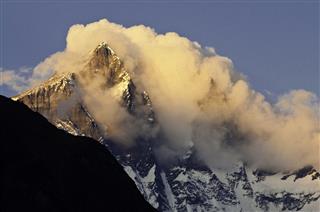 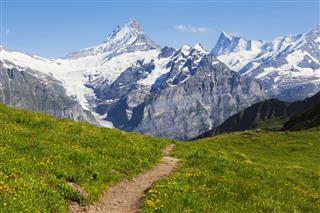 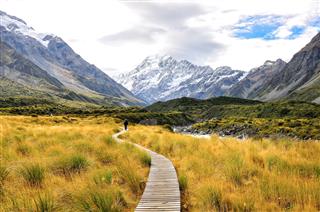 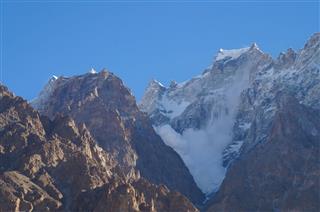 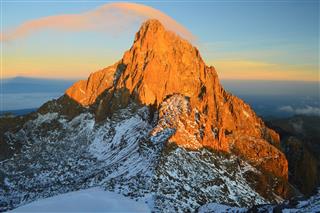 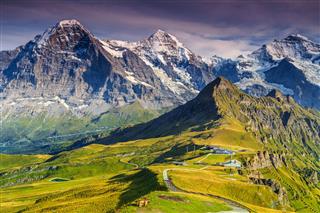 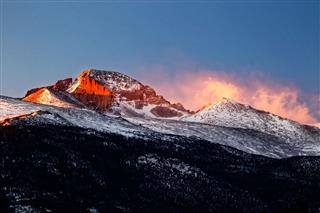 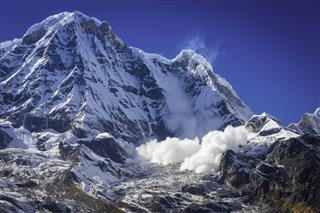 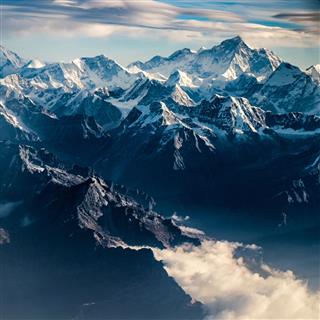