Examples of Symbiotic Relationships in the Deciduous Forest

Home / Uncategorized / Examples of Symbiotic Relationships in the Deciduous Forest 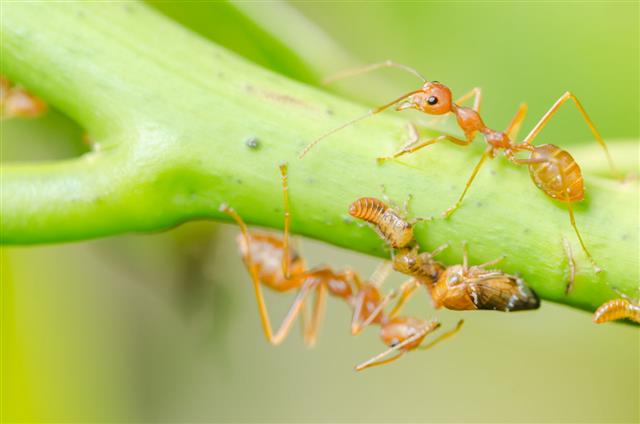 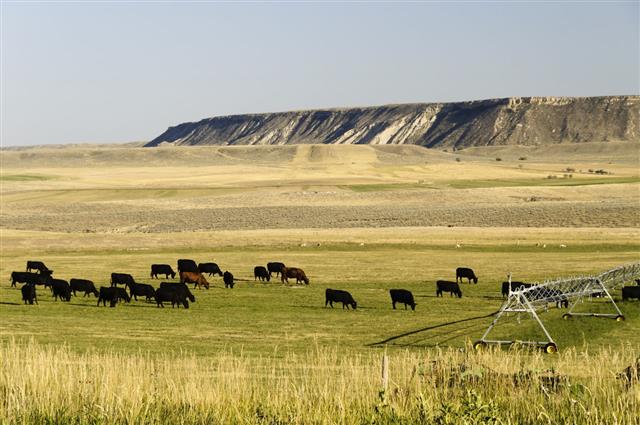 While searching for food, coyotes prefer the company of badgers that are efficient in digging out animals from their burrows. Badgers are not fast runners, while coyotes are. The two get together while chasing for food and coyotes benefit from the badgers’ digging abilities. It is unclear whether badgers derive any advantage from coyotes, thus making it difficult to say whether their relationship is that of mutualism or commensalism.

The word symbiotic, in a broader sense, means ‘living in concert’. The two members that are involved in a symbiotic relationship are known as symbionts. Mutualism, commensalism, parasitism, amensalism, and the predator-prey relationship are the main types of symbiosis.

In a mutualistic relationship, symbionts benefit from each other. In commensalism, one participant enjoys the benefits from the other participant without causing any harm to it. In a parasitic relationship, one organism thrives on another organism, thus harming it. In a predator-prey relationship, one member is a prey and the other is its predator. Amensalism is a relationship between two organisms where one species is conquered and the other is unaffected. Competition and antibiosis are the two kinds of amensalism. In competition, two members hunt for the same type of food (the larger/stronger member emerges winner). In antibiosis, one organism is killed by another through a chemical secretion. Synnecrosis is a type of symbiosis where the interaction between two members is detrimental to both the organisms involved. Described below are some examples of symbiotic relationships between organisms living in the deciduous forests.

The eastern chipmunk has a mutualistic relationship with the oak tree. The chipmunk takes shelter from the tree. Staying on these trees help it seek protection from predators. It takes seeds from the tree and disperses them, thus benefiting the tree too.

Deer allow birds to eat bugs off their fur. In this way, deer can get rid of the insects on their bodies, while birds derive their food from them.

Ants in the deciduous forest nest inside the plants’ thorns to take food and shelter from them. In turn, the ants protect the plants from attack by herbivores.

Morels attach to the roots of plants to derive nutrition from them. Due to the attachment, the absorption capacities of the plant increase. Thus, even the plant benefits from the relationship.

An example of commensalism in the deciduous forest is that of red squirrels and oak trees. The squirrel receives shelter and food from the oak tree. The oak tree is neither harmed nor benefited from this relationship.

Moss thrives on the barks of oak trees. The oak tree is unaffected while the moss is saved from choking due to the leaf litter. Here again, the moss is benefiting without harming the oak tree.

Pseudoscorpions eat mites under the trees. Thus, they derive food with the help of the trees, without benefiting or harming them.

Racoons and owls live in the trees for shelter and the tree is neither harmed nor benefited.

Some insects have developed to look like twigs or leaves. This makes it difficult for the predators to spot them. This benefits the insects and the tree is not harmed.

A classic example of parasitism in the deciduous forest would be the relationship between a tick and a white-tailed deer. The tick stays and feeds on the nutrients in the deer. In this process, the deer may get an infectious disease from the tick. The tick sucks in nutrients from the deer and harms it.

Another example of a parasitic relationship would be that between the American beech tree and a plant called beech drops. Beech drops solely grow under beech trees. They lack chlorophyll. They live wholly on the sap of the beech tree. The beech drops have a special root structure known as a haustorium which helps them adhere to the host plant.

The fungus Laetiporus sulphureus and oak trees share a parasitic relationship. The fungus sucks in nutrients form the oak tree because of which the oak tree does not get all the nutrients it needs.

The mistletoe grows on mangrove trees. It penetrates through the bark of the tree and takes in nutrients, thus weakening the mangrove tree.

The wasp Cotesia congregata injects its eggs into the body of the caterpillar catalpa hornworm with the help of a long sting-like ovipositor. The wasps may also lay eggs on the leaves which are eaten by the caterpillar. These eggs grow into larvae which feed inside the caterpillar. When the wasp grubs grow, they break out through the skin of the larvae and form cocoons. The caterpillar then dies. After a few days, adult wasps come out of the cocoons and find another caterpillar to parasitize.

Parasitism in the deciduous forest is also seen between sycamore lace bug and sycamore. The bugs adhere to the leaves of the sycamore to suck out juices from it.

The treehoppers suck out sap from the oak tree, thus making the tree devoid of nutrients.

The squawroot is a flowering plant that gets its energy by tapping into the oak’s roots.

The tapeworm lives inside the bobcat and gets its nutrition. The bobcat is harmed in this association.

Bobcat, the predator feeds on deer and small rodents.

In a predator-prey relationship, one member is a prey and the other member is the predator. An example of this relationship would be a mountain lion preying on a caribou.

An owl feeds on rodents and other small birds.

Opossum feeds on insects, frogs, birds, snakes, small mammals, slugs and earthworms. To defend themselves, they act as a dead or sick animal. They hiss at their target if they feel threatened.

Mountain lions are the predators and the white-tailed deer are their prey.

Dog-day cicada are preyed on by cicada-killer wasps. These wasps can sting and paralyze a cicada. They fly it home to their burrow and bury it with an egg on it. The egg hatches and the larva of the wasp eats the flesh of the cicada.

The hawk preys on lizards, insects, and various rodents.

The relationship between a hawk and a squirrel is a predator prey type. The hawk is the predator and squirrels are the prey.

The eastern chipmunk is food for the bald eagle.

An example of competition would be the cougar and the bears. Both these animals fight over fish and deer.

The Kudzu competes with trees for sunlight. It grows up the tree trunk to the top to get sunlight for itself. This in turn deprives the trees from the energy intake from sunlight. The Kudzu also sucks energy from it. The tree dies, leaving the Kudzu as the winner.

Coyotes and wolves eat animals like hares, small birds, and squirrels. They compete for food.

Animals like bears and coyotes compete in temperate deciduous forests for food and territory.

The squirrel and the chipmunk compete for food. They also compete with other animals for resources like nesting sites or mates.

Black Walnut and Other Plants

Black Walnut is an important tree in the deciduous forest. Its leaves and roots secrete hydrojuglone, a chemical, that kills other plants near it.

Deciduous forests are just a small part of the ecosystem. Thus, the symbiotic relationships given here are only a glimpse of the many different ways in which living beings co-exist on earth. 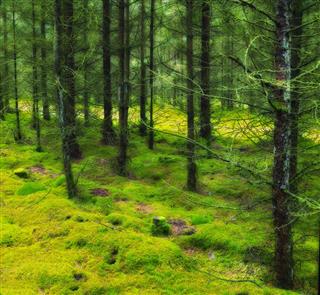 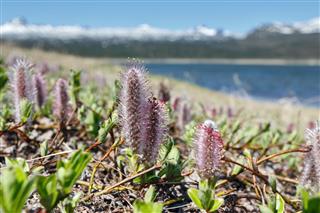