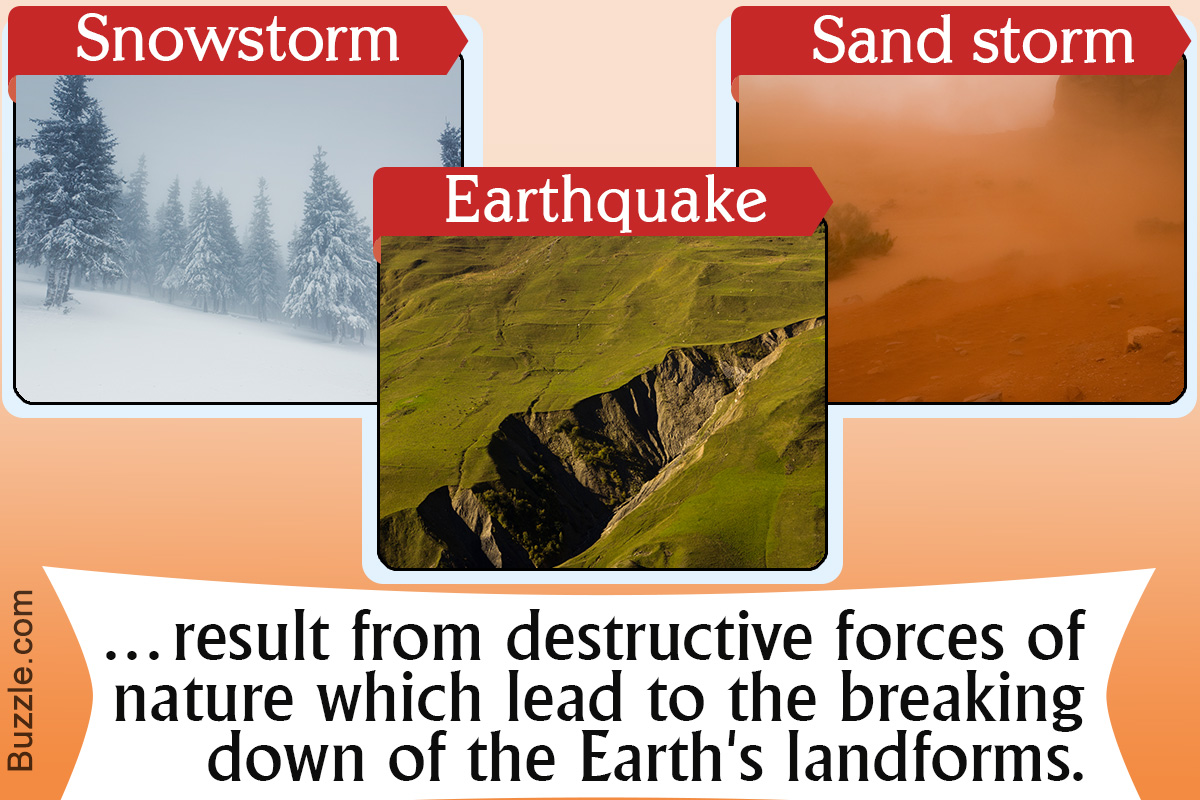 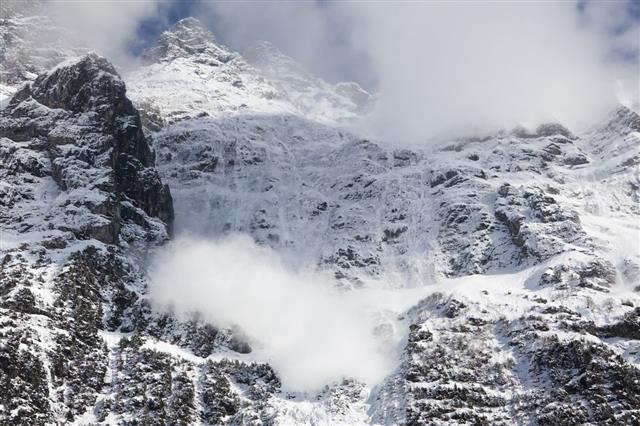 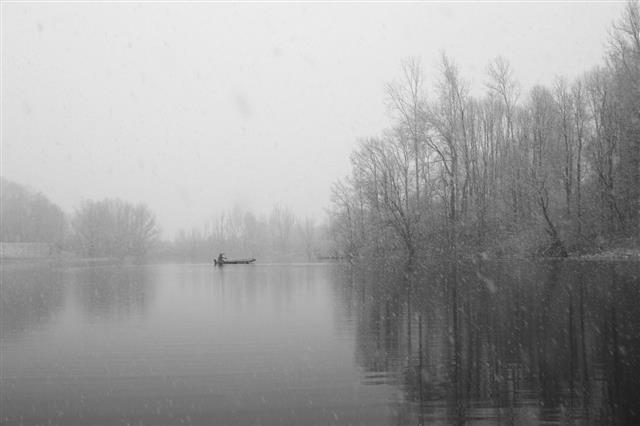 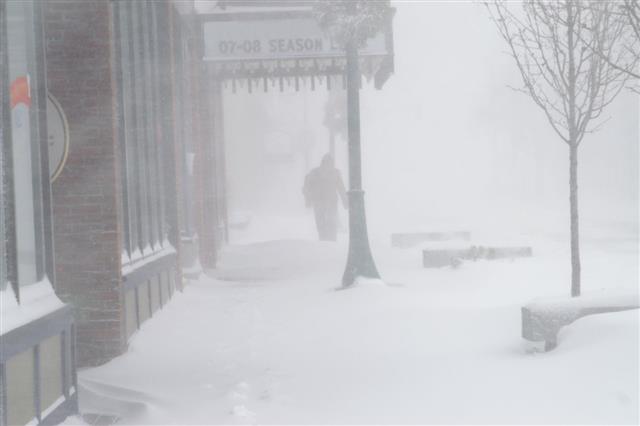 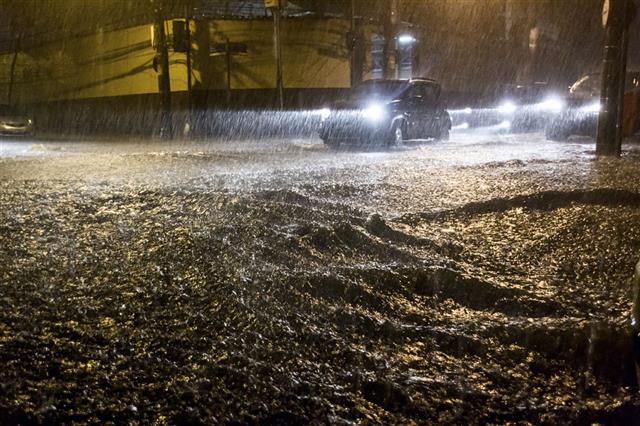 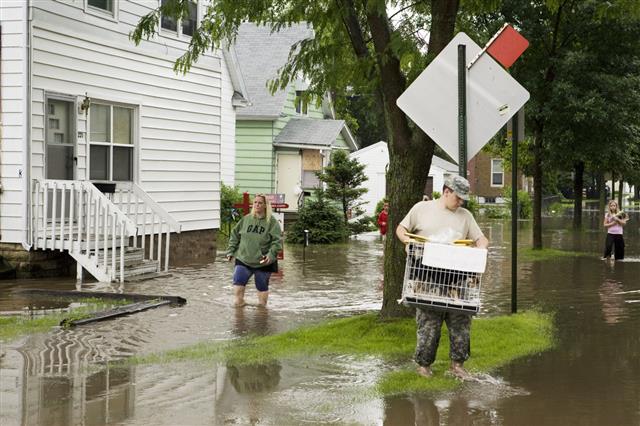 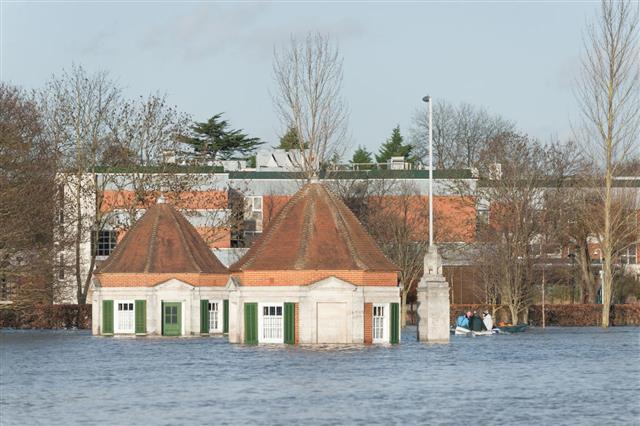 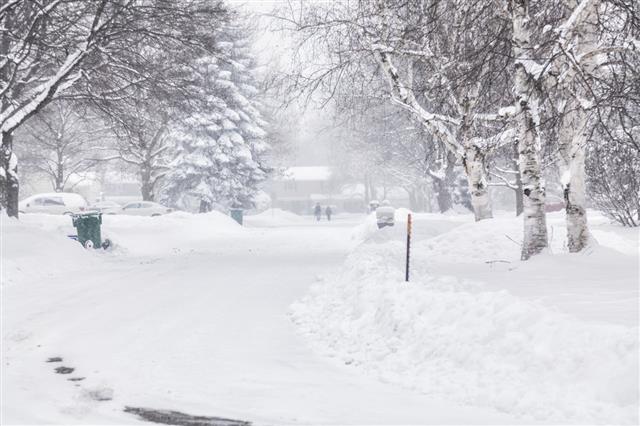 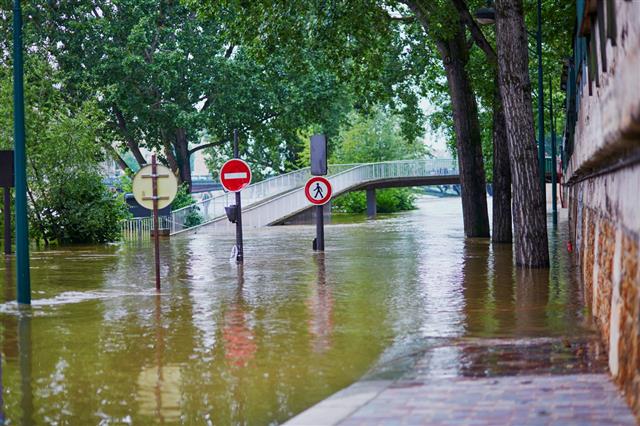 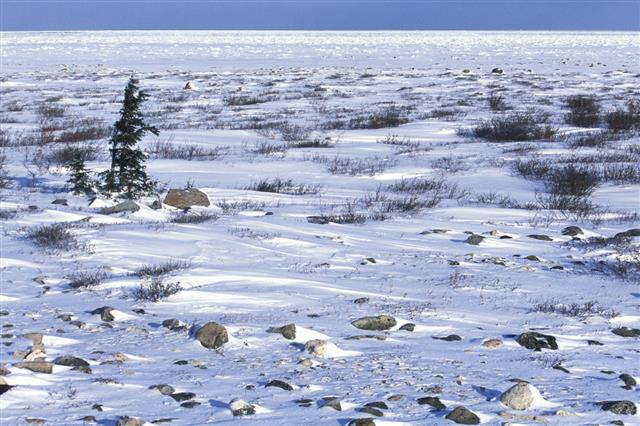 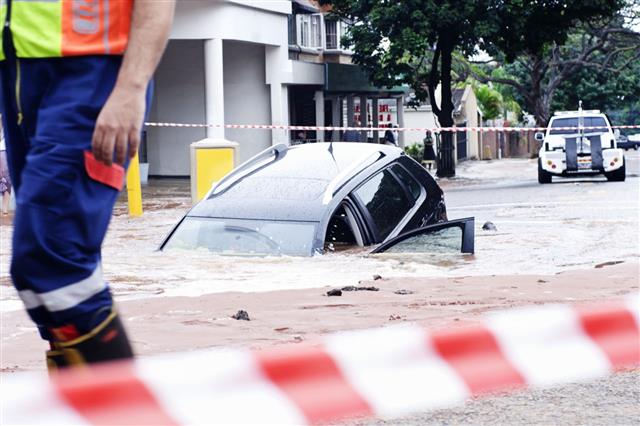 Destructive forces are defined as natural forces that break down the earth. Water, ice, wind, etc. lead to erosion and weathering of rocks and other landforms over time. Sometimes, the effects of destructive forces are noticed immediately. After violent actions of volcanic eruptions, earthquakes, floods, tsunamis, etc., one can immediately notice changes in the earth’s surface features. However, certain subtle processes like weathering change the earth’s surface slowly.

Destructive forces mainly lead to erosion and weathering of rocks.

In erosion, soil particles are stripped away by water, wind, ice, and gravity over time. Erosion implies movement of sediment from one place to another. The boring, scraping, burrowing, and grinding of organisms results in the erosion of hard ocean as well as terrestrial substrates. The process is called bioerosion.

Weathering refers to slow breakdown of rocks at a given place. Even growing plant roots can be the cause of weathering. Lichen can slowly break down granite boulders. Depending upon the changes in climate, a rock expands and contracts. Freezing and thawing of rocks result in weathering. Atmospheric gases, acid rain, etc., can also bring about weathering of rocks.

Cracks in the earth’s crust are called faults. Volcanoes and earthquakes usually occur along these faults. A volcanic eruption can lead to landslides, ash falls, mud-flows, pyroclastic flows (can burn everything in their way), and steam explosions.

As hot molten rock, ash, and gases escape from a volcano, they change the surface of the earth. Volcanoes create a perfect environment for chemical weathering. As a result of a volcanic eruption, certain ground areas have broken off and fallen into the sea. A river may get clogged due to volcanic ash.

By depositing soil and silt, water helps create fertile deltas. However, the same water destroys the Earth’s surface features, when it comes in the form of a flood or tsunami. Rivers, streams, rainfall, all are responsible for erosion. The Grand Canyon is an example of river erosion. Ocean currents and waves are responsible for coastal erosion. The process may take several years to change the surface of the earth. Even a steadily flowing river removes soil and rock from its banks.

Thus, water can erode land and rocks. As the waves constantly break along the coasts and rocks, they lead to erosion. Erosion of rock by waves results in sea caves and steep cliffs. Heavy rains, groundwater pressure, melting glaciers, land erosion, etc., can make a stable area/slope unstable, and can lead to a landslide. Carbonic acid present in sea water brings about corrosion of rocks (dissolving of rocks).

The destructive forces of hurricanes can create extraordinarily high waves and powerful currents in oceans. Wind provides them with energy. In deserts or arid areas, wind is especially responsible for erosion and weathering of rocks. Wind erosion is severe during times of drought. A sand storm in a desert significantly changes the surface of the earth.

The process in which wind lifts up and carries away loose particles is called deflation. The surfaces that are constantly struck by airborne particles carried by wind are eventually worn down. The process is termed as abrasion. Wind can wash away a coastline.

When water freezes in the rocks, it expands. As it requires more space, it pushes the rock apart, breaking it into pieces. Thus, ice and glaciers are also responsible for erosion and weathering. A snowstorm or an avalanche (a slide of large masses of snow, ice, and mud down a mountain) can change the earth’s surface in a significant manner.

Frost weathering occurs in mountainous areas where the temperature is around or below the freezing point of water. Glaciers erode by abrasion, plucking bedrock, and ice thrusting. It must have taken thousands of years for the glacial movement to create the Yosemite valley.

Movement of the earth’s tectonic plates results in breaking of rocks. Two tectonic plates may collide, or rub past each other, or pull away from each other. The fault zone is deformed by the plate movement. When the colliding plates slip, the energy stored in the earth’s crust is suddenly released. It causes an earthquake. An earthquake can be the cause of a landslide.

It can even change the course of a stream or a river. It causes shaking/breaking of the ground, formation of scars across the landscape, or displacement of the ground. During a strong earthquake, oceanic plates may move by many meters. This can break the ocean floor and can suddenly displace a huge amount of water, resulting in what is described as ‘tsunami’.

When the natural forces act as destructive forces, they can have catastrophic consequences. Although the laws of nature supersede the laws of man, with modern technology, it is possible to predict the occurrences of certain natural disasters; for example, one can forecast tsunami arrival times and its behavioral pattern, if a large potentially ‘tsunamigenic’ earthquake occurs. 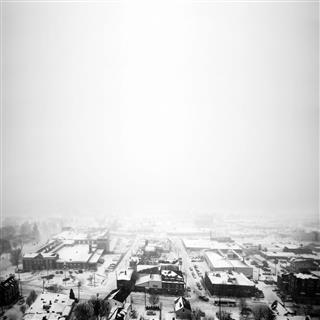 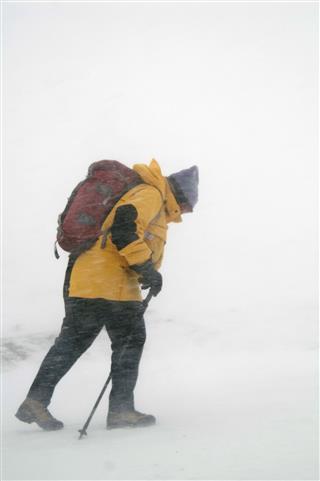 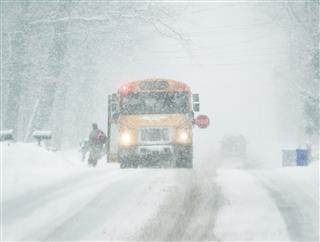 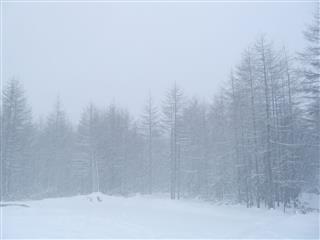 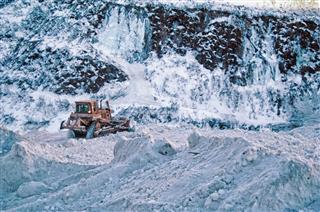 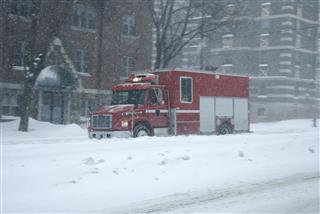 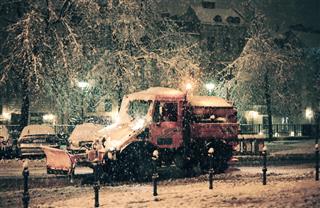 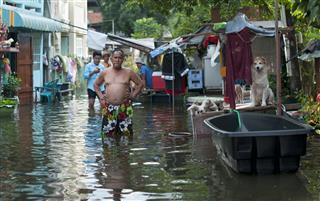 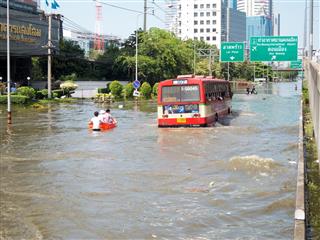 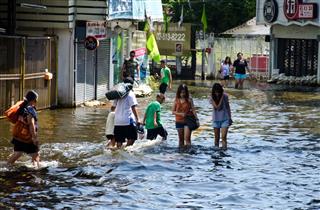 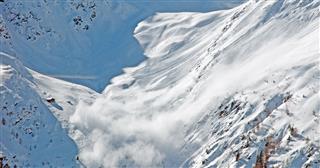 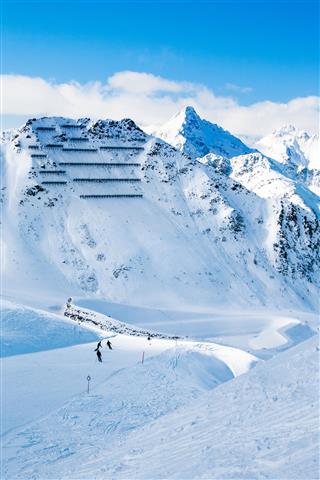 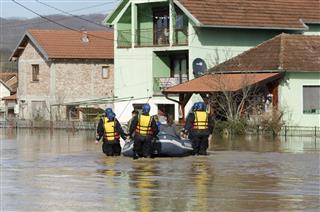 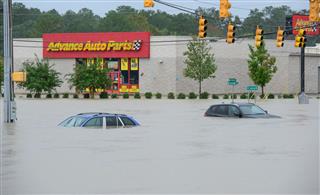 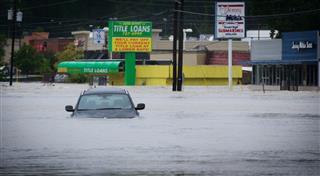 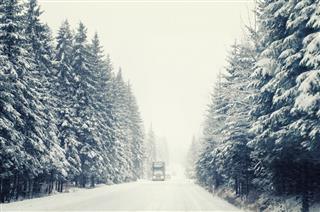 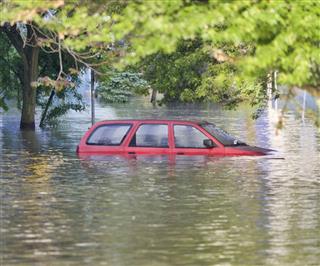