Examples of Commensalism for a Better Understanding of the Concept 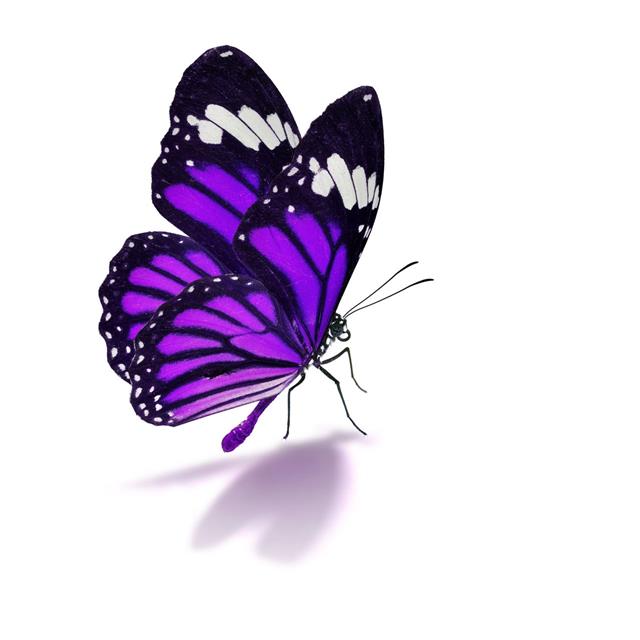 Many instances of commensalism are surrounded by controversies, as there is always a possibility that the commensal host is also being benefited or harmed in some or the other ‘not-yet-known’ ways. However, here are some of the widely accepted examples of commensalism found in nature.

One of the popular examples of commensalism is the relationship between cattle egrets and livestock. The cattle egret is a common species of heron that is found in most regions of the world, and is mostly seen moving along with herds of cattle. This bird moves about in the pastures, and follows livestock such as cattle and horses. The cattle egret eats up the insects hiding under vegetation close to the grounds, which get stirred up when the cattle walk through them.

Orchids Growing on Branches of Trees

Orchids belong to a family of flowering plants that form a commensal relationship with the trees. It is a well-known epiphytic plant that grows on the branches or trunks of other trees. Orchids are usually found in dense tropical forests. They form their base of attachment on the branches of trees, and benefit by getting adequate sunlight and nutrition that flows down the branches. The orchids do not grow to a large size, and thus the host tree is not harmed in any way.

The remora, also called suckerfish, belongs to a family of ray-finned fish. It is a small fish growing up to a size of 1 to 3 feet. The remora forms a special relationship with sharks and other sea organisms like whales and turtles. It has special suckers attached to its fins. It attaches itself to the bodies of sharks, and uses the shark for transportation as well as protection from its predators. It also eats up the scraps of food that are left over when the shark eats its prey.

Pseudoscorpions are scorpion-like insects that usually grow to less than one centimeter in length. They are different from other types of scorpions in the way that they do not have stingers. Some species of the pseudoscorpions hide themselves under the wing covers of large insects like beetles. This gives them protection from their predators, and also provides them a means of transportation over a larger area. Because of its small size and lack of sting, it does not harm the beetle in any way.

The Monarch butterfly is a well-known type of butterfly found commonly in the North American region. At the larval stage, it forms a commensal relationship with certain species of milkweeds. The milkweeds contain a poisonous chemical known as cardiac glycoside, which is harmful to almost all vertebrates. The Monarch stores these poisonous chemicals in its body throughout its lifespan. When a bird eats a Monarch butterfly, it finds it distasteful, and gets sick. Thus, they avoid eating it.

Many birds form a commensal relationship with some species of ants like the army ants. A great number of army ants trail on the forest floor, and while moving, stir up many insects lying in their path. The birds follow these army ants and eat up the insects that try to escape from them. The birds benefit by catching their prey easily, while the army ants are totally unaffected.

Burdock Seeds on the Fur of Passing Animals

Many plant species have adapted themselves by developing curved spines on their seeds or seedpods in order to disperse them over a larger area. The burdocks are a common type of weed that are mostly found along roadsides, and on barren land and fields. The burdock seeds have long, curved spines attached to them. They easily catch onto the fur of passing animals, which carry and drop off these seeds to other regions.

The barnacles are a type of crustaceans that are sedentary, i.e. they cannot move on their own. At their larval stage, they stick to the bodies of other organisms like whales, and other places like shells, rocks, or even ships, and grow on their surface. While the whales are on the move, the barnacles catch hold of floating plankton and other food material using their feather-like feet. This way, they get the nutrition and transportation, and the whale is not harmed or benefited in any manner.

Emperor shrimp is a small crustacean that is usually found in the Indo-Pacific region. It can be seen hitching a ride on sea cucumbers. These shrimp get protection as well as a mode of transportation to move about in larger areas in search of food, without spending any energy on their own. They get off from their host sea cucumber to feed, and get back on for a ride when they want to move to other areas.

Decorator crabs have undergone a very unique adaptation for concealing and camouflaging themselves. As the name suggests, the decorator crabs snip off material available in their surrounding environment, and decorate their shells. In forming a commensal relationship with the sea sponges, they carve out small pieces of sponges and camouflage themselves using them. This adaption of the decorator crab provides protection to it without harming or benefiting the sea sponges.

One of the examples of commensalism in the tundra biome is between the caribou and the arctic fox, wherein the fox tends to follow the caribou while it is on the prowl. The caribou digs in the snow to get its food, which is in the form of lichen plants. Once it digs up the soil, the arctic fox comes and hunts some of the subnivean mammals that have come closer to the surface due to the digging action of the caribou. Thus, the caribou remains unaffected, whereas the arctic fox benefits from its actions.

The above examples are evidence of the extent to which some living organisms can evolve, or adapt in order to survive. Many more examples of commensalism are being discovered each year, as man delves deeper in the quest of solving the still-unsolved mysteries of nature.