What exactly is an electron cloud? Why are atomic orbitals shown to be diffused shapes extending in space? Read to find the answers. 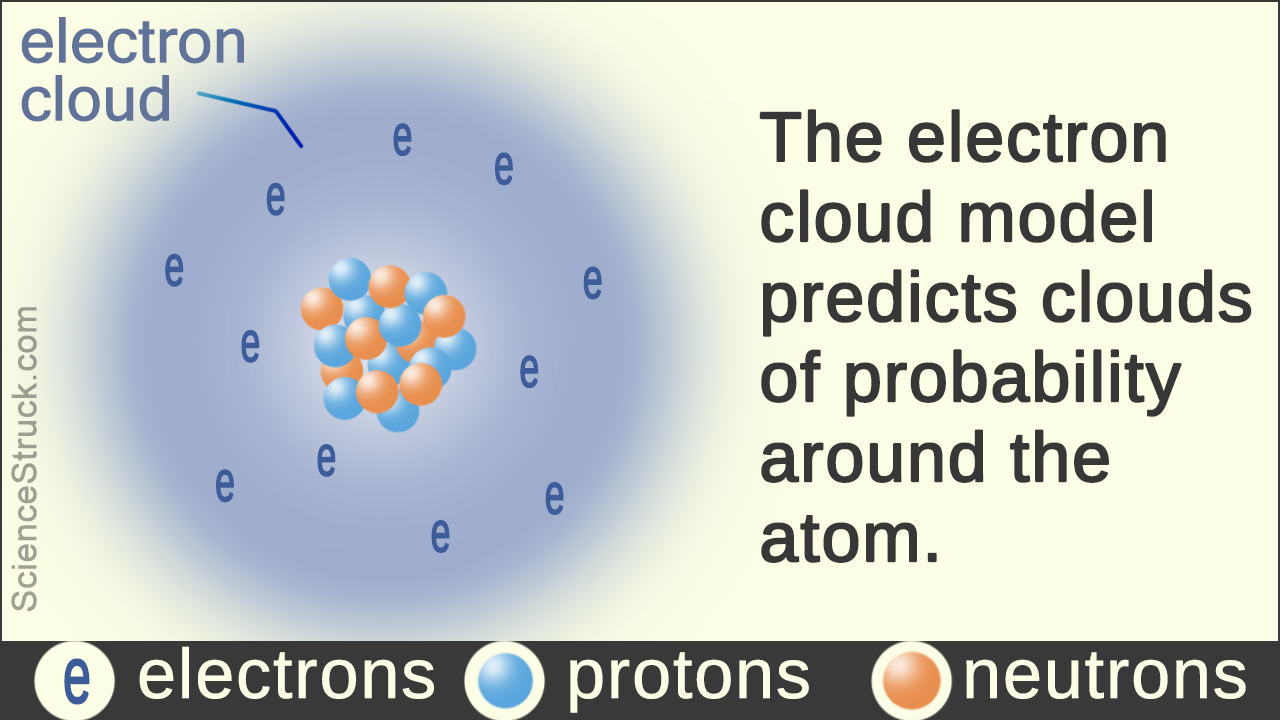 What exactly is an electron cloud? Why are atomic orbitals shown to be diffused shapes extending in space? Read to find the answers.

Modern physics tells us that the dynamic behavior of atoms and molecules, including subatomic particles like electrons cannot be described by the laws of classical Newtonian physics. To describe the mechanics of these particles of an atom, a radical shift from established classical ideas was required, as things at the microscopic level behaved like nothing at the macroscopic level. The successor as you may know, was quantum physics. The theory of quantum mechanics was able to model the behavior of atoms, molecules, and subatomic particles like electrons.

The core principle on which all of quantum physics is based is the uncertainty principle. You need to have some idea of it, to understand what the electron cloud theory is. As scientists probed the microscopic world deeper, they realized that there is a fundamental limitation to how much and how precisely we can know things in the subatomic world. The uncertainty principle discovered by Heisenberg, states that you cannot know how fast a particle is moving and where it is located, simultaneously, with arbitrary levels of accuracy. There is a fundamental level of uncertainty that still remains in every simultaneous measurement of momentum and position, which is inherent in the system itself and does not have an origin in some measurement device defect.

Mathematically, uncertainty principle can be stated as follows:

The uncertainty can never be eliminated entirely while measuring the position and momentum of a particle simultaneously. This means that the trajectory of any particle like an electron can never be predicted exactly. All quantum physics can do is provide you with probabilities for the location of an electron revolving around an atom.

This revelation, further put a question on the very notion of a particle. Particles were now understood to behave like waves. Electromagnetic waves were discovered to behave like particles (dubbed as ‘photons’). In fact, all matter showed wave-particle duality. Therefore, physicists stopped talking in certainties and began thinking in terms of clouds of probability, rather than the position of a particle.

What is an Electron Cloud?

Non-relativistic quantum mechanics is based on the uncertainty principle. We no longer talk in terms of trajectories of particles, but only calculate probabilities of existence of a particle, in a given volume. The probability of existence of an electron around an atom, is calculated using the Schrödinger equation.

The electron cloud model emerged out of the solution of the Schrödinger equation for the Hydrogen atom. The model predicts clouds of probability around the atom, which we now call ‘atomic orbitals’. Instead of a clear orbit, the electron is spread around the atom in clouds of probability. Every electron is known to have certain ‘quantum numbers’ and it populates only certain regions of space around the atom, according to its energy level. Every electron is spread out in a probability cloud, in space. The cloud model is the archetype, that has now replaced the solar system like model, propounded by Neils Bohr, for the atomic structure.

We cannot predict the exact position of a particle and the concept of trajectory is now extinct in physics of the microscopic world. We cannot talk in terms of certainties, but only probabilities. That’s why, what was once imagined to be a classical trajectory of an electron, is now a cloud. The fundamental limitation of the uncertainty principle is inherent in nature, which blurs all the trajectories into clouds of probability for us. It does not mean that physics has given up on predictability. It is only that we have readjusted the degrees of predictability that we can achieve through understanding of physical laws.