The ecological systems theory explains how a child's surroundings and social environment influence his or her development. This ScienceStruck article elaborates on this social theory with its examples. 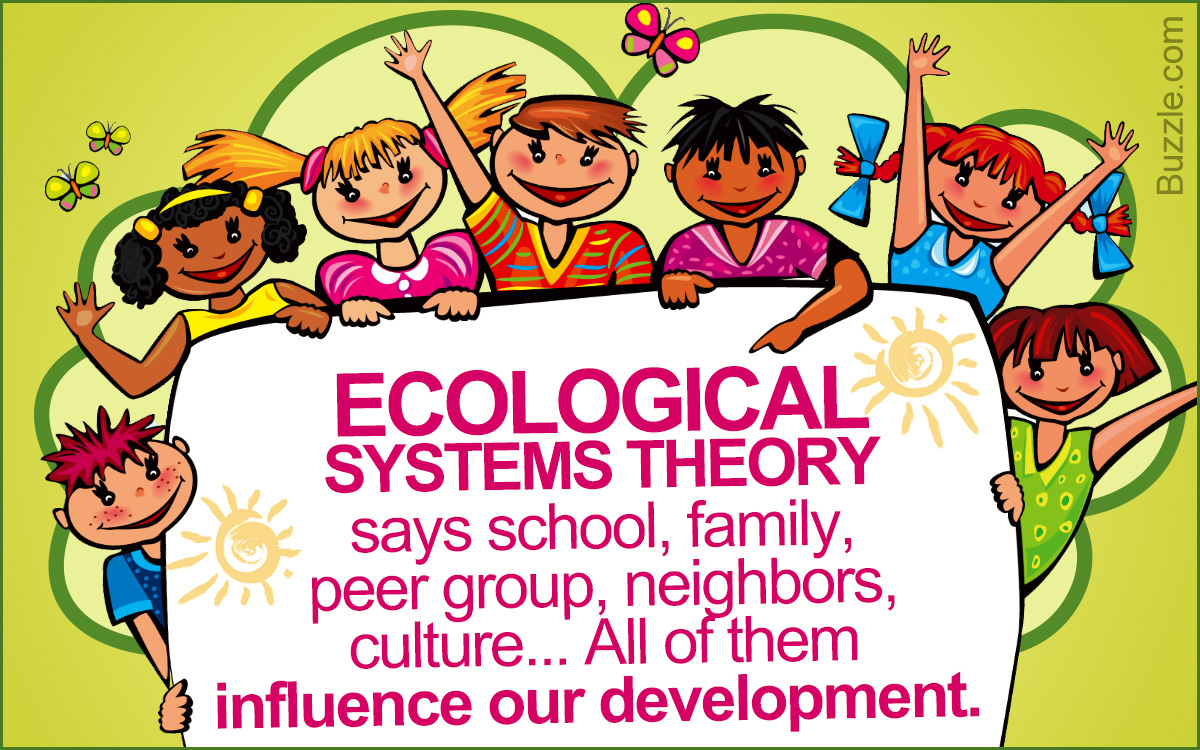 The ecological systems theory explains how a child’s surroundings and social environment influence his or her development. This ScienceStruck article elaborates on this social theory with its examples.

If we assume that it takes a village to raise a child, then we must also assume that a child learns so much from the village. Man develops as a social creature, as a part of the whole community. This has several reasons, one of them being the extent of interdependence between humans and their environment or human ecology.

To understand the process of human development, one needs to consider the entire ecological system in which growth takes place. Small things like child-parent interactions and school environment, to something as large as the societal culture, customs, and economy, all put together, indirectly shape up or mold a human being. This establishes the platform on which this theory is based.

The concept is built up in concentric circles, which are placed around the individual (who is at the center), beginning from the microsystem as an individual’s first surroundings. These systems function on the basis of reciprocity. For example, if a child receives a lot of nurture and care, it will shape the child’s actions and reactions to be positive, in turn. How a child is treated in his or her immediate environment affects the child’s behavior. A person’s temperament can be a result of his environment, similarly a child’s temperament is influenced by the way he or she is treated. Children grow up into adults assimilating a lot from their surroundings.

This is the immediate surroundings that influence a child’s development. The level of proximity between the child and her environment is very high. This system includes a child’s parents and family, school, peer group, neighborhood, etc.

Examples:
Personality traits or behavior of parents, friends, their parents influence a child’s development. The child builds his or her ‘first perspectives’ through the family and people who are close.

Examples:
Parent teacher relation, impact of what a teacher says about the child’s performance or behavior; as an excellent or average student.

An active and positive interaction between the parent and the teacher during the primary grades of a child demonstrated initiative and independence in the child as a high school student. (developmental impact studied by Epstein, 1983)

A conflict or a divorce among the parents naturally increases emotional tension for the child. The strife between parents, if reflected in their relation with kids, disrupts the children’s idea of a peaceful family.

There is no direct interaction between the child and the influential factor in this system. It is something that indirectly affects a child’s life. What a child observes, or interprets from a given situation has more significance here than a direct conversation.

Examples:
Parent’s workplace impacting children can be an instance. If one of the parents is promoted or is laid off the job, it has indirect repercussions on children too. The atmosphere at home may undergo a big change, raising different questions in the child’s mind, to some of which, there may not be any satisfying answers. Change in their place of work (a parent traveling for work), may affect the relation where the child feels closer to the parent he spends more time with, going away from the other for no reason.

This system comprises the larger picture defining the society or the lifestyle of a family. Factors like culture, economic scenario of the country (developed or developing), poverty, ethnic or racial identity form part of this circle. So, all the elements of the microsystem belong to this (macro) cultural context. The belief system, bodies of knowledge, material resources, values, or way of life of all people is common or at least has similarities. This is the composite of all the systems, drawing parallels from all three systems (micro, meso, and exo). The political, cultural, economic, and social realities influence human development, during childhood and as the child grows up into an adult.

Example:
An adolescent growing up to have a specific political view or a religious inclination can be an example.

This refers to the major decisions or important transitions that come about in a person’s life span. It is the time factor that a person witnesses from his childhood to adulthood or old age. Major events like parent’s death or a gradual change in his or her personality with increasing age define the chronosystem. A sudden economic crisis, or a social strife, riot, or any other event altering a family’s lifestyle would have a long-lasting impact on the development of a human mind.

Example:
Children who experienced less fortune or some kind of deprivation during the Great depression grew into adults with a confident sense of career goals than the non-deprived. Some may have worked to help the family sustain financially. This inculcated in them different levels of satisfaction as grown ups. (Elder’s classic study “Children of the Great Depression”, 1974)

Mutual influence, evolution and change characterize the human ecological interaction. It is a wonder that we grow up as adults without even noticing that so much happens around us, all or some of which may be a reason why we behave the way we do.