Difference Between Reflection, Refraction, and Diffraction With Diagrams

Many beautiful natural phenomenon such as the rainbows, twinkling stars, northern lights etc., occur due to reflective, refractive and diffractive properties of light. We find out what each of these properties implies and also understand the difference between reflection, refraction and diffraction.

Home / Uncategorized / Difference Between Reflection, Refraction, and Diffraction With Diagrams

Many beautiful natural phenomenon such as the rainbows, twinkling stars, northern lights etc., occur due to reflective, refractive and diffractive properties of light. We find out what each of these properties implies and also understand the difference between reflection, refraction and diffraction. 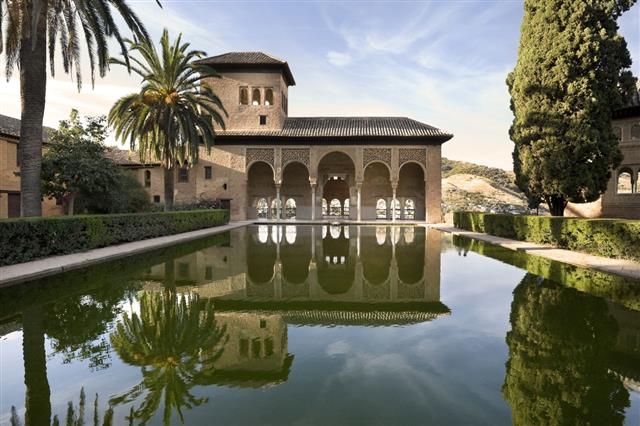 Solar glory, which is an optical phenomenon that resembles the iconic saint’s halo above the shadow of an observer’s head, occurs as a result of light back-scattering, which is a combination of reflection, refraction and diffraction of light towards its source, by a cloud of uniform sized water droplets.

Today, we shall be studying three important properties of light―reflection, refraction, and diffraction. These are natural phenomena that take place frequently in nature and find several different practical and scientific applications. So let’s go ahead and find out what they are.

Reflection is the phenomenon wherein a beam of light incident on an object bounces off, i.e., reflects of its surface. The actual amount of light that is reflected depends on the composition and physical characteristics of the object. Very smooth surfaces, such as mirrors, are able to almost completely reflect the incident light, thus allowing the viewer to see his/her own reflection on them.
angle of incidence(i) = angle of refraction(r)

The phenomenon of reflection was first scientifically studied back in 300 BCE by Euclid. He discovered the law of reflection which states that light travels in straight lines and gets reflected from a smooth surface at the same angle at which it hits it. Thus, reflection occurs when angle of incidence is equal to angle of reflection.

Different wavelengths of light also travel at different speeds, which causes them to bend at different angles. This is why when a full spectrum beam of light is made to travel through a prism, each of its wavelengths are separated into the colors of the rainbow. Stars too ‘twinkle’ due to the refraction of their light by the Earth’s atmosphere.

Later, in 984 CE, a mathematician from Baghdad, by the name of Ibn Sahl, was able to derive the full equation for refraction as given below.

For many years, scientists had debated on whether light is a linear stream of particles or a wave. Many of light’s behavior and properties led to the conclusion that it must be a stream of particles. However, the discovery of diffraction of light proved that it had wave-like qualities as well.

The term ‘diffraction’ was first coined in the year 1660, by Italian physicist Francesco Grimaldi. He used it to describe the phenomenon where a single beam of light, when passed through a narrow slit, was able to split into different directions creating an interference pattern. This occurrence advocated its wave-like behavior because if light was just a stream of particles, how could it bend around the sharp boundaries of the slit and continue moving similar to a water wave?

Water waves and sound waves have the ability to travel around corners, obstacles and through openings, and light waves too are able to display this ability. When light encounters an obstacle in its path, it tends to cause the formation of a shadow in the region behind the obstacle. However light also displays the wave-like quality of diffraction. This is apparent when you notice the fuzziness around the edges of the shadow. Interference occurs due to diffraction of light around the sides of the object, which causes the shadow to become fuzzy. This effect can be demonstrated with the following simple setup.

As seen, a laser is used as a source of light and a coin is placed before it to block its path. Light diffracted around the right edge of the coin interferes constructively and destructively with the light diffracted from its left edge. The result is that a pattern comprising alternate dark and light rings, is formed on the wall behind the coin. The light waves get broken into different wave-fronts that converge at a point on the screen to produce the interference patter shown above. This wouldn’t happen if light were just particles. Thus diffraction clearly indicates the wave-like nature of light.

Reflection Vs Refraction Vs Diffraction

Thus, reflection, refraction and diffraction are three important properties of light, the effects of which are evident in nature. They are used in several everyday applications and also for specific scientific studies.