What is the Difference Between Enantiomers and Diastereomers? 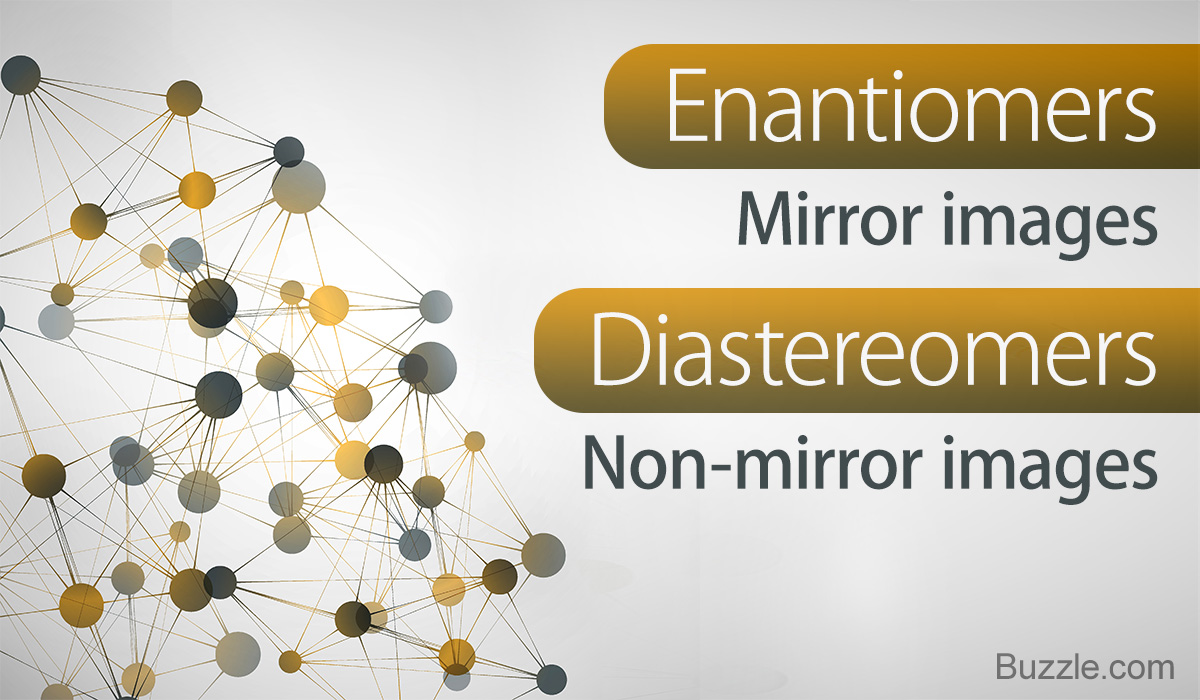 Enantiomers and diastereomers are stereoisomers. Here, we, at ScienceStruck, have undertaken an enantiomer vs. diastereomers comparison to highlight the differences between the two.

It is a drug that has only one enantiomeric form of the active ingredient. These drugs have greater efficacy and fewer side effects. In some cases, other enantiomeric of the drug may have adverse effects.

A chiral carbon, or an asymmetric carbon, is a carbon atom to which four different types of atoms or different groups of atom are attached. The number of Stereoisomers that may exist of a particular organic compound is calculated using the formula, 2n, where n is the number of chiral carbons present in the molecule.

Depending on the spatial arrangement of the atoms of the molecules, stereoisomers can be of many types like enantiomers, diastereomers, conformers, and atropisomers. We will talk about enantiomers and diastereomers in detail here.

✸ In 2-bromo-3-chloro-butane, depicted below, both chiral carbons are either in the R, R or the S, S configuration. The two structures thus shown are exact mirror images of each other with both bromine and chlorine in the same side of the carbon-carbon bond.

✸ In the same compound depicted below, the chiral carbon atoms are either in the R, S configuration or the S, R configuration. Here the bromine and chlorine atoms are at the opposite sides of the carbon-carbon bond.

✸ Diastereomers of a compound differ in their physical as well as chemical properties.

✸ A compound with one or more stereocenters (chiral carbons) is capable of enantiomerism (property to form enantiomers).

Optical activity is the physical property of an asymmetric carbon compound to rotate the plane of the linearly polarized light.

✸ Not all diastereomers are optically active. Some stereoisomers are said to be meso compounds and seem to be optically inactive despite having two or more chiral carbons. The compounds possess a line of symmetry, meaning, one half of the compound is identical to the other half, but these two halves differ in their orientation (if one half has S configuration then the other half has R configuration).

Louis Pasteur was the first to observe stereo-isomerism in salts of tartaric acid, in the year 1849. He observed that one sample of the salt rotated the plane of polarized whereas, the other didn’t. On microscopic observation of the salt, he found that it was composed of two different type of crystals. He manually separated the two crystal from each other and observed that each type of the crystal rotated the plane of polarized light either clockwise or anticlockwise.