Understanding the Deciduous Forest Biome and its Importance

Though they are not as popular as the rainforests, deciduous forests are found on almost all the continents of the world. Large tracts of these forests are predominantly found in North America, Europe and Asia.

Home / Uncategorized / Understanding the Deciduous Forest Biome and its Importance 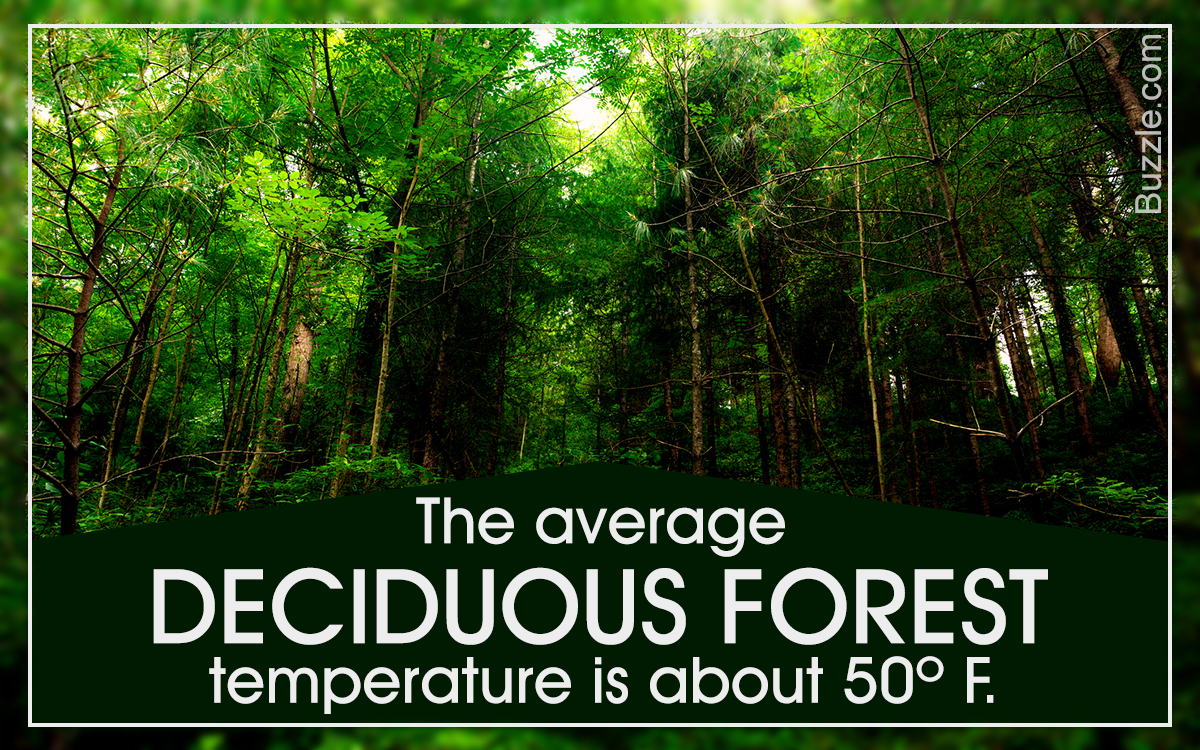 Though they are not as popular as the rainforests, deciduous forests are found on almost all the continents of the world. Large tracts of these forests are predominantly found in North America, Europe and Asia.

The word ‘deciduous’ of the deciduous forest fame is derived from the Latin term ‘decidere’, meaning ‘falling off at maturity’. Other than these forests, this word is also used in context of baby teeth, i.e. deciduous teeth, which eventually fall off, and are replaced by permanent teeth in infants.

Roughly occupying around one-third of the Earth’s land surface, forests play a crucial role in maintaining the balance which is necessary to sustain life on the planet. Of late though, incessant rise in human population has resulted in large-scale destruction of forests, which, in turn, has been threatening the very balance we talk of. Of the various forest biomes that are being subjected to such destruction, one is the deciduous forest biome – which is typically characterized by the presence of trees which lose their leaves seasonally.

An illustration of deciduous tree with thick green summer foliage and leafless winter branches. These trees shed their leaves in autumn and start regrowing them in spring. It helps them minimize the loss of moisture during the cold season.

Deciduous forests are found on all the continents of the world, except for Antarctica. In North America, large tracts of these forests are found in the eastern United States. In contrast, South America only has patches in southern Chile and along the middle east coast of Paraguay. Almost entire central Europe comes under the deciduous forest biome. In Asia, deciduous forests flourish in Japan, southwest Russia and eastern China, and in Australasia, they are found along the southeastern coast of Australia and New Zealand.

It mainly includes the deciduous forests that are found in North America, Europe and Asia, wherein seasonal temperature has a great impact on the plant communities. The vegetation in these forests is dominated by tall trees and shrubs which bloom during the warm months of summer, and become dormant in the cold months of winter. The dense canopy here makes it difficult for the sunlight to reach the ground, as a result of which only a few species of small plants are able to survive.

It includes forests that are found in Mexico, Madagascar, Maputaland-Pondoland (Eastern Africa), etc. In these forests, the vegetation depends on the seasonal temperature as well as the pattern of precipitation. During dry season, the trees shed all their leaves to conserve water and to prevent any damage to the tree. After the first rains, the leaves sprout. Tropical and subtropical deciduous forests are usually found in areas that have a high water table or on the banks of streams and rivers.

Almost all the deciduous forests in the world are located close to the ocean, and that plays a crucial role in determining their climate. Basically, the climate of this biome is marked by four seasons – spring, summer, autumn and winter. The average temperature here fluctuates between 50°F and 70°F, and these regions receive between 30-60 inches of rainfall. The temperature and precipitation pattern have a significant impact on flora and fauna of this region.

As we said earlier, the growth of plants in deciduous forest biome is guided by seasonal temperature and precipitation pattern. Experts classify the vegetation here into five layers i.e. five zones of plant life.

The trees that grow in this zone typically have a height of 60 ft. to 100 ft. These include oak, beech, maple, elm, walnut,sweet gum, etc.

Also referred to as the sub-canopy, this zone has young trees as well as those trees which fail to attain height as a result of the obstruction caused by canopy layer.

The third zone has shrubs like mountain huckleberries, laurel, rhododendrons and azaleas.

This zone is home to short herbal plants like wildflowers, ferns, etc.

The last zone of these forests, it is marked by presence of lichen, club mosses and true mosses.

Deciduous forests are home to a number of animals, right from large predatory species like the bobcats, mountain lions, the American black bear, and timber wolves, to birds, like the American bald eagle and duckbill platypus, and small mammals, such as skunks, raccoons, wood mice and several species of squirrels. Some of these species are restricted to a particular region; the mountain lions, for instance, are only found in the deciduous forests of North America, while the duckbill platypus is endemic to Australia.

Most of these animals adapt to these forests by resorting to migration or hibernation. While mammals like bears hibernate in winter, birds migrate to warmer places where there is plenty of food. Some animals, like squirrels and chipmunks, store nuts and seeds in the trees and use these reserves in winter when there is shortage of food. As in case of other biomes, even the species of deciduous forest biome are threatened by extinction due to excessive poaching and habitat loss caused as a result of large-scale deforestation.

The practice of deforestation has been threatening the existence of deciduous forests around the world. These forests are dwindling as large tracts of land are being cleared for farming and human habitation. The need of the hour is to spread awareness about the need to protect this – and all the other forest biomes. If we don’t act soon, but obviously we will end up losing these beautiful ecosystems and all the species which inhabit them. 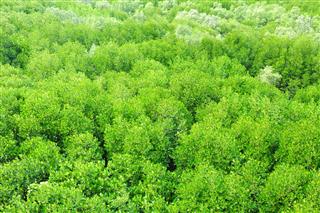 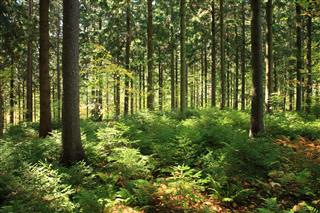 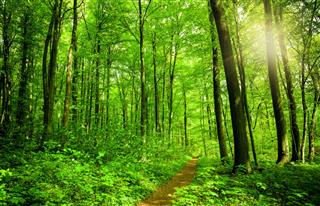 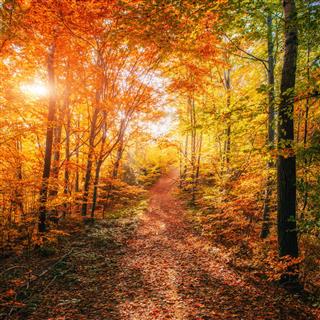 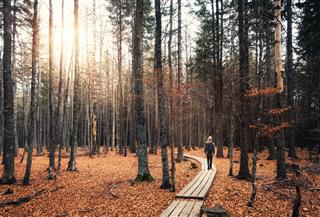 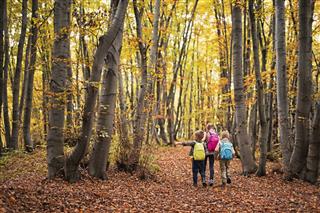 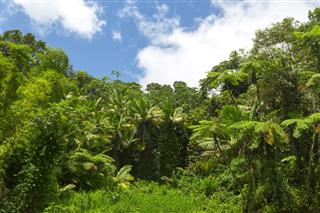 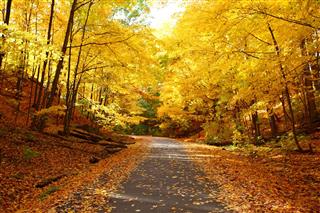 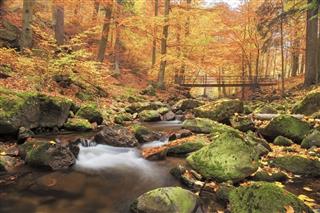 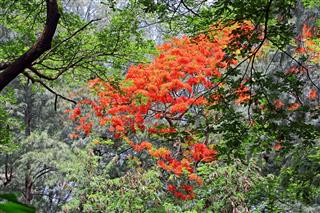 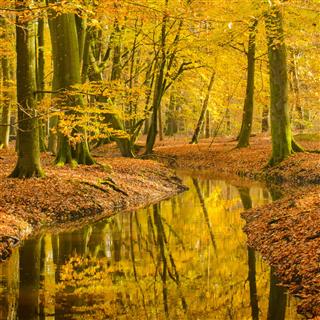 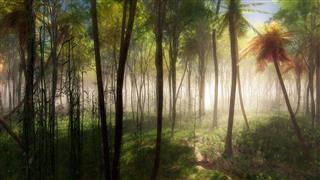