Here are 7 Types of Bridges Everyone Should Know About

Bridges are often built over huge landmasses or water bodies. Their design depends on their function. To know about the various types of bridges, read on...

Bridges are often built over huge landmasses or water bodies. Their design depends on their function. To know about the various types of bridges, read on… 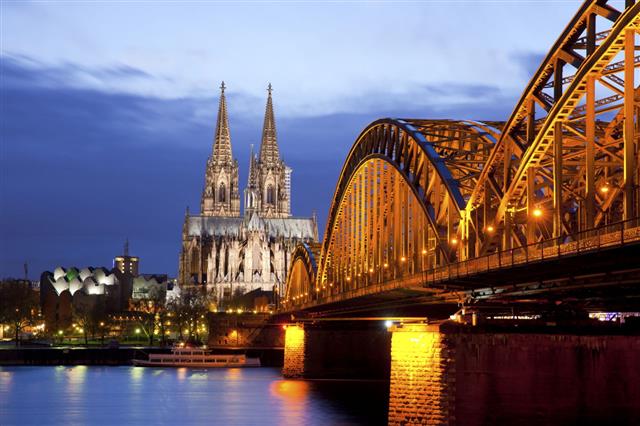 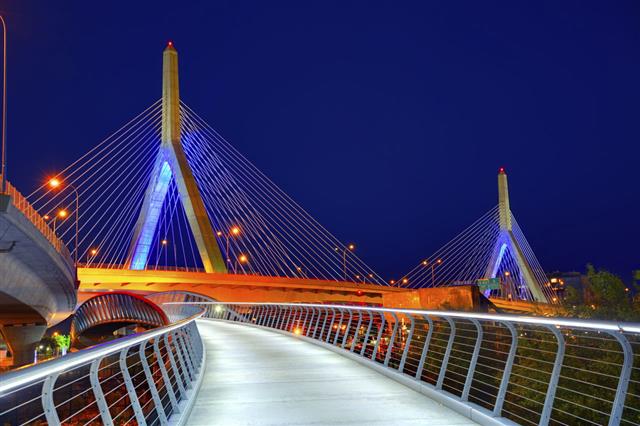 Bridge is not merely a piece of construction, it’s a concept, I think sometimes. It represents the idea of crossing over large spans of land or water, thus ‘bridging’ the gaps spanning long distances. A bridge connects two far-off points thus reducing the distance between them and bringing them within reach. What does it take to construct this ‘idea’? It takes ingenuity! Here, we take you through all the different types of bridges, and tell you about the civil engineering and aesthetics they involve.

Danyang-Kunshan Grand Bridge on the Beijing-Shanghai High-Speed Railway in China (164.8 kilometers long) is the longest in the world. Its type is Viaduct (arches supported by piers).

Millau Viaduct over the River Tarn in southern France (343 meters high) is the tallest bridge in the world. It is of the cable-stayed type.

Slab-stone bridge over River Meles in Izmir, Turkey (built in 850 BC) is the world’s oldest bridge. Its type is single-arch.

Port Mann Bridge over the Fraser river in British Columbia, Canada (more than 65 meters wide) is the widest bridge in the world. It is of the cable-stayed type.

It is arch-shaped and has supports at both ends. Its weight is borne by these supports. Etruscans and ancient Greeks were aware of the concept of arches since a long time. But Romans were the first to discover the use of arches in bridge construction. Arch bridges have now evolved into compression arch suspended-deck bridges that enable the use of light and tensile materials in their construction. Moon arch, pointed arch, deck arch and two or three storied arches are some arch bridge designs.

The Mycenaean Arkadiko Bridge in Greece of 1300 BC is the oldest existing arch-shaped bridge.

The Chaotianmen Bridge in Chongqing, Southwest China is the largest arch bridge in the world. It is 1741 meters in length.

A beam bridge was derived from the log bridge. It is built from shallow steel beams, box girders and concrete. Highway overpasses, flyovers or walkways are often beam bridges. A horizontal beam supported at its ends is roughly how the structure of this bridge is. Its construction is the simplest of all bridge types. Its design should be such that it does not bend under load. So its top surface is compressed and the bottom surface is under tension, which helps the beam remain in a straight line.

The longer a beam bridge, the weaker it is. Typically, beam bridges are not more than 76 meters long.

Structured similar to a suspension bridge, the difference lies in the way it supports load. In this bridge type, cables are attached to the towers, which bear the load. Two variants of cable-stayed bridges are harp and fan. In the harp design, cables are attached to multiple points of the tower in a parallel manner. In the fan variant, all the cables connect to the tower or pass over it. Cable-stayed bridges are much stiffer than suspension bridges.

The cables serve as a good support for the bridge deck. Also, any number of towers can be used and it requires less cable than a suspension bridge does.

Skybridge, Canada is the longest transit-only cable-supported bridge in the world.

Cantilevers are structures that project along the X-axis in space. They are supported on one end only. Bridges intended to carry lesser traffic may use simple beams while those meant to handle larger traffic make use of trusses or box girders. In a typical cantilever bridge, cantilever arms extending from opposite ends meet at the center, while in a suspended span design, they do not meet.

The Forth Bridge in Scotland is a railway bridge using the cantilever design and is one of the oldest known cantilever bridges. San Francisco-Oakland Bay Bridge that is 1400 feet long is another known example of a cantilever bridge.

The 1800 feet Quebec Bridge of Canada holds the record of being the world’s longest cantilever bridge.

The term is used to refer to a bridge-like structure which is movable. Typically, a drawbridge opens up to extend over the distance it is meant to span. A castlebridge, for example, opens like a door, serving as a doorway to the castle. It could be in the form of a plank that is pivoted to the center that rotates along a designated circumference. This type of construction is often used above tidal waters, where the water levels rise and fall.

A vertical lift bridge is a drawbridge that moves vertically in a plane parallel to its deck. Bascule bridges are drawbridges that swing up and down to facilitate boat traffic.

Tower Bridge across Thames in London is a well-known bascule bridge.

It is a bridge suspended from cables. Suspension cables are anchored at each end of the bridge. The load that it bears converts into the tension in the cables and is transferred to the towers. Cables stretch beyond the pillars up to the dock-level supports further to the anchors in the ground. Vertical cables suspended down, bear the deck’s weight. This bridge can span long distances and resist earthquakes. It requires less construction material, so the construction costs are less.

The Tsing Ma Bridge of China and the Humber Bridge of England are some of the famous suspension bridges.

The Golden Gate Bridge of USA, declared as one of the Modern Wonders of the World is a suspension bridge.

It is built by connecting straight elements with the help of pin joints. Triangular units connected at joints form the skeleton of a truss bridge. Owing to the abundance of wood in the United States, truss bridges of the olden times used timber for compression and iron rods to bear tension. They became common from the 1870s to the 1930s. Truss is the oldest form of modern bridge design.

Deck truss railroad bridge that extends over the Erie Canal is one of the many famous truss bridges.

For more on this bridge type, go through Truss bridge design and types.

Man’s desire to reach the ‘unreachable’ and venture new places led him to construct bridges that spanned huge distances and helped him overcome obstacles. A log of wood floating on water might have inspired man to build bridges for the very first time! Thanks to the developments in engineering and architecture, distances could be bridged and seemingly unreachable destinations came within man’s reach. 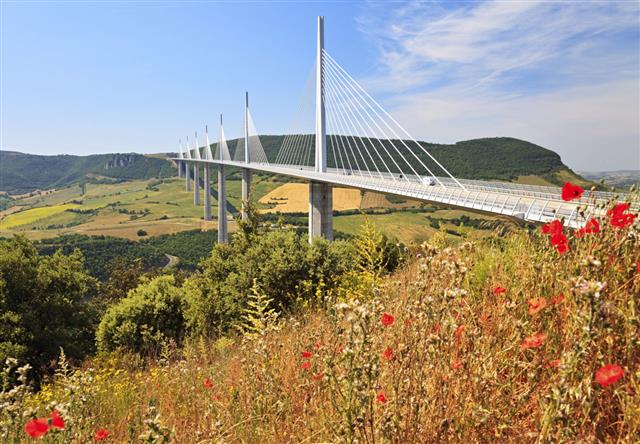