Meaning And Examples of Converse Statements

Different types of statements are used in mathematics to convey certain theorems, corollaries, or prove some ideas. One such statement is the converse statement. This Buzzle article explains how to write one, along with some examples of converse statements. 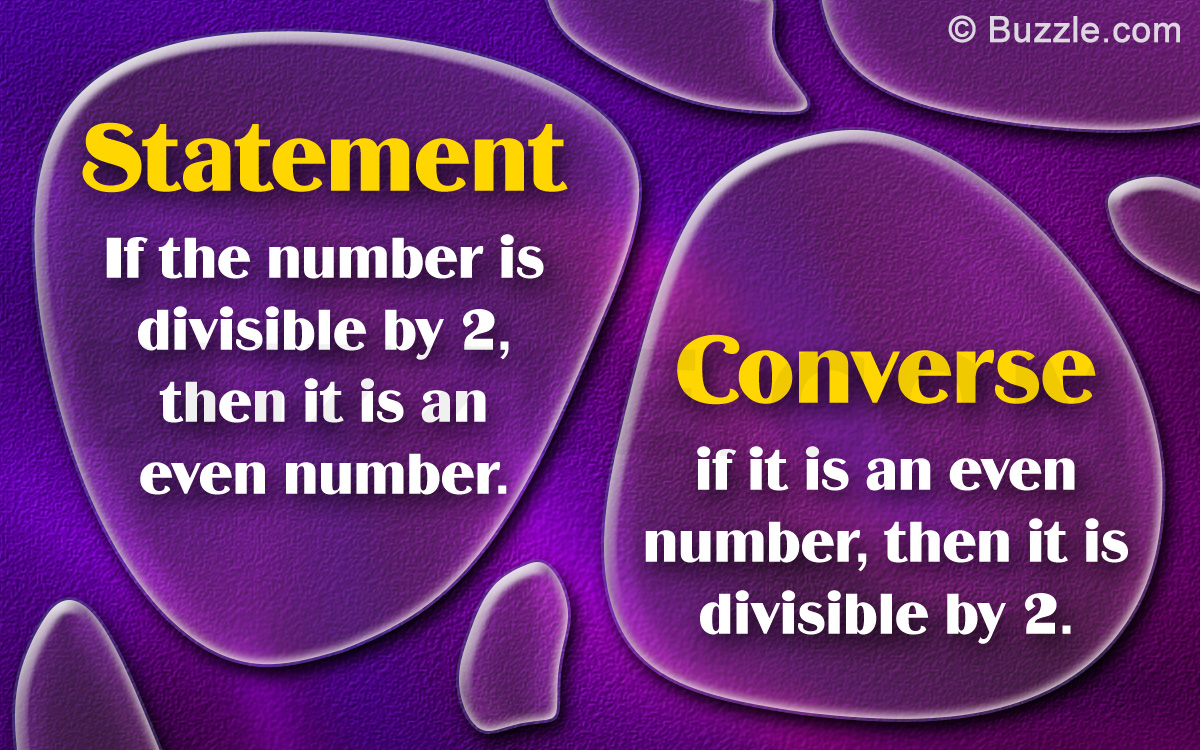 Different types of statements are used in mathematics to convey certain theorems, corollaries, or prove some ideas. One such statement is the converse statement. This Buzzle article explains how to write one, along with some examples of converse statements.

A very important type of statement, the converse statement is mostly used in geometrical theorems. Understanding or writing a converse theorem is not very difficult.

In this Buzzle write-up, we discuss the meaning of a converse statement, how it is written, and some examples.

What is a Converse Statement?

The truth table will help us understand the concept of converse statements easily. Let p be the hypothesis, and q be the conclusion. We will discuss the different cases using a truth table.

When converse is true

When converse is not true