An ice shelf is a sheet of floating ice that is formed when a glacier or an ice stream flows down to the ocean. In this ScienceStruck article, we shall check out the ice shelves located on the Antarctic peninsula. 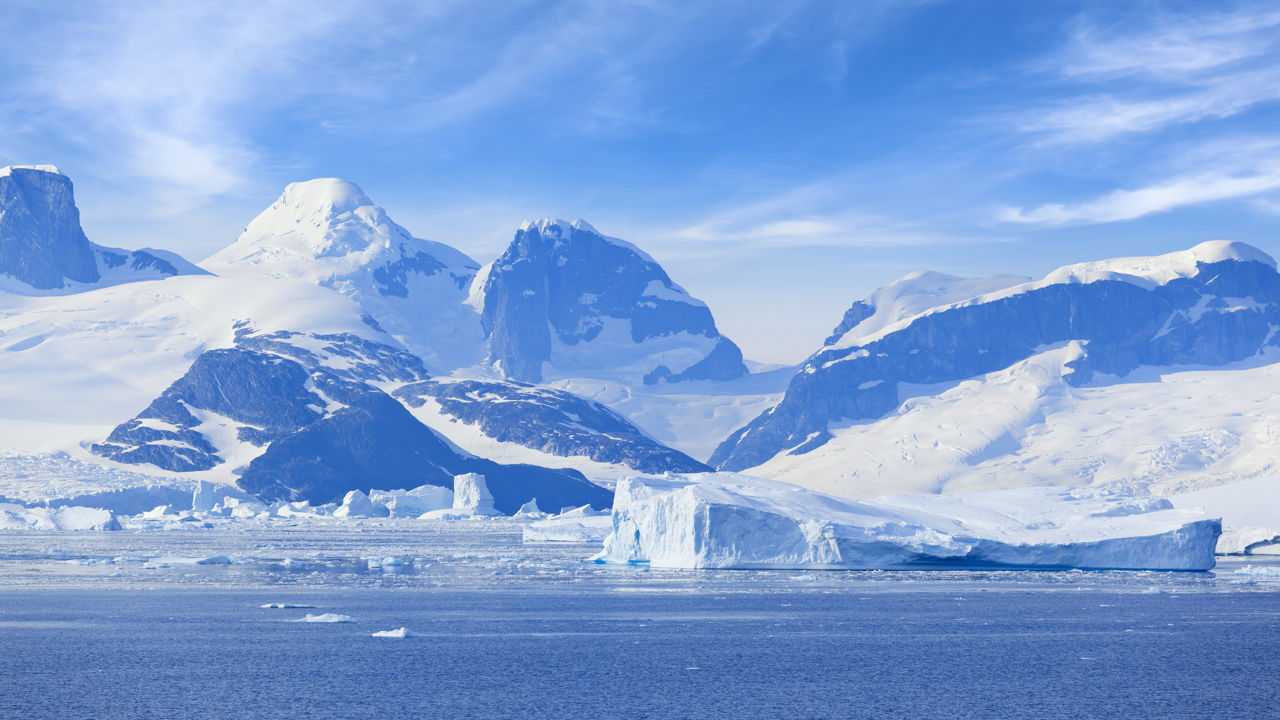 An ice shelf is a sheet of floating ice that is formed when a glacier or an ice stream flows down to the ocean. In this ScienceStruck article, we shall check out the ice shelves located on the Antarctic peninsula.

… that there are several ice shelves around Antarctica, and their thickness varies from 100 meters to as much as 1,000 meters.

Ice flowing from land to the very cold waters of the ocean leads to the formation of ice shelves, as the ice does not melt soon enough. As a result of the continuous flow of glacial ice into the ocean, more and more ice gets accumulated, and the ice shelf grows larger. The grounding line is the boundary line where the ice from the glacier or ice stream leaves the landmass to form a part of the ice shelf.

Over the years, several ice shelves have disintegrated completely, and this is believed to be an effect of global warming. One may think that disintegration and melting of ice shelves will lead to a significant rise in sea levels, but this is not entirely true. However, ice shelves do play an indirect role in keeping the sea levels from rising. This is because, they act as a barrier and slow down the rate at which glaciers and ice streams deposit ice into the ocean.

Ice Shelves in the Antarctic Peninsula

The second-largest ice shelf in Antarctica, the Filchner-Ronne Ice Shelf lies at the head of the Weddell Sea. It’s a massive floating body of ice, and extends inland to the east side of Berkner Island. The part of the ice shelf located west of Berkner Island is presently known as the Ronne Ice Shelf, but earlier, the entire shelf was known as the Filchner Ice Shelf. This ice shelf was named after the German explorer Wilhelm Filchner, and Edith Ronne, wife of American explorer Finn Ronne. The Filchner ice shelf was claimed by the United Kingdom in 1908, and Argentina in 1942, while the Ronne Ice Shelf was claimed by three countries – United Kingdom (1908), Chile (1940), and Argentina (1942).

Fed by the Lambert Glacier, the Amery Ice Shelf is located at the head of Prydz Bay. To the north of this ice shelf lies an undersea basin known as the Amery Basin. Named after William B. Amery, the representative of the United Kingdom government in Australia, this ice shelf was claimed by the island country in 1933.

The Larsen Ice Shelf is a series of three ice shelves located in the northwestern part of the Weddell Sea. The segments are called Larsen A, Larsen B, and Larsen C. While Larsen C is the largest of the three segments, Larsen A is the smallest. The segment known as Larsen B disintegrated in February 2002. This ice shelf was named after Captain Carl Anton Larsen.

Thickness: 300 m on an average

Located off the coast of Queen Maud Land, the Riiser-Larsen Ice Shelf extends from the Cape Norvegia in the north to the Lyddan Island and Stancomb-Wills Glacier in the south. Named after Captain Hjalmar Riiser-Larsen, this ice shelf is approximately 250 miles long.

Fed by the Jutulstraumen Glacier, the Fimbul Ice Shelf is 120 miles long, and about 60 miles wide.

The Shackleton Ice Shelf is located off the coast of East Antarctica, and was named after Sir Ernest Shackleton.

The George Ice Shelf extends from the Ronne Entrance to Niznik Island. It derives its name from the George VI Sound or the Canal Jorge VI, the bay in which it is located.

The West Ice Shelf is a prominent ice shelf that extends between Barrier Bay and Posadowsky Bay.

The Wilkins Ice Shelf is located within the Wilkins Sound, a seaway located in the southwestern part of Antarctica.

Here’s a complete list of the other ice shelves in Antarctica, along with their location coordinates.

These were the major ice shelves on the Antarctic continent. Ice shelves are only found in Antarctica, Canada, and Greenland.