A Complete List of Chemical and Physical Properties of Sodium

Sodium is a chemical element that has been used by humans since the ancient times. It is the most important metal from a commercial point of view, as it is utilized by both organic and inorganic industries. Properties of sodium make it a unique element and here, we give you more information about the chemical and physical properties of sodium. 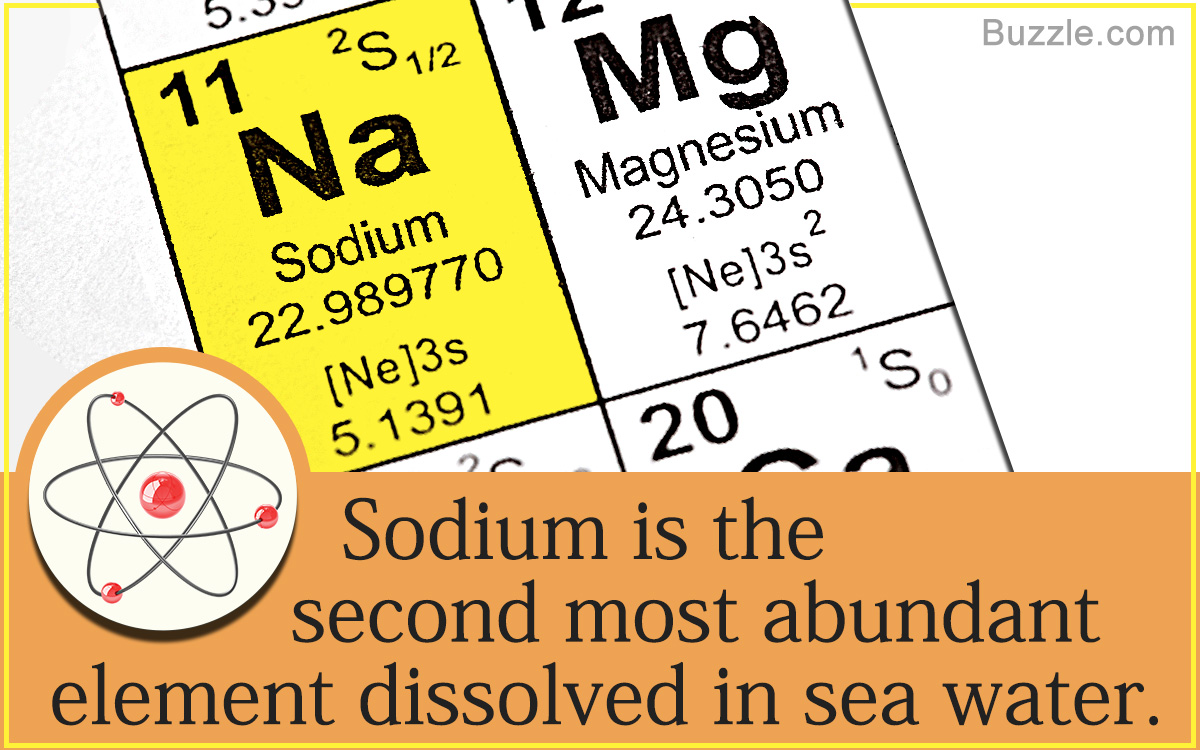 Sodium is a chemical element that has been used by humans since the ancient times. It is the most important metal from a commercial point of view, as it is utilized by both organic and inorganic industries. Properties of sodium make it a unique element and here, we give you more information about the chemical and physical properties of sodium.

That the name sodium is derived from the Arabic word ‘suda ‘ which means headache; as sodium carbonate or soda was used to alleviate headaches in ancient times.

Since sodium as a metal does not occur in the free form naturally, it has to be isolated from compounds and this was first done by Sir Humphry Davy in England in 1807. Sodium is a member of the alkali metal group and is placed in the periodic table below lithium and above potassium. It is the most abundant of all alkali metals. Chemically, sodium is represented by the symbol Na. Atomic number of sodium is 11 and its atomic mass is 22.98. As the atomic number of sodium suggests, it has only one electron in its outermost orbit or its valency is +1. Due to this, sodium is a highly reactive chemical element and is found only in the form of compounds. There are 20 known isotopes of sodium but only one 23Na is found to be stable. With changes in the surrounding physical conditions, the properties of this element change.

Chemical properties are all those properties that are visible only when any reaction is taking place between sodium and any other chemical substance. As per the periodic table, sodium is more reactive than lithium and less reactive than potassium. 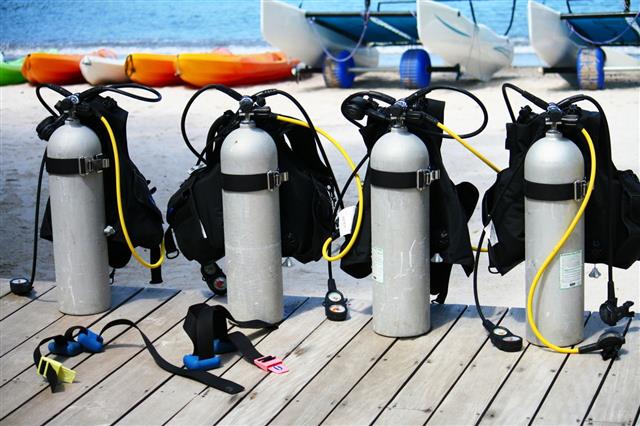 Sodium readily reacts with oxygen to form sodium oxide. When pure form of sodium comes in contact with air, it forms sodium oxide instantly, and this oxide forms a white coating and protects the underlying metal from any further reaction. Hence it is often kept in oil to prevent it from reacting with oxygen. When sodium is burnt in air, it reacts with atmospheric oxygen to form sodium peroxide (Na2O2). Whereas on burning in limited supply of oxygen, it forms sodium oxide (Na2O). If this burning process is carried out under pressure, sodium superoxide (NaO2) is formed. 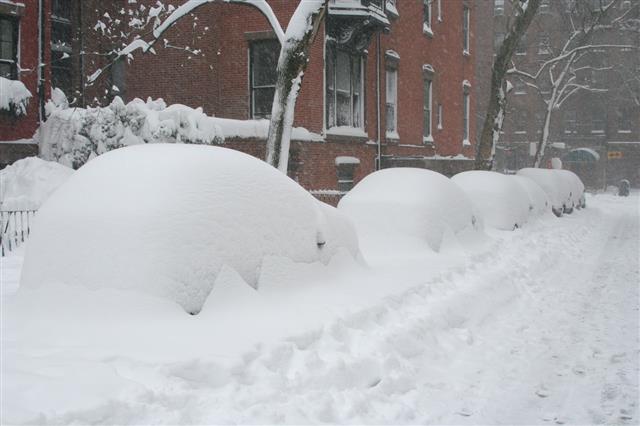 Reaction of sodium with water and even with snow and ice results in the formation of sodium hydroxide and hydrogen gas. As heat is produced during this reaction, it is called exothermic reaction. This released heat often ignites the hydrogen gas and as a result a fire may break out. If large pieces of sodium are put into water it can lead to a loud explosion.

Sodium is more reactive in air when in a liquid state than in a solid state. Metallic sodium reacts with ordinary air to form a thin sodium hydroxide film (NaOH). It further absorbs carbon dioxide from the air to form sodium bicarbonate (NaHCO3). In a dry air atmosphere, sodium burns by giving away a dense white caustic smoke. Oxidation of sodium in dry air will result into sodium monoxide (Na2O).

Under two different conditions, reaction of sodium with ammonia yields two different products. When the reaction takes place in the presence of hot coke or pure carbon, then sodium cyanide (NaCN) and hydrogen are obtained. On reaction with liquid ammonia, where iron, cobalt or nickel act as catalyst, sodium amide (NaNH2) and hydrogen gas are formed.

Sodium reacts with hydrocarbon compounds with double bonds to make them saturated (single bonded). This type of reaction is often referred to as addition reaction.

It also reacts with mercury to form a sodium amalgam which is an alloy of mercury and sodium.

On addition of sodium into alcohol, a compound is formed, which is called alkoxide. This reaction has some similarity with sodium’s reaction with water as in both the cases it replaces one hydrogen atom.

Sodium dissolves in diluted sulfuric acid and this results in the formation of solutions that has aquated Na(I) ions along with hydrogen gas.

When sodium comes into contact with alkenes and dienes, it forms additional products. One such product formed the basis of making an early synthetic rubber known as buna rubber.

Sodium does not react with nitrogen, hence it is usually stored by immersing in nitrogen atmosphere or in inert liquids like kerosene or naphtha.

Physical properties are those aspects of the element that can be perceived or measured. These include density, melting point, boiling point, electric conductivity, etc.

Sodium has a body-centered cubic (bcc) structure. It has a hardness of 0.5 mohs. At room temperature, sodium is found in the form of a solid metallic substance which is very soft to touch. Due to its softness, you can easily cut it with the help of a table knife. If the surface of sodium is freshly cut, it will oxidize rapidly in the air to form an oxide coating.

Sodium not exposed to air is silvery-white in color and is bright and shiny. When it is exposed to air, it becomes dull and gray because of the reaction with the oxygen present in the atmosphere. Freshly exposed sodium is lustrous and is usually bright silver in color. However, due to tarnishing a white-colored coating of sodium hydroxide and sodium carbonate in formed. Exposure at elevated pressure of 1.5 Mbar changes its color to black and turns transparent red in color at 1.9 Mbar. On further exposure at elevated pressure it turns transparent at 3 Mbar. Sodium’s compounds are white in color.

Sodium has extremely low density and it is a bit lower than that of water. For this reason, if you place it in water, it will float. Though after some time, it will react violently on contact with water and release large amounts of heat that may result in outbreak of flames. Sodium or it’s compounds can turn a flame yellow and can burn in the air with a brilliant yellow flame. Both the melting and boiling point of sodium are quite high. Its boiling point is at 883° C and melting point is at 97.72° C. Sodium is a good conductor of electricity, which means that electric current can pass through this element without much resistance.

Abundant sodium is found in the sun and stars. The dominant yellow component in their light is the result of sodium atoms in a high-energy state.

The D lines of sodium can be easily seen in the solar spectrum.

Sodium is the sixth most abundant element in the Earth’s crust and contains 2.6% of sodium(by weight) in all its forms.

Also, sodium is the second most abundant element which is dissolved in sea water.

It is also found in salty lakes, alkaline lakes and mineral spring water. 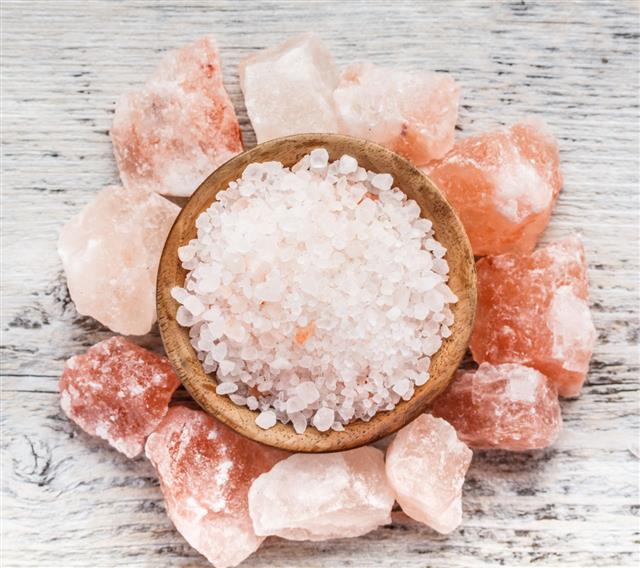 Sodium chloride (salt) is the most common sodium compound.

It is also found in many minerals like cryolite, soda niter, zeolite, amphibole and sodalite.

Sodium ions are instrumental for the transmission of electrical signals in the nervous system and to regulate the water balance between body cells and body fluids. 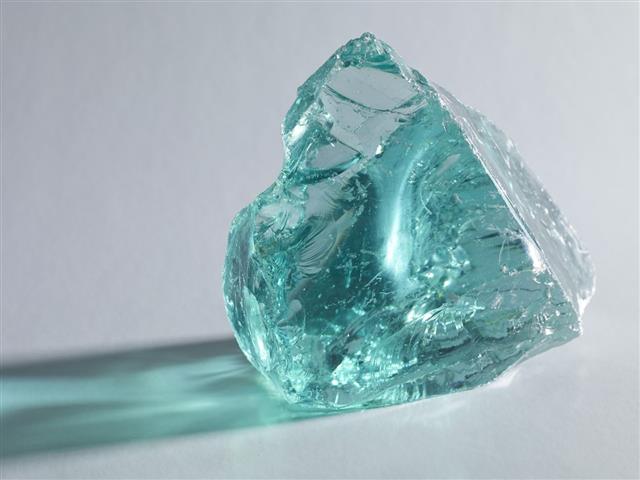 Compounds of sodium are also used for the purpose of making soaps, petroleum and chemicals.

Sodium vapor lamps are energy-efficient and are used in street lights.

Liquid sodium is used as a heat transfer agent to cool nuclear reactors.

Sodium is also used in making tetraethyllead which is used as an additive in aviation fuel.

Sodium is utilized for modifying the structure of alloys and, enhancing their mechanical properties along with fluidity.

Though it is an abundantly available metal, sodium cannot be found freely in nature. It is derived after the electrolysis of dry fused sodium chloride. Some of the reactions are binary (formed by two elements), some are ternary (formed by three elements) and others have more complex forms. All these chemical and physical properties of sodium are responsible for the formation of such a large variety of sodium compounds in nature. Sodium, though not toxic, can cause burns and irritation when it comes in contact with human skin. Do not forget, a fire induced by sodium requires dry-powder fire extinguishers, as sodium reacts with carbon dioxide present in regular extinguishers.