Bromine and chlorine are similar chemical elements. Both are halogens found in nature. The following discussion will help you to gain more information about these chemicals in detail. 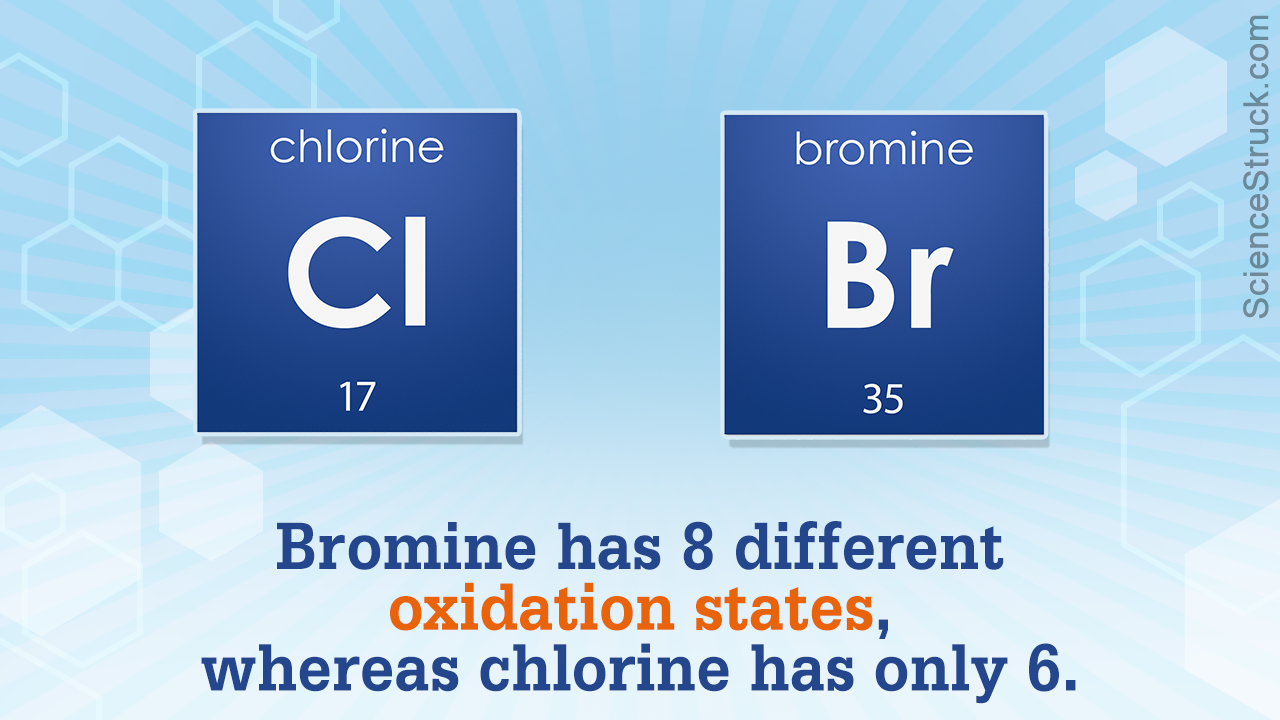 Bromine and chlorine are similar chemical elements. Both are halogens found in nature. The following discussion will help you to gain more information about these chemicals in detail.

Different elements are found in nature, each with their specific advantages and disadvantages. When discussing bromine and chlorine, two aspects need to be considered; namely, temperature and volume. At increased temperatures, the former is more effective than the latter. Before going to the main differences between these elements, let’s know about their occurrence in nature.

Bromine molecule (Br2) never occurs in a pure form in nature; it is always found in the form of some compounds like bromine salts. Various organic compounds like organobromine are also found in a natural state. This element is mainly found in the Earth’s continental crust, and its atmospheric concentration is negligible. Notable bromine deposits are found in China, Israel, and the US.

Chlorine concentration is more than that of bromine in the Earth’s crust in the form of various chloride salts. More than 2000 compounds have been discovered, which are naturally formed. The Dead Sea contains massive amounts of chloride salts, one of the highest concentrations of chlorine molecule in the world. Halite and Sylvite are two main minerals that show a significant occurrence of chlorine.

Properties and Uses of Bromine and Chlorine

▸ Discoverer Antione Balard referred to bromine as muride to mean ‘obtained from seawater’. When his discovery was published, the name of the element was officially changed to ‘Bromine’. Though chlorine was discovered much before bromine, British chemist Sir Humphry Davy gave it the official name ‘Chlorine’ only in 1810.

▸ Bromine is heavy and has a strong pungent odor. It is found in the Earth’s crust and in seawater combined with other elements. Chlorine is found in nature in a combined state, mostly with the element sodium, forming sodium chloride (NaCl) or common salt.

▸ Bromine is used while preparing flameproofing agents, fumigants, dyes, water purification compounds, and medicines. This chemical element can also be used in making gasoline anti-knock compounds. When it comes to choosing between bromine and chlorine for hot tubs, the former is the best option. It is used as a disinfectant, as a bleaching agent, and is also used to clean swimming pools. It is used for the purification of water. This element is utilized for the production of dyestuffs, paper products, insecticides, plastics, paints, textiles, medicines, etc. It is also used in inorganic bromides for photography.

▸ If bromine comes in contact with the skin, it can cause painful sores, and hence, safety precautions should be taken while handling it. It also has an irritating effect on the throat and eyes. Chlorine causes irritation of the mucous membrane. In 1915, it was also used as war gas. It can also cause burns when in liquid form. So overexposure to this element should be avoided.

Though chlorine is abundantly present in the Earth’s crust and finds many commercial and household applications, bromine is an equally important chemical element. Though both these elements belong to the same group (Halogens), and have similar properties, they are different in quite a few ways.