An Easy Explanation of the Basics of Quantum Mechanics for Dummies

Next time when a physics professor says that the probability of your position at any given time, in the whole universe, is never zero, don't think he has lost his marbles. This is where we can start with an explanation of the basics of quantum mechanics for dummies.

Next time when a physics professor says that the probability of your position at any given time, in the whole universe, is never zero, don’t think he has lost his marbles. This is where we can start with an explanation of the basics of quantum mechanics for dummies. 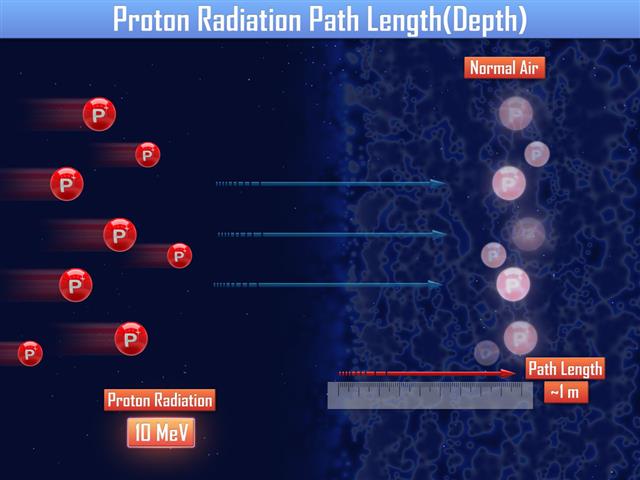 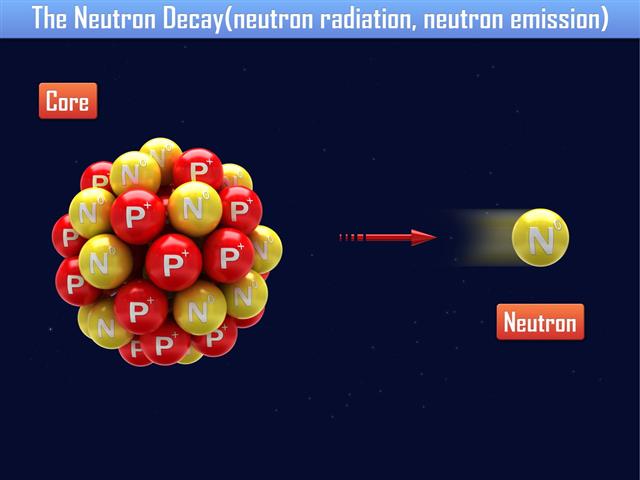 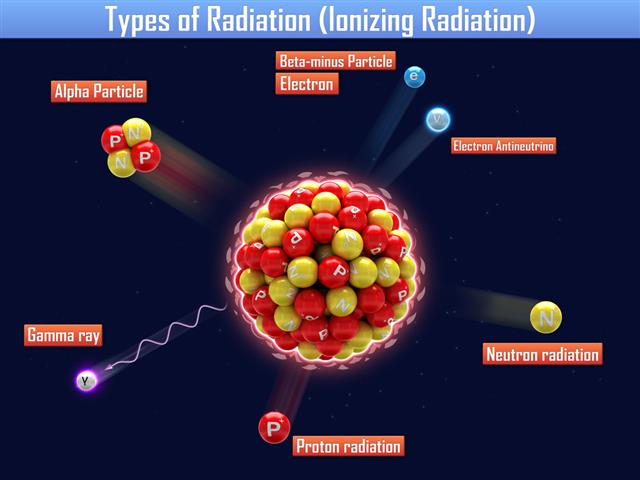 Spooky, bizarre and mind-boggling are all understatements when it comes to quantum physics. Things in the subatomic world of quantum mechanics defy all logic of our macroscopic world. Particles can actually tunnel through walls, appear out of thin air and disappear, stay entangled and choose to behave like waves.

According to Niels Bohr, the father of the orthodox ‘Copenhagen Interpretation’ of quantum physics, “Anyone who is not shocked by quantum theory has not understood it”. Richard Feynman, one of the founders of quantum field theory remarked, “I think I can safely say that nobody understands quantum theory”.

Quantum mechanics deals with the study of particles at the atomic and subatomic levels. The term was coined by Max Born in 1924. Though the theory works to provide accurate predictions of phenomena at the subatomic scales, there is no real understanding of why it works, what it really means or what implications it has for our world picture. Ergo, the best we can do is present you with the central mystery at the heart of quantum mechanics and show you the way its theoretical structure works to provide real world predictions. Once you decide to go down the rabbit hole, the wonderland of quantum physics, will keep you enthralled forever. So here we go.

As seen by a layman, quantum mechanics appears to be more like a bizarre phenomenon or science fantasy flick, full of jargon and complicated mathematical equations. However, it is easier to take a look at the basics of quantum mechanics, provided one isn’t baffled by the fact that every electron is a particle, as well as a wave at the same time. In fact, the truth is even stranger. Electron cannot fall on either side of the particle/wave dichotomy. It is only described by a wavefunction or state vector, that can compute the probability or likelihood of finding a particle. The theory sets fundamental limitations on how accurately we can measure particle parameters, replacing classical determinism with probabilistic determinism. The theory describes just about every phenomena in nature, ranging from the blueness of the sky to the structure of the molecules that make organic life possible.

Quantum mechanics arose as a superior theory, due to the fundamental failure of classical mechanics to describe several atomic phenomena. With the discovery of electron, by J.J. Thomson, in the year 1897, the whole idea of classical physics was shown to be inapplicable at the atomic level.

Classical physics, which was governed by Newton’s laws of motion and Maxwell’s laws of electromagnetism, was used to define and predict the motion of particles. But this theory was not able to explain the following three critical and world famous experiments.

According to the classical theory, a black body (any object capable of absorbing radiation at all frequencies and radiating it back) would emit infinite amount of energy. This was not found to be true experimentally. The energy emitted by a black body seemed to be a function of its frequency, showing a typical bell shaped curve. In 1901, Max Planck accurately described the energy output of a black body, by introducing the Planck’s constant (h = 6.626068 x 10-34 m2 kg/s).

The Planck relation (E = hν where E is energy, h is the Planck’s constant and ν is the frequency of radiation), implied that energy could only be traded in ‘packets‘ or ‘quanta‘. This discretization brought in by energy quanta was a fundamental shift in thinking, inconsistent with classical institution of physicists at the time. That’s why the theory came to be known as quantum physics.

When ultraviolet light is shone on certain metal surfaces, electrons are emitted. This phenomenon, whereby electrons in atoms get liberated by the absorption of energy from incident light, is called the photoelectric effect.

Classical electromagnetic theory predicted that the number of electrons emitted and their kinetic energy is dependent on the intensity of light reflected from the surface. However, experiments showed that the energy and number of electrons was a function of frequency. Using Planck’s energy quantization rule (E = hν ), Albert Einstein conceptualized light as a stream of photons, successfully explaining the photoelectric effect in terms of light frequency. Thus light, which was hitherto known to be a wave, was now known to have a dual character – that of a wave and a particle.

All these phenomenological developments and heuristic theory laid ground for the old quantum theory. It was further amended by scientists like W. Heisenberg and E. Schrödinger to form the new quantum theory based on the central principle of the wave nature of matter particles.

Basics of Quantum Physics For Dummies

Experiments like the photoelectric effect demonstrated particle wave duality of light. If light waves behaved like particles, could matter particles also behave like waves? In 1924 Louis de Broglie, a French physicist, hypothesized the existence of Matter Waves corresponding to every particle, whose wavelength would be inversely proportional to the momentum of the particle.

Experiments conducted by Davisson and Germer at Bell Labs in 1927, conclusively proved the wave nature of particles. The duo fired electrons at a crystallized nickel target to observe wave-like diffraction patterns. Till date, such a pattern was only observed for light waves. Thus it was conclusively proved that particles behave like waves and vice versa.

In 1926, Erwin Schrödinger formulated an equation that described the behavior of these matter waves. He successfully derived the energy spectrum of Hydrogen atom, by treating orbital electrons as standing matter waves. Max Born interpreted the square of amplitude of these waves to be the probability of finding associated particles in a localized region. All these developments led to the establishment of quantum mechanics as a scientific theory, well grounded in experiment and formalism. The wavefunction describing any particle in quantum mechanics is a matter wave, whose form is computed through the use of Schrödinger equation. Ergo, matter waves form the central most important feature of quantum mechanics.

The more precisely the position is determined, the less precisely the momentum is known in this instant, and vice versa. – Werner Heisenberg

In its most non-nerdy version, it states – ‘You cannot know the position of a particle and how fast it’s moving with arbitrary precision at the same moment.’ Or, ‘It is fundamentally impossible to simultaneously know the position and momentum of a particle at the same moment with arbitrary accuracy.’ Quantitatively, the principle can be stated as follows:

The fundamental limitation on accuracy is quantified in the form of the Planck’s constant. No matter how accurate your measuring equipment is, it is singularly impossible to reduce the error in measurement to less than the Planck’s constant. This is because a particle being a matter wave, is inherently delocalized (spread out in space). The more accurately you know the position, more uncertain you are about the momentum and vice versa. Generally, the uncertainty principle is applicable to any dual set of complementary physical quantities that cannot be measured with arbitrary precision.

Since we cannot measure the position of a particle accurately, the entire concept of a fixed orbit or trajectory goes for a toss. You can no longer plot the path of a particle on a graph, like in Newtonian mechanics.

The particle itself being a wave has its position spread out in space. The entirety of information about particles is encoded in the wavefunction Ψ, that is computed in quantum mechanics, using the Schrodinger equation – a partial differential equation that can determine the nature and time development of the wavefunction.

Once we have Ψ (the wave function) – for a system, the probability of a particle’s position is determined by the square of its modulus – │Ψ│2. So we have essentially given up on predicting the position of a particle accurately, because of the uncertainty principle. All we can do is predict the probabilities.

One unnerving consequence of this fact is that, until a measurement is made, the particle essentially exists in all positions! This paradox was put forward famously in the form of the Schrödinger’s cat in the box thought experiment.

Schrödinger’s Cat in a Box

This is a hypothetical experiment in which a cat’s put inside a box, with some equipment which releases poisonous gas, on detection of beta particles emitted by a radioactive source. Since beta emission is random by nature, there is no way of knowing when the cat dies.

What we have introduced you to here, is just the proverbial tip of the iceberg. Quantum mechanics allows one to think of interactions between correlated objects, at a pace faster than the speed of light (the phenomenon known as quantum entanglement), frictionless fluid flow in the form of superfluids with zero viscosity and current flow with zero resistance in superconductors. It may one day revolutionize the way computers operate, through quantum computing. It also lays the foundation of advanced theory of relativity, knows as quantum field theory, which underlies all of particle physics.

At the initial stage, you might find your brain circuits getting fused, while trying to grasp the basics of quantum mechanics. However, as you delve deeper into quantum wonderland, into the intricacies and complexities of equations and see the application in real life, the fascination goes on rising, revealing beauty at the most fundamental level. The world is not just what is seen by naked eyes, but something which is far beyond our comprehension. Quantum mechanics has revolutionized the study of physics, and opened the gateway to see new horizons. 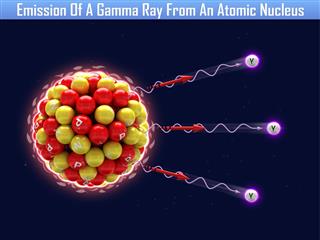 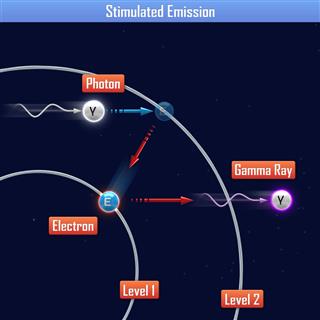 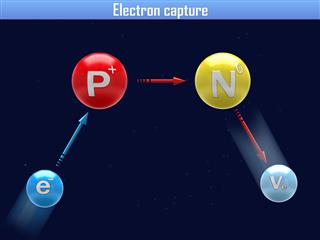