Boon or Bane? Advantages and Disadvantages of Nuclear Energy

The use of nuclear power is debatable, with some proposing it for the amount of energy produced, while some dead against it because of its potential threat to environment and human life. The advantages and disadvantages of nuclear energy provided by ScienceStruck will help you form an opinion about the same.

The use of nuclear power is debatable, with some proposing it for the amount of energy produced, while some dead against it because of its potential threat to environment and human life. The advantages and disadvantages of nuclear energy provided by ScienceStruck will help you form an opinion about the same.

In Oklo, Gabon (continent of Africa), self-sustaining nuclear chain reactions occurred approximately 1.7 billion years ago. Here, a natural nuclear reactor was formed due to deposits of uranium and presence of groundwater.

where E is energy,
m is mass,
and c is the speed of light in vacuum

The energy released is the result of the differences in total mass of the participating elements, before and after the reaction. The process is a chain reaction, and energy is released until the atom becomes stable.

Contribution of many scientists helped in the discovery of nuclear energy. Nuclear reactors are the devices that initiate and control nuclear chain reactions. They generate nuclear power.

Currently, the fission process is prominently carried out in most of the nuclear reactors to generate energy. Uranium (U-235) is used as a fuel for nuclear reactors because it is fissile (can undergo induced fission chain reaction). Fission reaction generates heat that boils water and produces steam. The pressurized steam causes the steam turbines to move, resulting in the production of electricity.

Nuclear reactions release a million times more energy, as compared to hydro or wind energy. Hence, a large amount of electricity can be generated. Presently, approximately 10-15% of the world’s electricity is generated through nuclear energy. Did you know that one kilogram of uranium-235 approximately produces as much energy as 1,500 tons (1,500,000 kilograms) of coal?

The biggest advantage of this energy is that greenhouse gases (carbon dioxide, methane, ozone, chlorofluorocarbon) are not released during a nuclear reaction. Greenhouse gases are a major threat in the current scenario, as they cause global warming and climate change. As there is no emission of these gases during nuclear reaction, there is very little effect on the environment.

The burning of fossil fuels leads to production of carbon dioxide and smoke. It is a menace to the environment as well as human life. Production of nuclear energy does not emit smoke, hence, there is no direct air pollution. However, disposal of radioactive waste is a major issue today.

Nuclear reactors make use of uranium as fuel. Fission reaction of a small amount of uranium generates a large amount of energy. Currently, the reserves of uranium found on the Earth are expected to last for another 100 years. Secondly, using this energy can make many nations energy independent, and not dependent on those unearthing fossil fuels.

Without human errors, accidents, or natural calamities, the nuclear reactors work very well and can go on for a long time. Secondly, once constructed, the plant requires very few people to operate it.

Accidental release of harmful radiation is one of the biggest drawbacks of nuclear energy. The fission process releases radiation, but, is controlled in a nuclear reactor. Now, if these safety measures fail, the radiation may come in contact with the environment, resulting in severe damage to the ecosystem and loss of life.

Although they produce large amount of energy, nuclear reactors depend on uranium, which is an exhaustible fuel. Its extinction can again cause a grave problem. Once exhausted, the reactors will be of no use, will have to be shutdown, but will remain occupying large area of land, and contaminating the environment.

This energy can be used for production and proliferation of nuclear weapons. Nuclear weapons make use of fission, fusion, or combination of both reactions for destructive purposes. They are a major threat to the world as they can cause a large-scale devastation. Their effects can be observed for many generations (e.g., atomic bombings of Hiroshima and Nagasaki).

Though large amount of energy can be produced from a nuclear power plant, it requires large capital cost. Around 10-15 years are required to develop a single plant. It is not very feasible to build a nuclear power plant. Secondly, one cannot ignore the fact that the nuclear reactors will work as long as uranium is available.

The waste produced after fission reactions contains unstable elements, and is highly radioactive. It is very dangerous to the environment as well as human health, and remains so for hundreds of years. It needs professional handling and should be kept isolated from the living environment. The radioactivity of these elements reduces over a period, after decaying. Hence, they have to be carefully stored and disposed. It is very difficult to store radioactive elements for a long period.

There have been two most disastrous nuclear power plant accidents to date: the Chernobyl disaster that occurred at the Chernobyl Nuclear Power Plant (1986) in Ukraine, and the Fukushima Daiichi nuclear disaster (2011) in Japan. Large amount of radiation was released in the environment after these incidents, leading to fatalities, damage of nature, and land. One cannot deny the possibility of repetition of such disasters in future.

Transport of uranium fuel and the radioactive waste is very difficult. Uranium emits some amount of radiation, and hence, needs to be handled with care. Secondly, the nuclear waste produced is more hazardous and needs extra protection. All transportation means should follow the international safety standards. Although no accidents or spills are reported as of now, the transportation process is still challenging.

As mentioned at the beginning of this article, there is an ongoing debate about the use of nuclear energy. There are proponents and opponents of it. Knowing the pros and cons in detail will help know more about the debate and the issues involved. However, only the future will make it clear whether nuclear energy is a boon or a bane! 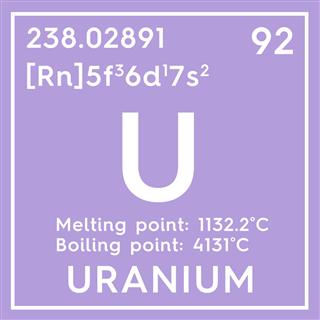 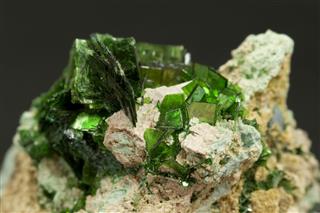