Yes, There are Active Volcanoes in the United States Too!

Home / Uncategorized / Yes, There are Active Volcanoes in the United States Too! 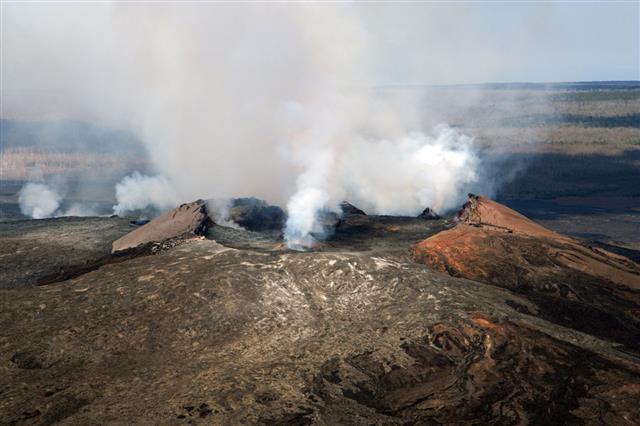 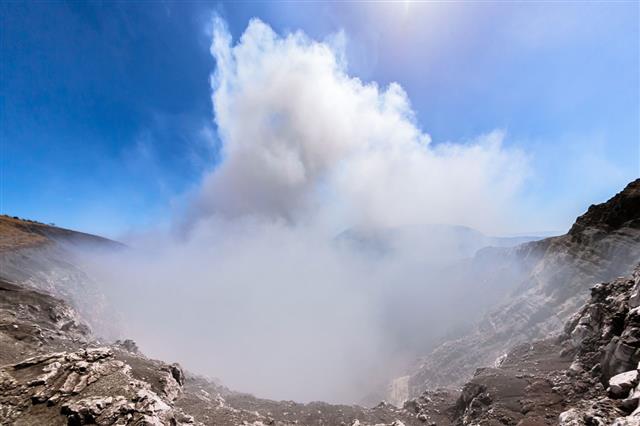 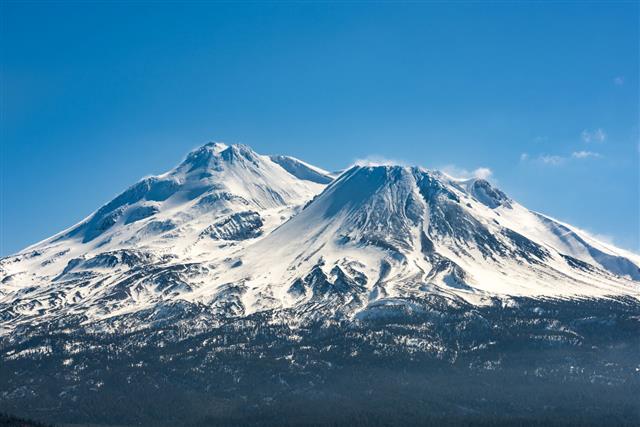 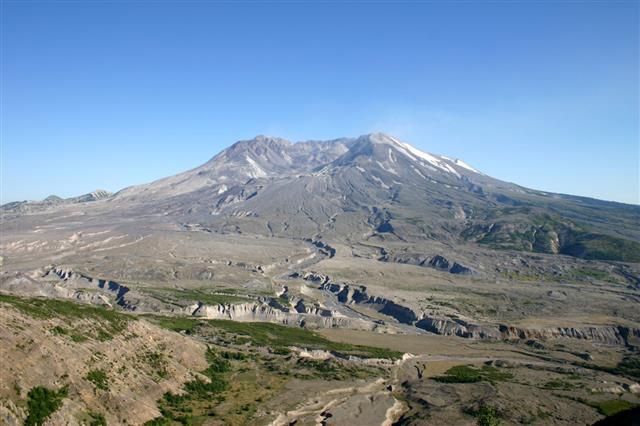 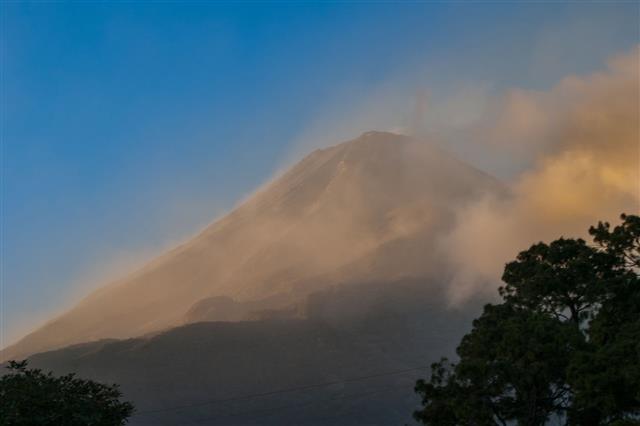 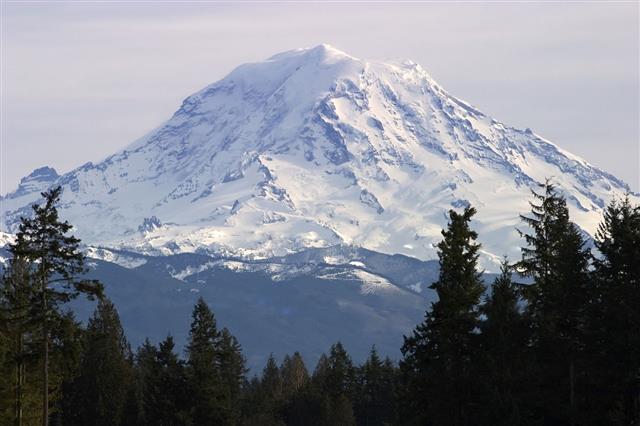 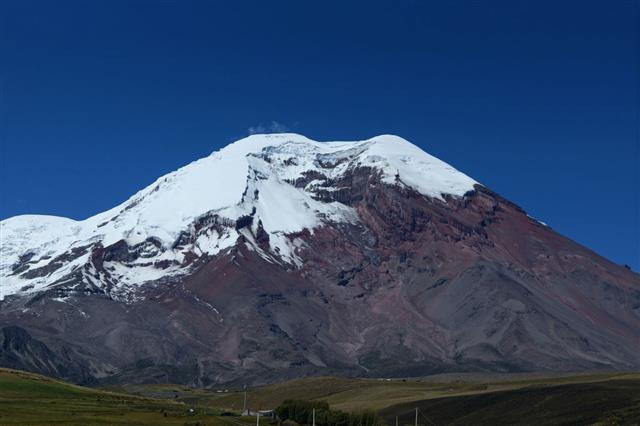 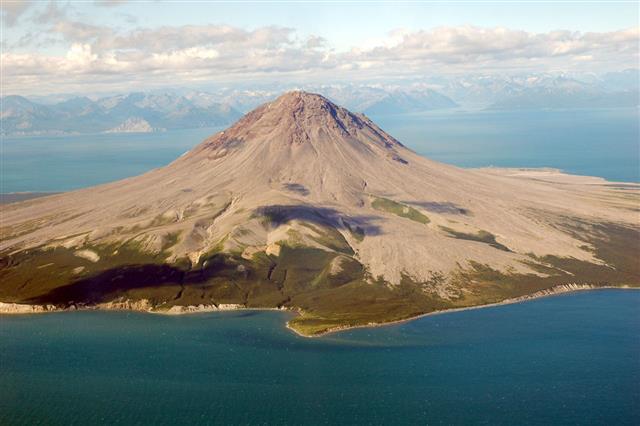 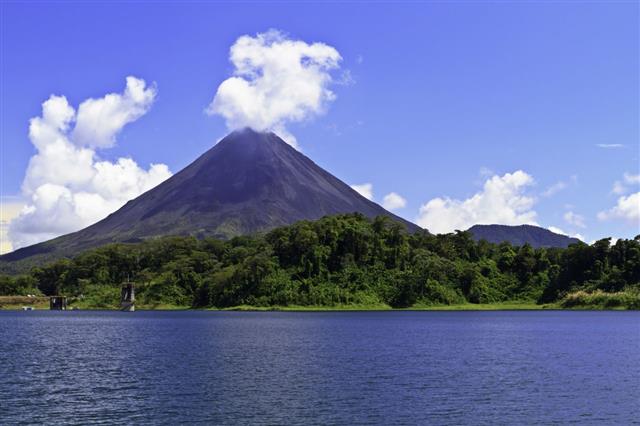 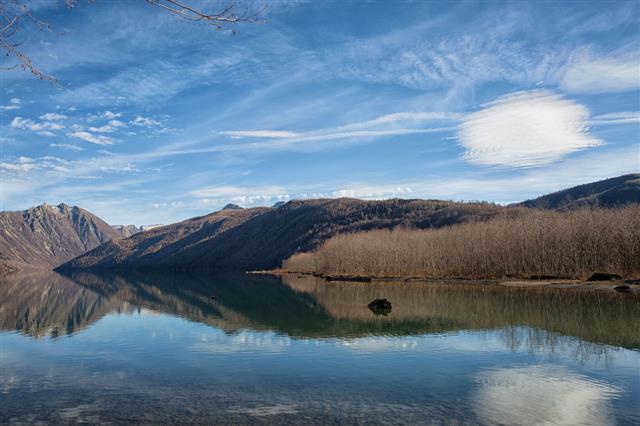 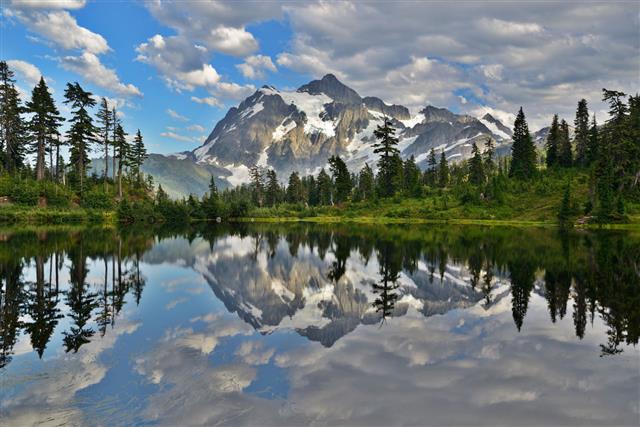 A volcano is an opening on the surface of the earth which allows molten rock, volcanic ash, gases and pyroclastic debris to erupt when tectonic plates diverge or converge.

The volcanoes that have erupted and since stayed quiet, are termed as dormant volcanoes. Dormant volcanoes are inactive volcanoes which have become incapable of a volcanic eruption due to lack of contact with the magma underneath them.

An active volcano is defined as any volcano that has erupted at least once in the last 600 years. However, scientists, seismologists, and many experts in geology, agree that there is no downright distinguishable definition of an active volcano. Geologically, even a volcano that has been quiet for a thousand years, could erupt violently, with or without any prior seismic signs.

There are about 1,500 active volcanoes in the world, and about 169 in USA. Here are the ones worth talking about.

Mauna Loa (meaning Long Mountain), is located in Hawaii. Elevated to about 4,169 meters, Mauna Loa is one of the five mountains that form the Island of Hawaii. Since 1843, there have been 33 eruptions reported. Although Mauna Loa hasn’t erupted since 1984, frequently inflating seismic activity has been recorded over the years. While volcanic activities on the Island of Hawaii rarely cause human injuries and fatalities, the 1950 eruption destroyed many nearby villages.

Mauna Loa is so voluminous, that it has bent the oceanic crust lying underneath it.

Since 1823, there have been 61 eruptions recorded at Kilauea, making it one the most active volcanoes on Earth. In fact, the current eruption has been ongoing since 1983, and is the longest eruption in the world. Although Kilauea’s recent eruptions are all effusive, once upon a time it was thought to be extremely violent and explosive. Along with Mauna Loa, Kilauea is one of the five volcanoes that form the Island of Hawaii.

Augustine lies on the south central coast of Alaska. Augustine’s most notorious, although not the most violent eruption, occurred in March 1986, when it deposited a cloud of ash over Anchorage, resulting in flight disruptions and widespread breath-related medical problems. Augustine Island, an island that surrounds the Augustine volcano, is primarily made of lava and other volcanic deposits from historic eruptions.

Standing tall at 14,411 feet, Mt. Rainier is a heavily glaciated peak, which, in case of an eruption, can flood the nearby Puyallup river. Furthermore, its proximity to Seattle downtown and the Seattle-Tacoma International Airport only adds to the risk. Mt. Rainier is a prime feature in Seattle’s skyline, and on clear and sunny days, can even be spotted from as far away as Portland, Oregon.

Although it was last officially recorded to have erupted in 1894, Mt. Rainier is listed as an active and potentially dangerous volcano, because of its efficacy to cause large-scale damage to human life and property.

In 2004, South Sister and the surrounding region experienced a continuous sequence of about a hundred earthquakes, raising a possibility that the peak was awakening. However, the possibilities waned as the earthquakes toned down.

In May 1980, St. Helens in Skamania County, Washington, erupted and spewed lava to a height of 80,000 feet, so violently, that its ash clouded 11 nearby states. The eruption, which followed a series of seismic upheavals, was followed by steam vent blows that continued for a year. The vent blows were accompanied by over two months of small earthquakes. This eruption has caused the highest economic damage by any volcanic eruption and earthquake recorded in the history of the United States.

St. Helens is located in the Cascade Volcanic Arc, which houses over 160 active volcanoes, making it extremely dangerous and possibly life and property threatening.

Mt. Shasta is one of the many active and dangerous volcanoes in the state of California. Known to eject volcanic ash and andesite lava in humongous volumes, Mt. Shasta too holds the same threat as Mt. Rainier – the Whitney Glacier will cause large water waves and flood the surrounding areas in the event of an eruption.

Another active and dangerous volcano, Mt. Redoubt lies in Alaska, and has erupted five times in over a century, the most volatile being in 1989. The eruption spit ash to a height of 45,000 feet, causing an ash cloud to cover an area of over 7,000 square miles. The eruption was so violent that it caused sudden melting of snow and ice, which flowed down the mountain and into the Cook Inlet.

At the beginning of 2009, Mt. Redoubt erupted again, but this time only steam and ash plumed. This was preceded by hourly earthquakes and heavy seismic activity.

Lōʻihi Seamount is a submarine volcano, and also the youngest volcano in Hawaii. According to USGS’s Hawaiian Volcano Observatory reports, Seamount triggered off over 4,000 earthquakes in July/August 1996, raising concerns of an eruption. However, subsequent research and expeditions concluded that the eruption had actually occurred before the series of earthquakes was triggered off.

Although Lōʻihi Seamount
has remained largely quiet since 1996, it continues to be on the active volcanoes list due to an earthquake it generated in 2005.

Located on the Northern Mariana Islands, Anatahan came to attention when it suddenly erupted in May 2003. Until then, Anatahan did not have any prior recorded eruption history. Another eruption occurred in 2007, which lasted for almost about a year. Since then, Anatahan’s seismic activity has gradually reduced.

Mt. Cleveland is one of the most active volcanoes in the United States. Located in the Aleutian Arc of Alaska, it has erupted more than twenty times in about 200 years. It erupted thrice in 2009, twice in 2010, and once in 2011. One of Mt. Cleveland’s common eruption material is steam, which indicates constant seismic activity. Due to this continuous seismic activity, Mt. Cleveland is listed as an extremely dangerous volcano.

Another Alaskan feature, Kasatochi’s summit has a large crater lake, caused by an eruption many years ago. Kasatochi last exploded in 2008, spewing volcanic ash to a height of 45,000 feet. Surprisingly, seismic activity recorded on Kasatochi before this eruption was in 1889, and that too did not result in a volcanic eruption. Kasatochi was home to Least Auklets and Crested Auklets, species of birds native to Alaska. However, they seem to have shifted base prior to the 2008 eruption.

Post the 2008 eruption, Kasatochi has shown no signs of life or vegetation whatsoever.

Okmok gained prominence as an active volcano when it erupted in July 2008, without any prior warning or activity. The eruption continued for at least 5 days, and volcanic mudflows occurred in heavy volumes. Okmok’s seismic activity since has kept it active, and potentially open to a violent and abrupt eruption anytime.

Located in Washington state, Mt. Baker is one of the lesser known and youngest volcano peaks in the Cascade Volcanic Range. It is a glaciated volcano, and hasn’t erupted since 1880. However, frequent tremors, fumarolic activities, and regular deposition of avalanche debris has kept it on the active volcanoes list.

A composite volcano, Lassen Peak lies in the southernmost region of the Cascade Volcanic Arc. Lassen Peak experienced a series of large eruptions between 1914 and 1917; one particular eruption in 1915 devastating nearby areas. Lassen Peak’s summit consists of a number of craters believed to have been caused by this series of eruptions.

Since 1915, steam explosions have occurred at Lassen Peak for nearly 3 to 4 decades, but it has been quiet ever since. Most of the steam vents, caused by steam explosions, have been buried due to constant melting of glaciers. Lassen Peak is one of the few, and the highest, plug dome structured volcano. A plug dome volcano is a volcano where erupting lava collects immense gradual strength and shoots up the summit cone like a piston.

The United States Geological Survey (USGS) has observatories on almost all of these active volcano peaks, and issues time-to-time warnings about agitated seismic activities. Though evacuation orders are issued in cases of extremely dangerous situations, and when human life or entire communities are at risk, very few of these active volcano peaks have high density settlements around them to cause large-scale damage to human life and property. 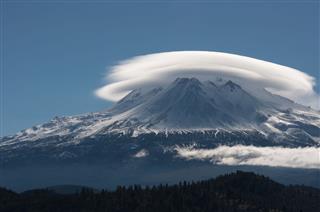 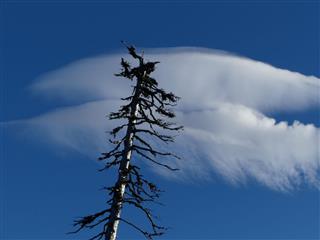 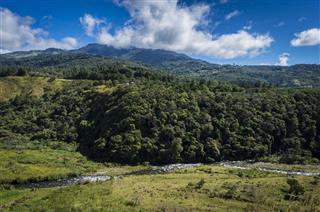 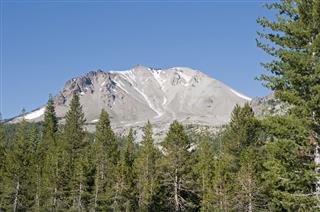